RPV offers $1,000 for photograph of AG Herring in blackface

I am not making this up. The Republican party of Virginia is offering a $1,000 reward to anyone who can give them, or lead them to, a photograph of Attorney General Mark Herring in blackface.  In early February Herring claimed to have worn blackface at a party in college but also claimed no picture exists.  The Virginia GOP is challenging that.  Their statement,

“There has been much talk of a picture of Mark Herring in blackface existing in a UVA Sigma Chi fraternity yearbook from his time there.

Herring stated that he spoke with “college friends” about his appearance in blackface and double checked if anyone had photo evidence of his indiscretions. Herring claims to not know if there is a photo, but does anyone really believe him? The Republican Party of Virginia is seeking further evidence of Mark Herring’s blackface and the witnesses to his racist past.

*Reward only available to first person to provide verifiable photograph.” 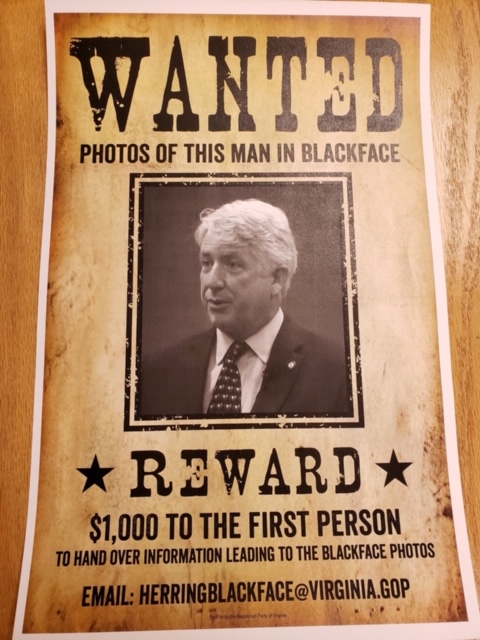 More on this foolishness here and here.