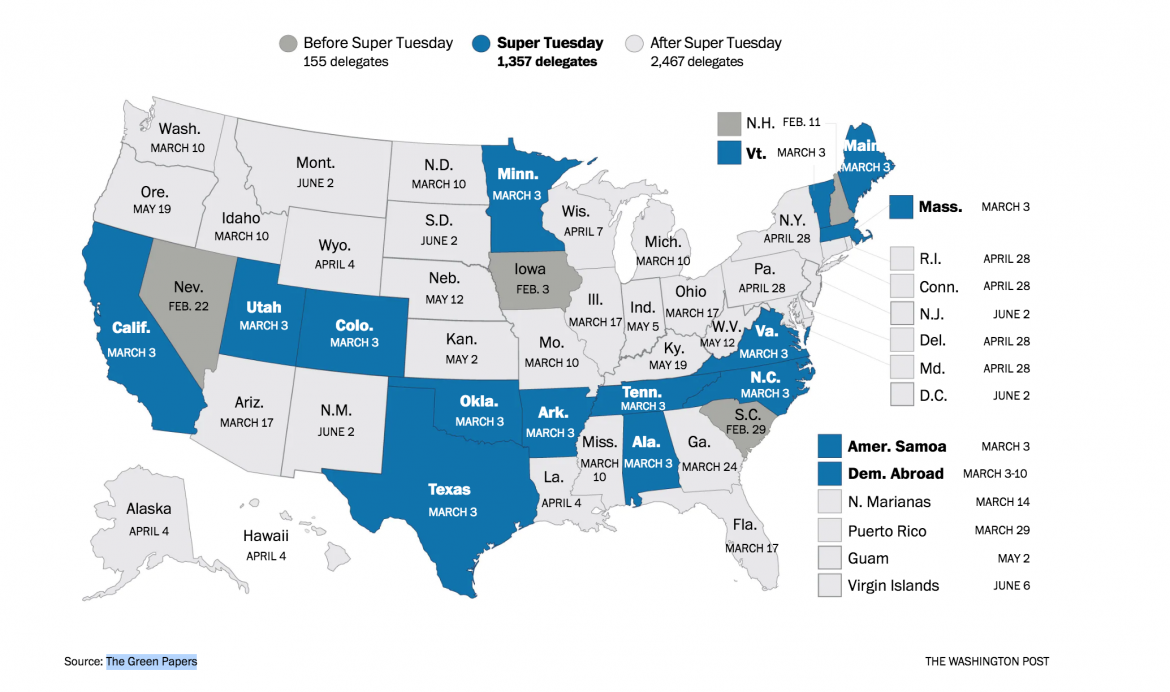 Many Republicans across the state intend to vote in the Democrat primary on Super Tuesday, with the majority voting for Bernie Sanders. They believe he would not only be the most likely candidate for President Trump to beat in Virginia, Bernie would also be the most harmful to Democrat candidates down-ballot, in particular, the new Democrat Congresswomen in our 2nd and 7th Congressional districts. They would be impacted negatively by a Trump win in Virginia and give Republicans a chance to reclaim those seats.

Tom Steyer and Pete Buttigieg have dropped out of the race for President so only 5 viable (or semi-viable) Democrat candidates remain, Bernie Sanders, Elizabeth Warren, Joe Biden, Michael Bloomberg, and Amy Klobuchar. Warren may drop out after Tuesday, particularly if on Tuesday she loses her home state of Massachusetts. Amy Klobuchar is likely to win her home state of Minnesota but that does not mean she will remain in the race. Assuming Michael Bloomberg can’t buy his way to the nomination, the race is between Joe Biden and Bernie Sanders. Joe Biden will do better in Virginia against the President than would Sanders. Therefore many Republicans hope to go to the polls on Tuesday to vote for Bernie.

Earlier today I asked Chris Marston, Legal Counsel of the Republican Party of Virginia, what the consequences would be for Republicans who intend to crossover and vote in the Democrat primary on Tuesday. His response:

Under the Party Plan, anyone who participates in another party’s nominating contest is barred from participating in our Party-run nominating processes for a period of 5 years.


The Plan does allow someone who participates in another party’s nominating process to sign a statement renouncing his or her affiliation with the other party, but that is only allowed once every five years.

As a Republican voting in Tuesday’s Democrat primary, you will be barred from participating in the Republican party nominating processes (conventions, mass meetings, and firehouse primaries, but you are allowed to vote in any Republican primary) for 5 years unless you sign a statement renouncing any affiliation with the Democrat party. The form:

I acknowledge that I have participated in the nomination process of a party other than the Republican Party with in the last five years.

I therefore renounce my previous affiliation with any other political party and declare that I am in accord with the principles of the Republican Party.

I further declare that it is my intent to support the nominees of the Republican Party in the future.

If you choose to vote on Super Tuesday in the Democrat primary, it is doubtful you will be challenged at a later Republican nominating process, but if you are, sign the renunciation form and you’re good to go.