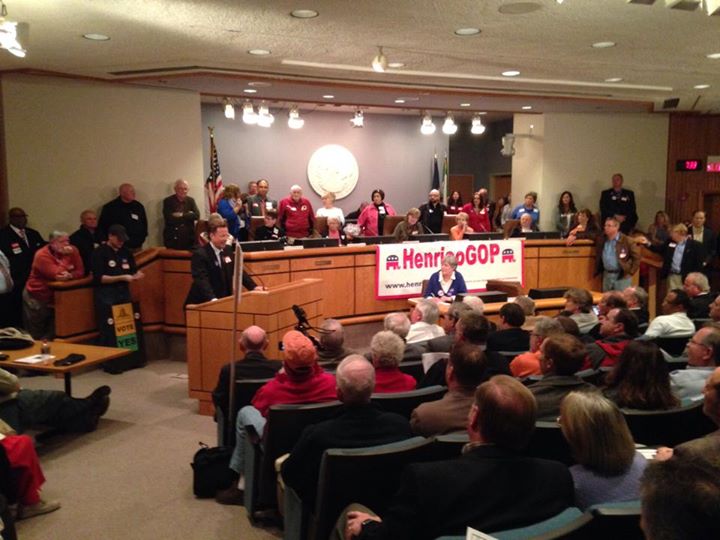 A productive session; thanks for the update!

After reading the article I looked at the picture and realized where that was. Thanks for using that picture.

Thank you for getting this word out. You’re right: It was a good START! T’would have been even better, however, if the SCC had not kicked the can down the road YET AGAIN with their tabling the amendments to the State Party Plan. The amendments came up at the June meeting and were deferred to Sept mtg, and now – what?? To be voted on in Dec??

One can only fervently hope the SCC gets it act together and passes the anti-slating (anti-disenfranchisement) amendment in Dec. BEFORE our local Committee and District elections.

BTW why haven’t I seen any news/ media reports on the SCC’s BRAND NEW – just passed this past Sat – requirement for people who want to vote in the Republican primary will first have to sign a Loyalty Pledge???!

Gee wiz. The SCC made a big deal in June when they voted for a primary as the method to nominate our presidential candidate – as that method was preferable because that was more “inclusive” and the American way. NOW they want everybody who walks in to vote to make a PLEDGE in order to VOTE!! A PLEDGE with ABSOLUTELY NO LEGAL binding, but just whose purpose will only serve to TICK OFF people.

did they really pass a loyalty pledge reqmt? yep. that will make people uncomfortable.

No, no pledge requirement was passed.

Yes, along with that silly Creed, living Constitution, and Pledge of Allegience… I mean seriously “Under God?” How more retro shall we go!!!

I am so glad the RPV State Central is focused on opening up whatever party processes we have left — Heaven forbid we do something that restricts input from Democrats, independents, tea and libertarian partiers from helping to select our nominees.

Thank you, Steve. Your hard work is appreciated on all these important matters and this party and state are damned lucky to have you!

Reply
How Delegates Will Be Allocated for the Republican Convention 2016 - The Bull Elephant September 21, 2015 at 4:29 pm