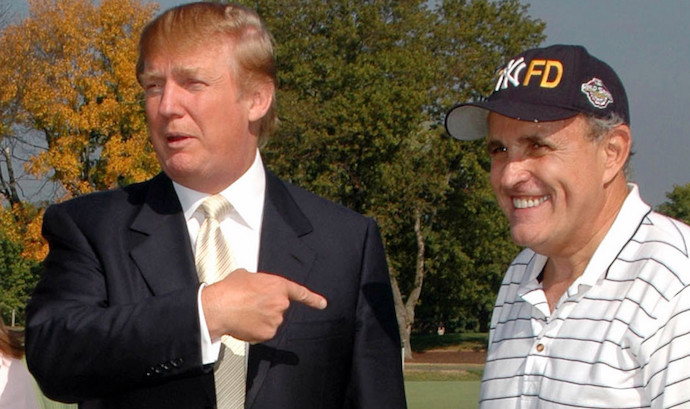 FROM ONE BRASH NEW YORKER TO ANOTHER: Former NYC Mayor Rudy Giuliani today revealed his support for fellow Yankee fan Donald Trump. Given the electoral map among remaining primary states, a big win in New York could be crucial, says Giuliani:

Giuliani said he expects Trump will get more than 50 percent of the statewide vote and amass a lion’s share of New York’s 95 delegates.

“It’s a question of how much he gets over 50 percent. If he wins 70 to 80 delegates, Donald has a good shot of securing the 1,237 delegates to secure the nomination before the convention,” Giuliani said.

Although every delegate counts at this point, I think Rudy is being a little optimistic about New York’s role in the outcome.  There’s a good reason Ted Cruz is focusing on California.