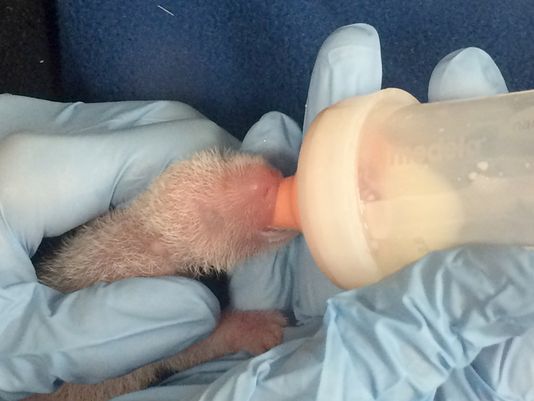 This is not a fun post. Despite extreme efforts of the National Zoo staff the smaller of the twin pandas born on Saturday died on Wednesday afternoon. The cub had been rejected by her mother on Tuesday afternoon and even round-the-clock care wasn’t enough. At birth the cub weighed a mere three ounces.