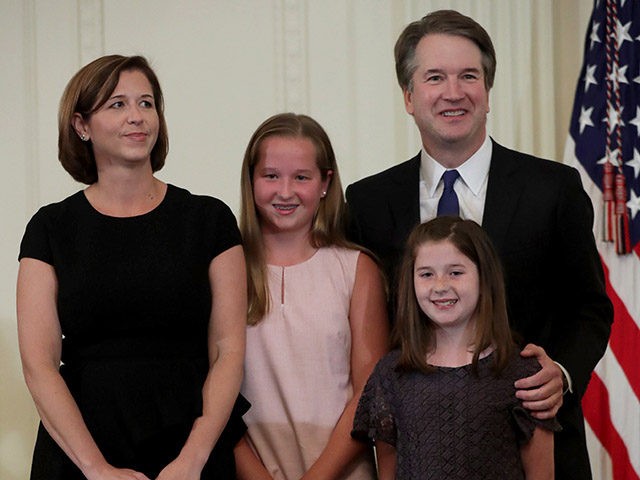 Many of us who watched yesterday’s hearings were buoyed by the righteous anger of Senator Graham and Judge Kavanaugh.  This is the kind of anger that speaks to fundamental truths and challenges the fairness and justice of the American people.  But, to me, all of this started with a much more profound truth.

“Out of the mouths of babes”.  Children are inexperienced but that doesn’t mean they are incapable of wisdom, and it is my opinion that the simple words of Brett Kavanaugh’s youngest daughter, Liza, ignited the righteous fire that undid the sabotage and disgrace of the Senate hearing.  What was it she said? “Daddy, shouldn’t we pray for the lady?”

It was at that point, Judge Kavanaugh spoke with tears in his eyes and righteous fire in his words.  His little one had reminded him that everyone, even the worst of us, has value and are in need of prayer.  I wonder what the hearing would have been like without that wonderful daughter’s words.

I have made a practice of listening to little ones as if they were mature beyond their years.  I have learned to respect even the misunderstands caused by lack of knowledge. Occasionally, I get lucky and hear a gem. Yesterday’s simple question to a daddy was one of those gems, and I suspect Brett Kavanaugh and even Lindsey Graham will never forget the source of their righteous fire.  I know I won’t.

What a great daughter.  Maybe she saved the Republic!