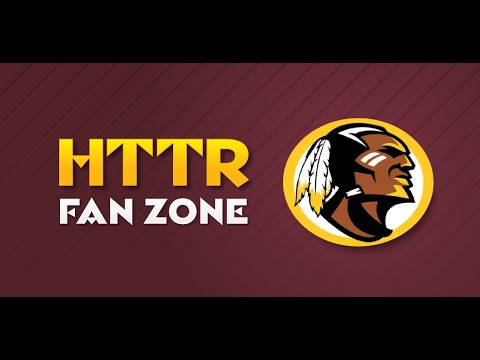 Say goodbye to the Redskins in Virginia

If this bill passes.

Two Democrats Delegates Paul Krizek and Schuyler T. VanValkenburg along with one Republican, Mike Webert,  have introduced House Bill 242 which would ban the use of any state or local monies to encourage any professional sport’s teams to come to Virginia. “PROHIBITION OF PUBLIC FUNDING OF PROFESSIONAL SPORTS TEAMS”.

The Redskins are hoping to build a new stadium sometime in the next decade.  If this bill passes there will be no bidding war for the team between Virginia, Maryland, and DC because Virginia will not be a participant.  A politician in Maryland and one in DC agree with the House bill and do not want any jurisdiction to bid on a stadium for the team.  That story here.

By the way, I’m a diehard fan, I just don’t think we need to pay for their stadium,

Many fans would disagree and would love to have the Redskins in Virginia.

Say goodbye to the Redskins in Virginia was last modified: January 23rd, 2018 by Jeanine Martin

NASCAR does not require that localities build a race track for them to come there and race.This is all done through private funding and with a goal to be in a specific advertising market.
If the NFL want to be in a specific market then the NFL can do it.
Come to Lynchburg, Va you can see Liberty University. They have a new indoor practice facility, adding on to the game stadium and last year were accepted into the BCS. Pleasant fans all around , so many dream filled childeren and no thugs on top of that the team colors are Red, White and Blue you can’t find a better place to watch sports.

We have so many needs in Virginia including schools and roads; we do not have the money to pay for sports stadiums/team subsidies. I fully support this bill. No taxpayer money for sports teams.

I presume you would be for vouchers for education rather than building stadiums to house ever more students?

YES!!! Also, if we used our schools for a full year, rather than closing every school for 1/4 of the year, we wouldn’t need to build so many new schools. What company closes its doors for a fourth of the year and then builds another plant?

Agreed with conservative Republican Webert (and allow me to add that he is a fine representative of his district).

This is long overdue in Virginia. The taxpayers of the City of Richmond were taken by the Redskins yet they are foolish enough to discuss funding of a new ballpark. Government needs to get OUT of the way and let the private sector due what it does best.

Loudoun is about to do this with the DC United stadium.

I hope that deal falls apart.

The only small amount of reluctance that I have with this bill (which I otherwise support) is that Maryland and DC would then have a big competitive advantage over us because we handcuffed ourselves legislatively. These facilities do generate good local commercial revenues. It goes to don’t hate the players, but hate the game. Ideally though, I am all for it if DC and Maryland pass similar legislation. If it does pass though, it would hopefully get the Loudoun B.O.S.’s out of trying to finance a practice facility for DC United on an already congested Sycolin Road. I just see that adding more traffic with marginal benefits to Loudoun businesses.

I agree. No public money for corporate welfare. Besides.. I don’t trust Dan Snyder any further than I can throw him

I like to think of myself as a conservative (although some may disagree), and I’m damn sure a Skins fan, but YES, no freaking subsidizing of a stadium.

Again, just bc its here and we like it or want it, conservative principles should be applied regardless.

Is HB 242 really just a decoy? A decoy engineered to “stick up” team owners for more money for political campaigns and PAC’s?

Even if the bill isn’t designed to vacuum in cash from team owners, that is more than likely what it will end up doing. Passed by in committee waiting for the checks to come in.

The NFL is no longer a prize catch. Their customer base has eroded significantly over the past couple of years thanks to the obvious abuse of fans by protesting players. This idea that a big city has to have a large professional sports presence is no longer valid – better a lot of small and distributed sporting events for families.

By the way, many of these stadiums have become places for a substantial thug presence much like what goes on with soccer in Europe and South America.

No public money for stadiums/arenas, no corporate welfare in general.

And I think a lot of states are going to jump on this bandwagon. Just like hosting the Olympics, the net financial benefits for the host city are highly dubious.

Good on them… team pride aside, if teams want new stadiums or better facilities, they need to pay for them themselves. Public subsidy of sports is a bad deal for the taxpaying public.

Delegate Webert is right on. We don’t need to be subsidizing these organizations, especially when they can just leave the area, and leave the city holding the bag on stadium financing with no team, like St. Louis.

Please show Snyder to the pit of misery. Dilly Dilly