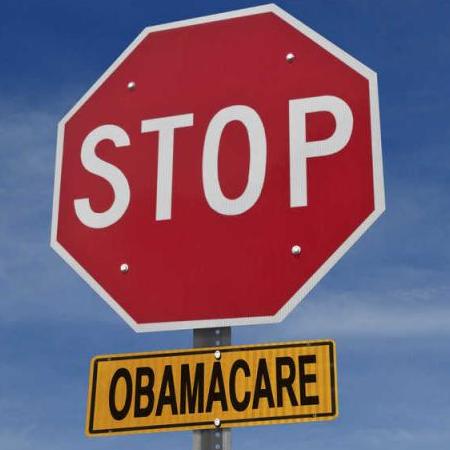 Say NO to an Obamacare Exchange in Virginia

The Virginia Senate Commerce and Labor Committee will take up a bill Monday to establish a healthcare exchange in Virginia as a move to preempt the possible effect of King v. Burwell. Call the members and tell them to vote NO![read_more]

The relevant language in the ACA allows federal subsidies for plans purchased on “an Exchange established by the State under Section 1311 [of the ACA]” (emphasis added).Â  Under the ACA, â€œStateâ€ is a defined term, and plainly does not mean the federal government.

The King case is on appeal to the Supreme Court. If the high court sides with those who argue that subsidies provided via the federal exchange are illegal, it could deal a potentially fatal setback to Obamacare. As of the writing of this article, only 16 states and the District of Columbia have exchanges that qualify as being “established by the State,” meaning that the vast majority of the subsidies being granted are coming through the federal exchange to individuals in the 34 states without an exchange. If those subsidies are invalidated, the Obama administration could face serious difficulty in replicating them in some other way.Â  There’s little chance of convincing a Republican Congress to deliver a fix, much less in getting 34 different state legislatures to establish their own exchanges in any sort of timely fashion. In other words, the decision could significantly hasten the implosion of Obamacare.

But maybe Obama will only have to worry about 33 states. At least that appears to be the aim of Senate Bill 1363, introduced by Virginia Senator Kenneth Alexander (D-Norfolk). Alexander’s bill would establish an Obamacare exchange in Virginia to preempt the possibility that the Supreme Court rules that federal subsidies can only be lawfully provided through state exchanges.

The bill is on the docket for the Virginia Senate’s Commerce and Labor Committee on Monday afternoon. The Committee meets 1/2 hour after the floor session (which commences at noon) goes into recess for the day.

If you agree that we should be doing everything we can to halt and reverse Obamacare, the very best thing you can do at the moment is call or email the members of the Commerce and Labor Committee before they meet Monday afternoon. We anticipate that all three Democrats on the body will support this bill.Â  Unfortunately, if past voting behavior is any indicator, at least 2 Republicans, retiring Sens. John Watkins (R-Powhatan) and Walter Stosch (R-Glen Allen), may also support it.Â  That means only three of the remaining 9 Republicans would need to support the bill for it to be passed along to the whole Senate.

The committee members are below.Â  Call them and tell them to vote NO on Sen. Alexander’s SB 1363!!

Say NO to an Obamacare Exchange in Virginia was last modified: January 25th, 2015 by Chad Ochocinco

Excellent description of the situation.