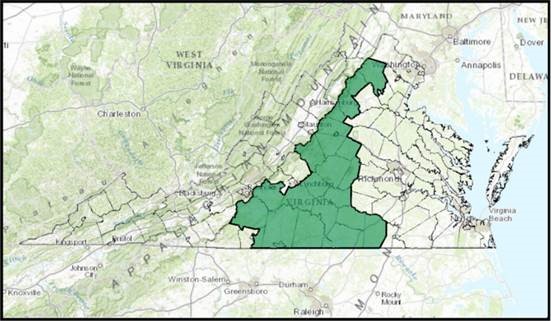 Say yes to Maxey, Holden, and Yensho, and no to Bill Harvill

This Saturday, Fifth District Republicans face a number of critical choices. They will nominate a candidate for Congress, and delegates and alternate delegates to the national convention.

But perhaps no decision looms larger than the Fifth Districtâ€™s choice of its three members to the Virginia GOP State Central Committee. It is my concern over the importance of that choice that motivates this column.

Delegates have heard much talk about uniting the party, or electing Republican candidates. Neither of these functions is the primary role of SCC. SCC makes important policy decisions for the Virginia GOP, such as the choice between primaries and conventions to nominate candidates.

But perhaps its most important function is serving as the rulemaking body for the RPV, and the highest â€œcourt of appealâ€ for all disputes within the party at the local and district level. In effect, SCC writes and enforces the rules by which we all participate. It is our chief â€œlawmaker;â€ its role is to set the rules and then be the â€œumpireâ€ to call the balls and strikes â€“ making sure the rights of all participants in our Republican Party process are protected.

This is why I am so concerned over the SCC races in the Fifth. Three of the candidates – Maxey, Yensho and Holden – have a stellar record of standing for the rule of law and the protection of the rights of all our party activists. The exception is Mr. Harvill, as I will explain.

1. In 2014, the RPV was rocked by an unprecedented wave of â€œslatingâ€ â€“ the process of preventing longtime grassroots activists from joining their local GOP or attending district and state conventions. The 7th and 5th Districts were Ground Zero for the slating wars. In Campbell County, where I had served as chairman from 2010-2013, our mass meeting was invaded by scores of Democrats, who voted out every member of our local GOP committee and denied over 100 loyal GOP activists election as state and district convention delegates. The mass meeting was appealed to the Fifth District, which ruled in May 2014 that the slating was illegal. Shockingly, Mr. Harvill joined the minority in voting to uphold the slating! (Yensho, Holden and Maxey voted to overturn the slating and allow all delegates to participate).

2. At the Fifth District convention a week later, Mr. Harvill was a member of the Credentials Committee. Despite a binding ruling from RPVâ€™s general counsel that all Campbellâ€™s delegate applicants must be seated, Mr. Harvill instead voted to prohibit all Campbell delegates from participating. While all the other countiesâ€™ delegates voted, we had to turn around and drive home without a vote! (Yensho, also on the Credentials committee, voted to follow the general counselâ€™s ruling and allow all the delegates to participate).

3. In August, SCC issued its final ruling that the slating was indeed illegal, and overturned the results of the mass meeting. Yet in December 2014, Mr. Harvill, by now Fifth District vice chairman, joined then-Fifth District chairman Jon Berkley to defy SCCâ€™s order and an accompanying binding general counsel ruling, and re-install the illegal slaters as the alleged â€œCampbell Republican Committee!â€ (Yensho, Maxey and Holden voted to follow SCCâ€™s instructions and the Party Plan).

The following month, SCC finally took stern action to end the lawlessness in the Fifth. It declared that the Berkley-Harvill Fifth District Committee was a â€œnon-functioning committee,â€ as it refused to abide by the state partyâ€™s rulings, and removed Berkley as chairman, replacing him with Lynn Tucker. RPV chairman John Whitbeck issued a stern warning from the podium that RPV expected the Fifth to henceforth abide by the Party Plan and SCC rulings.

4. Under Lynnâ€™s leadership, the Fifth has done so. The Fifth District has ceased to be the subject of constant RPV discipline for defiance of the rules and the rights of our devoted GOP activists. We hoped the lawlessness of the Berkley-Harvill administration was over. But it was not to be.

At this yearâ€™s Madison County mass meeting, Chairman Harvill refused to allow members of the party in his own county to join the Madison GOP at its mass meeting! He issued a call that completely ignored the RPV requirement to call for election of local party members. He refused numerous requests by attendees at the mass meeting to furnish copies of the rules for the meeting, and rejected the request of many local GOP activists, led by Mrs. Kim Smith, to join the Madison GOP.

Mrs. Smith and the others filed with the Fifth District Committee a formal protest of Harvillâ€™s illegal actions against his own local party members. Harvill was finally forced to grudgingly call a subsequent meeting and elect the new members.

This is the heart of my concern. The State Central Committee is the group charged with writing just rules and enforcing them fairly, ensuring that the rights of all Republican activists â€“ regardless of their ideological flavor â€“ are protected. It is crucial to the integrity of the process that SCC be made up of folks with a demonstrated commitment to the rule of law, and a dedication to protecting the rights of us all.

Renee, Ed and Jo have amply demonstrated their commitment to the rule of law. They have shown that they realize it is not their job as leaders to dictate the outcome, but rather to make sure that the nomination process is fair to everyone. They have stood courageously for the rights of all who wanted to be a part of our party, and by doing so have expanded our ranks.

Mr. Harvill, on the other hand, has shown a repeated and consistent pattern of defying the rules he now seeks to write for the rest of us. He has used his position of power to drive folks out of our party â€“ sometimes even with the assistance of Democrats â€“ across the Fifth District and even in his own county. Instead of defending the rights of loyal grassroots Republican activists, he has trampled on them. Electing him would send a message to RPV that the Fifth is still a rogue outfit that will continue to be a self-inflicted black eye for the party statewide.

The SCC elections this Saturday in the Fifth feature four known quantities. The candidates all have long records on the Fifth District Committee. Their public votes offer a clear choice for this yearâ€™s crop of conservative GOP activists, all excitedly waiting their chance to be involved and affect the future of our party.

There are three seats at stake â€“ and there are three candidates who have proven themselves worthy of the support of conservative grassroots activists. The Fifth District, and the Republican Party of Virginia â€“ and each individual citizen who cares enough to try to join our party â€“ have staunch friends in Renee Maxey, Jo Holden, and Ed Yensho.

For those of us who labor in the trenches for our party and its candidates, we would do ourselves a real service to make a very careful choice this weekend. For me, that means three champions of our party and our values â€“ Renee Maxey, Jo Holden and Ed Yensho.

Say yes to Maxey, Holden, and Yensho, and no to Bill Harvill was last modified: May 12th, 2016 by TBE Staff

My wife and I said yes this past Saturday.
Yeah baby, a trifecta !