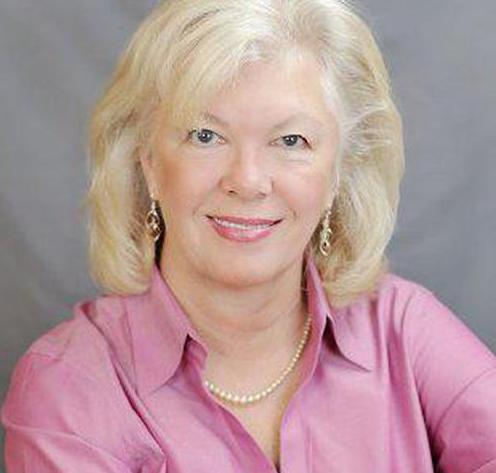 In deep dark red Amherst County, we have a very stark choice for District 2 Supervisor.  We have conservative Claudia Tucker, who has been elected to the Amherst Board 3 different times, or we can go with a newcomer named Tony Robertson.

He’s running (or so he says) to give “voters a choice”.  Which seems like a laudable goal.  However the problem is – Mr. Robertson aligns himself with radical leftists.  According to his Facebook page, in May of 2020, he posted the following: 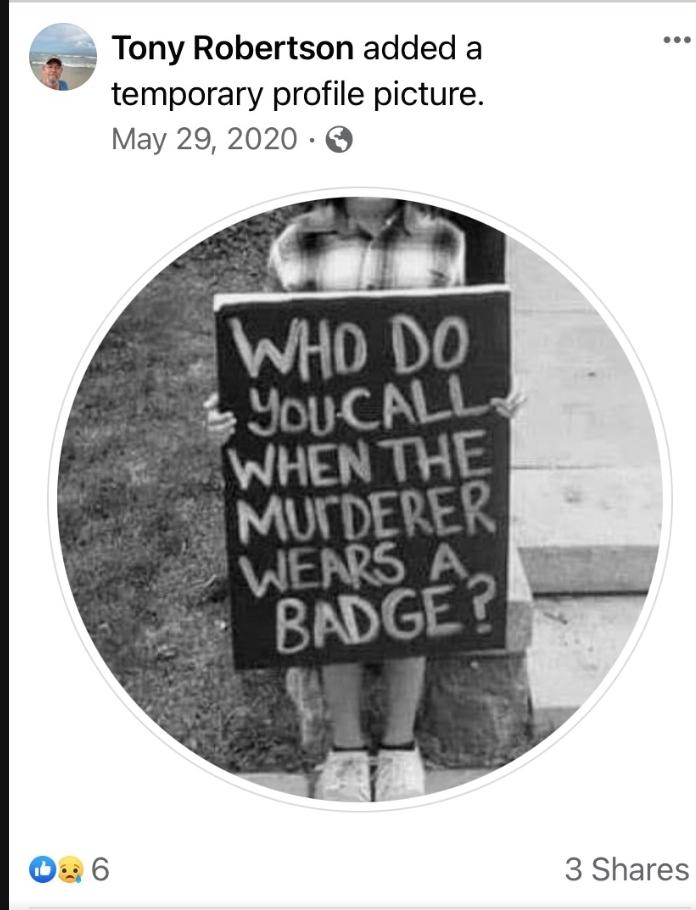 And in January of 2020, he posted the following meme: 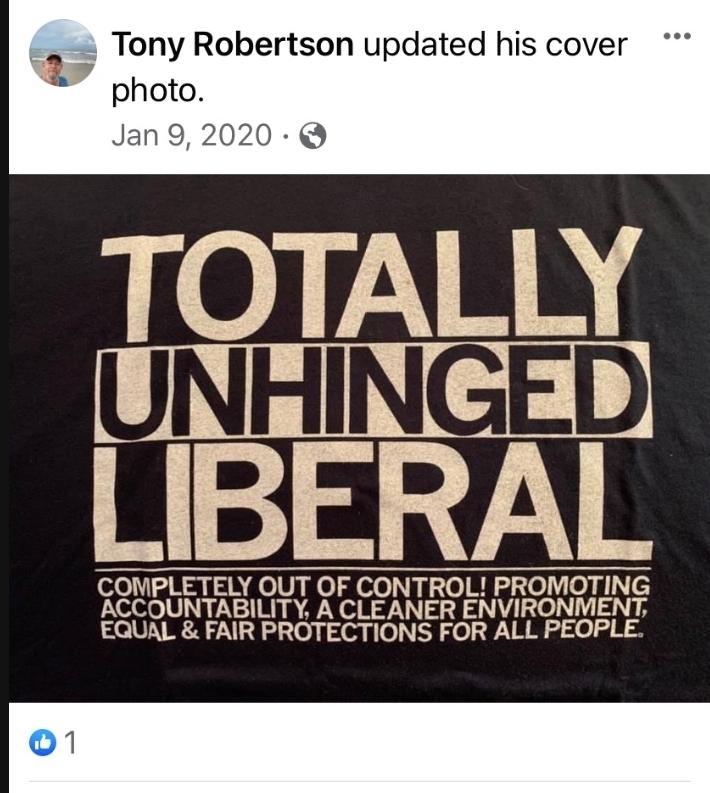 Yes Mr. Robertson refers to himself as an unhinged liberal who supports equal rights for all.  Now according to how you and I might think, this is a laudable goal.  I support the 14th Amendment as much as anyone else does (equal rights for all). And everyone wants to breathe clean air.  But in today’s radical leftist speak, we must ask if Mr. Robertson supports allowing little boys to use the same bathroom as little girls, and that he likely supports Critical Race Theory (you know, where everything bad that ever happened in the world is the white man’s fault) and that people should be judged according to their race first and foremost.  And we certainly need to understand just what Mr. Robertson means when he talks about environmentalism.  It could mean he supports the Green New Deal of AOC and The Squad.

This is what Mr. Robertson is – in his own words, a card-carrying radical.

Claudia Tucker on the other hand, is a reasoned and rational lady who loves Amherst, and is trying to bring economic development to Amherst.   Claudia comes from a family with many members of law enforcement.   Claudia supports DeFENDING the Police – and Mr. Robertson seems to say he supports DeFUNDING the Police.   Don’t let Mr. Robertson’s down home charm fool you, he’s as radical as they come – and again don’t believe me – hear Mr. Robertson’s own words and make up your own mind for yourself!

Say Yes to Claudia Tucker for Amherst Board of Supervisors and No to Tony Robertson was last modified: September 8th, 2021 by John Massoud

I don’t mean to be rude. This is old information. And all it does is add to the noise of trying to find current information. Please either take this down or put up something current.