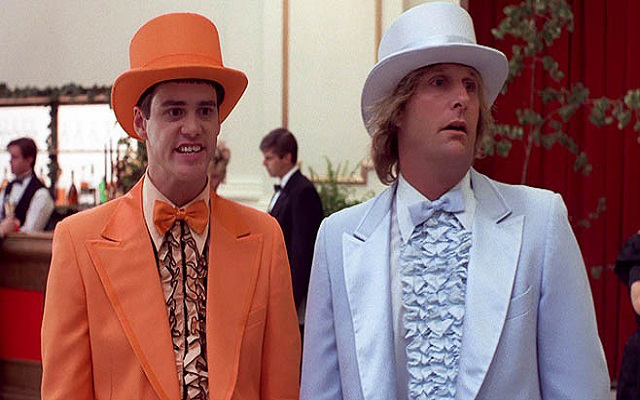 There is a famous scene in the 1994 classic comedy â€œDumb and Dumberâ€, when Harry discovers that Lloyd traded their van for a motor scooter. Which was basically a bicycle with a lawnmower engine attached to it. An exasperated Harry shakes his head and says, â€œYou know Lloyd, just when I think you couldnâ€™t be any dumberâ€¦â€

Well just when I thought MSNBC propagandist Joe ScarboroughÂ couldnâ€™t go any lowerÂ he surprises me. I asked the question two days ago after Scarborough claimed that the President was in the early stages of dementia. He had a â€œsourceâ€. I asked Scarborough on twitter was his source a political aide or a medical doctor? He didnâ€™t respond.

â€œ(Trump) only ran for president as part of a money-making scheme, and did not actually expect to win.â€

The idea that a very rich man decides to run for a public office to get richer is ridiculous. Other than Lyndon Johnson I can think of very few people that left the White House, or government service wealthier than when they arrived.

When Carter and Ford left the White House they were nearly broke. Reagan complained that for 8 years he took a pay cut. The fact is being President, for most accomplished people means taking a pay cut.

My guess is that Trump made more money from hosting the show â€œThe Apprenticeâ€ than the salary he would have taken as President. And considering that Trump is not drawing a Presidential salary he is doing the job for nothing. Far from getting rich Trump will make no money for being President.

So, letâ€™s try to get into Scarboroughâ€™s mind, a scary thought I know, and figure out how he thinks Trump plans to profit from being President.

Perhaps this: Trump will be President for 4 or 8 years and then when he leaves office he will set up a Presidential foundation that will take in money from Russian oligarchs and make 6 figure fees for making speeches? Well, Joe that has been done. And that would be a matter to criticize him for after he leaves office.

Perhaps Joe thinks Trump is counting on people in West Virginia and western Pennsylvania, which voted for him big time, to, out of loyalty and gratitude stay at Trump hotels, which will make him even wealthier. So no longer will they stay at Red Roof Inns and Best Westerns. From now on all will stay at Trump International hotels and resorts. Cha ching!

Perhaps Joe imagines that foreign leaders will stay at Trump hotels as a way of bribing the President. First, when a foreign leader travels wouldn’t he or she stay at their embassy? Why do they need to stay at a hotel?

So as part of this scheme Trump must check hotel logs to find out which foreign leader stayed at a Trump hotel or resort and which leader did not. Well, what if two competing world leaders both stay at one of his hotels? Who does he favor? At that point does he employ that great tiebreaker known as rock, paper, scissors?

So how exactly will Trump make money off being President? Scarborough didnâ€™t exactly say. He simply muttered it’s “all about contacts.”

Donald Trump is a rich guy, and rich guys know how to make money. I have little doubt that Trump will figure out a way to make money after he leaves office. Same as Bill Clinton did, same as GW Bush did. Scarborough really needs to check hisself into a mental institution if he thinks that ex Presidents don’t cash in.