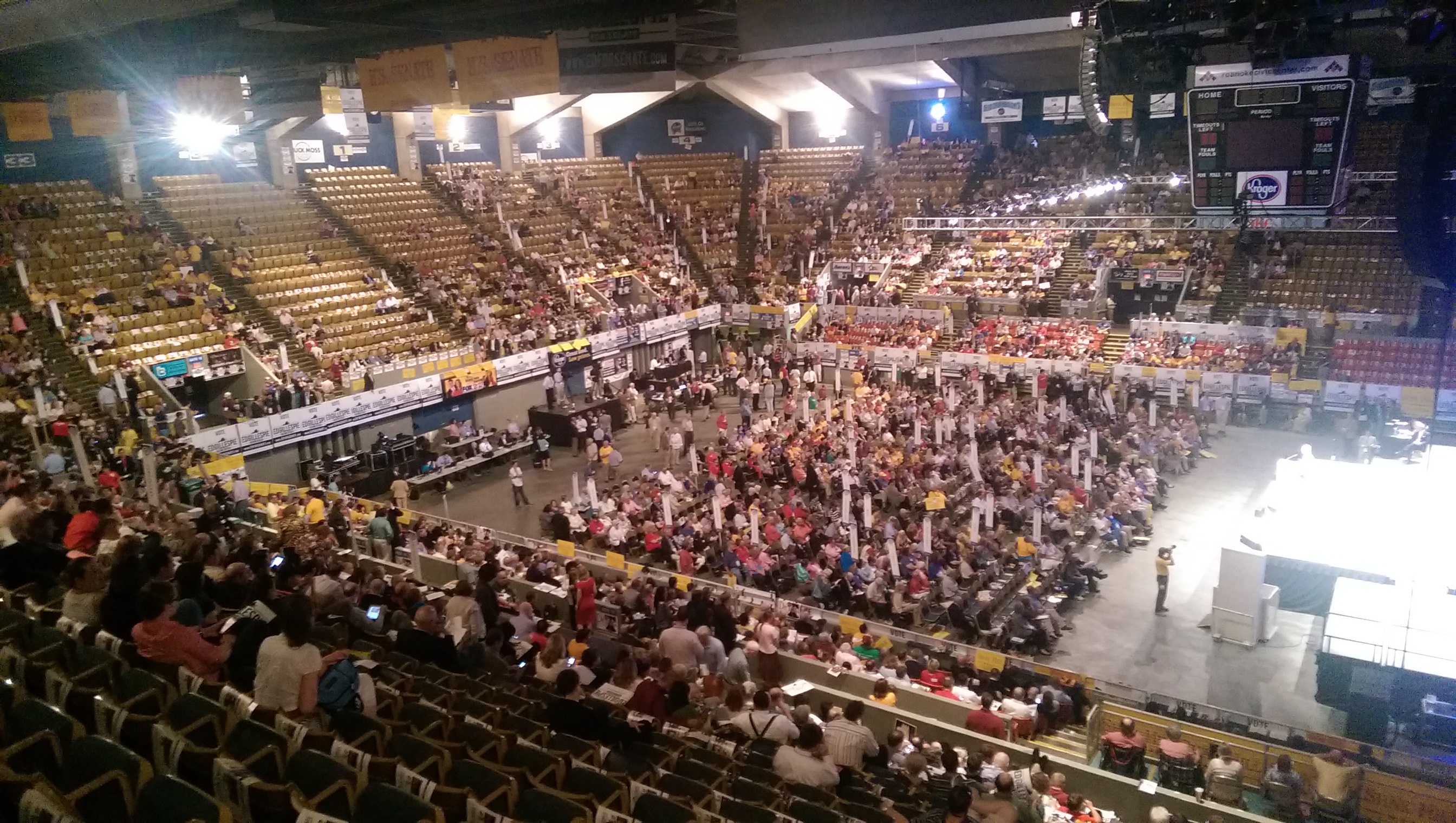 SCC Gets Back to the Primary v. Party Process Grind

Are you happy with our Primary campaign season and results from last Tuesday?

For many of us the answer is an overwhelming no.

Are you happy with how Corey Stewart campaigned?

Are you happy that he almost won?

Are you happy that he lost?

Are you happy that Frank Wagner’s support couldn’t be counted for either Corey Stewart or Ed Gillespie?

Are you happy that we have a candidate that received far less than a mandate from our voters?

Primaries are great in many ways:

The government oversees and sifts out illegal voting.

Members of the military have easy access to absentee voting.

The party doesn’t pay for a Primary.

We can gather substantial voter data.

Conventions (or other party processes) are great in many ways:

Democrats and other non-party members can be kept out of a convention.

More informed, and not casual voters elect our nominees.

We don’t rely on the government to foot the bill.

They do make money for the party.

There is one thing you lose that can never be regained when selecting a Primary over a party process: FLEXIBILITY.

The Primary creates a game in which the person who can convince one more person to vote for them than the next highest vote getter wins.  Candidates are not appealing to a majority of Republicans, but instead are incentivized to turnout their own base of support, and depress the support of the next strongest candidate.  Getting fewer people to vote IS THE GOAL when looked at in terms of raw game theory.  The unpleasant campaign season can be chalked up to the fact that our Republican candidates get this game theory better than the Democrats.

There were approximately 542 thousand votes cast in the Democratic gubernatorial primary as opposed to approximately 365 thousand in the Republican one.  Are there that many more base Democrats than Republicans in Virginia?  No.  We simply had fewer people engaged in our Primary either due to negativity or the lack of choices.  Looking at the Lt. Governor’s race we had a dropoff of about 10,000 undervotes representing people who had little or no interest in supporting one of our candidates.  The vote difference between Vogel and Reeves was almost exactly 10,000 votes.

This Saturday, June 24th RPV State Central Committee will meet in Richmond and decide the method of nomination for our Senate Candidate in 2018.  If the vote is for party process instead of a primary here is what we are choosing in terms of flexibility:

We as Republicans will be able to keep out non-Republicans.  Due to anti-slating measures in the Party Plan practically everybody who wants to participate will be able to participate.  I constantly hear the refrain that our military members are disenfranchised in a convention.  The party plan was modified a few years ago to provide for deployed military member attendance by absentee ballot.  See Art. VIII § 7 of the Party Plan on pages 20-21.  (more on this later).

In a party process, candidate preference can be expressed.  From what I can tell all the Corey Stewart Supporters think the Frank Wagner votes would have gone to Stewart and all the Ed Gillespie supporters think the Wagner votes would have gone to Gillespie.  It would be nice for the Wagner supporters to have an opportunity to actually tally their preference for second choice, but that can only happen in a party process.  Which gets us to one of the greatest benefits of flexibility: Instant Runoff Voting.

Whether at a convention or firehouse primary we have the opportunity to utilize instant runoff voting, where you as a delegate or voter vote for candidates in rank order of preference.  This allows for a majority winner in a firehouse primary.  This allows for a one and done vote at a convention.  I know everyone loves sitting around at a convention for hours on end to vote over and over again.  But if we had just one vote, and our candidates vied openly to be delegates’ second or even third choice game theory suggests a very different campaign in the spring.  Instead of nastiness yielding substantial benefits, nastiness would be a dangerous gamble.  Then you show up to a convention or firehouse primary, vote, AND LEAVE.  Those who wish to stay and enjoy the show, or monitor the counting can do so.  The rest of humanity can return to their daily lives.  Virginia Democrats can do instant runoff voting. And instant runoff voting is what we have provided for our deployed military members in Art. VIII § 7 of the party plan identified above.  Virginia Republicans are capable of a better way of handling Conventions.

Two more thoughts before packing up this segment about Saturday’s State Central Committee meeting (Oh yes, there is more):

1. The vote is largely preordained. Last August a Primary was chosen by a vote of 41-40. I run my own internal whip counts for most major votes.  Due to turnover in various positions since November 2016 the primary side now has an 8 (eight) vote advantage.  Unless grassroots members in the 2, 3, 4, or in the specialty seats pressure their representatives firmly but respectfully, the vote margin is too large to overcome.  Nonetheless, it should be known that we are giving up the flexibility inherent in a party process by choosing a primary.

2. There is a very vocal member who points out that conventions can be rigged. Rigged is too strong a term. They can be manipulated to the point of being unfair.  The convention body can overturn this unfairness, but it is difficult.  As a District Chairman I am one of 12 people with power over Convention Committees.  I will always appoint people who will fight to return power to the broadest base of the convention body and away from the convention architects (while still running the convention in an efficient manner).  Moreover, preventing problems starts with the convention call.  I had a plan to deal with the call that was sent out two days before the SCC meeting last August, and I’ll have a plan if a Convention is chosen for 2018.

I encourage my fellow SCC members to support the flexibility inherent in a party process on Saturday.

This Saturday we will also be addressing national delegate selection, RPV appeal reform, and the transparency committee.  I hope to address these in the coming days.

SCC Gets Back to the Primary v. Party Process Grind was last modified: June 19th, 2017 by Paul A. Prados
Conventionprimaryscc
14 comments