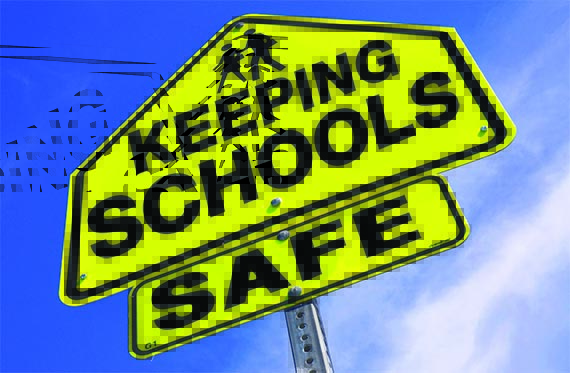 Quite a few years ago, I worked on President Reagan’s Strategic Defense Initiative, aka Star Wars. It was a wild time where money flowed and unique, out of this world ideas led to huge leaps forward in technology.   What is usually reported is that the SDI brought down the Soviet Union.  To me, that is really the least of it.  The technology leap literally created an entirely new world and tens of millions of new jobs here in America.

A School Defense Initiative, aka Star Wars Revisited, just might be appropriate at this time of anguish.  The focus would be on the creation of technology to minimize the potential for mass school murderers to be successful.  Even if it didn’t completely solve the problems of random crazy shooters, it would constitute a security technology leap and likely lead to millions of new jobs in entirely new industries.

The School Defense Initiative is really a third way of looking at the problem that has pitted Americans against Americans.  It clearly avoids the emotions of the two sides in the argument by turning to America’s business and defense communities for answers to a very vexing problem.

Can the gun control folks object?  They will probably demand confiscation now ignoring a little thing known as the 2nd amendment.  This is as unrealistic as “gun free zones” and ignores a very significant lesson of history – namely that a disarmed population is all too easily controlled and enslaved by the State.

Can the gun owners object?  If such an initiative were a legislative ruse to get at the right to own guns, then it would and should be resisted.  The School Defense Initiative has to be technology focused and as free as possible of political interference.

There is no perfect defense or offense.  A determined shooter or shooters will find a way to be evil, but with technology maybe it can be made so tough as to be unattractive.  There is no problem when someone like Cruz or Paddock gets their murderous desires fulfilled in the world of virtual reality, it is when the distinction between fantasy and reality blur to the point that mass murder is the only solution to insane anger and frustration.

Just a final quaint and curious thought from the days of radio.  “Who knows what evil lurks in the hearts of men? The Shadow knows!” Maybe some very clever scientists and technologists can help to discourage evil and see to it that mass murderers do not succeed.