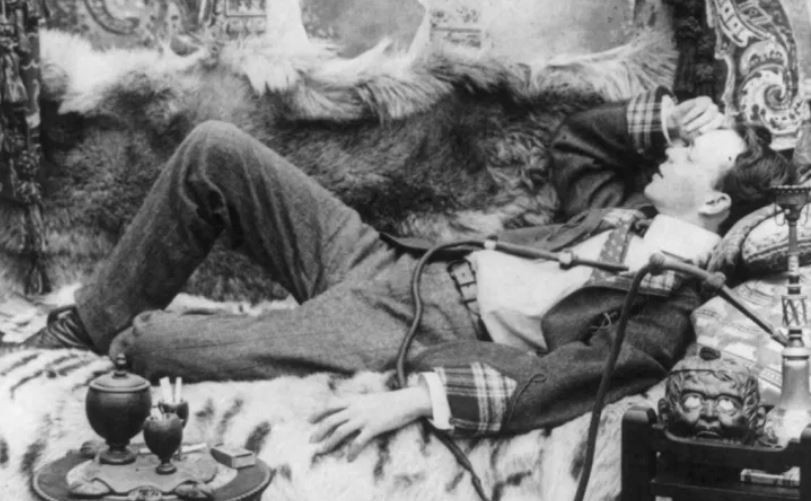 State administrator dreaming up race metrics for school discipline… Oh, no, sorry, that’s an addict in an opium den.

School-Discipline Statistics Straight out of an Opium Fog

Several years ago, the Obama administration, the ACLU, and social-justice groups took a look at the disparate rates at which black and white students were being suspended from school or referred to law-enforcement authorities. The notion of the school-to-prison pipeline was born, and a movement took hold — first in select localities subjects to lawsuits and then from top-down pressure from the Virginia Department of Education to “reform” student discipline procedures in public schools.

School discipline has been heating up as an issue in Virginia since 2014 at least, and the first localities began altering their disciplinary guidelines around 2016. Since then, all school systems have been brought to heel to a greater or lesser degree. The old system system, organized around meting out punishments, taking offenders out of class, and referring the worst cases to law enforcement, was replaced with one built around the therapeutic approach of coaching, de-escalation, “restorative justice,” and returning discipline-challenged students to the classroom.

But a funny thing happened. Despite the overhaul and a dramatic decline in the number of punishments dished out, disciplinary disparities did not disappear. A new report to the State Board of Education, “Discipline Disproportionality: Measurement and Reporting,” indicates that black students comprise 22% of all student enrollments but 54% of all students suspended.

Any normal person would say, gee, after implementing a kinder, gentler, more sensitive, more caring system for addressing misbehavior, and seeing that wide disparities remain, maybe the problem wasn’t the traditional disciplinary system. Maybe the problem is that black kids — for a whole host of complex historical, sociological and cultural reasons — are more disruptive on average. To even suggest such a thing is taboo.

There is no discernible effort within the Virginia Department of Education to ascertain if the disparities can be traced to the behavior of the students. Instead, the educational bureaucracy wants to institutionalize the assumption that the problem is systemic and institutional in nature by embedding race-based school-discipline metrics into “state accountability systems.”

As I have observed previously, based on the same data published in a different report, the highest relative risk for black students is, for the most part, in major metropolitan areas, including cities and school systems dominated by black electorates and school administrations such as Richmond and Petersburg. High on the list also are school districts run by progressives such as Henrico, Fairfax, and Arlington Counties and the City of Virginia Beach. Black students are at far less relative risk in rural western counties associated (in progressives’ minds) with red-state voters, Trump lovers, gun-huggers, Confederate flags, and racism.

Ack! Does not compute!

Then there is the enduring mystery — a mystery to the Wokist narrative at least — that Hispanic students, as people of color who are discriminated against in school systems designed to sustain white supremacy, are, like whites, punished at a significantly lower rate than their share of the population. See this graphic:

Hispanics comprise 16.2% of Virginia’s public school population but only 10.3% of short-term suspensions.

And, of course, Asians, who also are people of color, account for suspensions at about one-seventh the rate predicted by their percentage of student enrollment, even though, as we all know (sarcasm alert), school systems were designed by white supremacists to maintain white privilege.

But there may be an even bigger issue: What trust do we place in the data to begin with? Does the data reflect the reality of student behavior, or are the collection and reporting of the numbers driven by political considerations?

Ponder the following statistics, which compare the incidence of various disciplinary offenses in the 2006-07 school year and the 2016-17 school year. (The data is taken from VDOE’s Discipline, Crime & Violence reports.)

If this data is to be believed, schools became dramatically more orderly and safe over that ten-year period. Students were cited for “defiance” 55% less often. Classroom disruption declined 67.5%. Assaults against students declined by 57%. Wow, what a wonderful world!

Yeah, right. Does anybody believe for a nanosecond that schools were becoming safer and more orderly at the same time that they were coming under relentless pressure to reduce the reporting of disciplinary offenses and, hence, the number of disciplinary actions? I don’t.

Let’s put it this way, if schools were getting safer, VDOE would be sure to tell us how successfully the social-justice disciplinary system is working out.

I yearn for the day when VDOE starts exploring the hypothesis that maybe black kids in Virginia schools are suspended more frequently because they are more defiant and disorderly… and that they are more defiant and disorderly because they have been saturated with the message that Virginia schools are systemically racist, that they as individuals are victims of racism, and that traditional standards of decorum and behavior are tools for maintaining white supremacy.