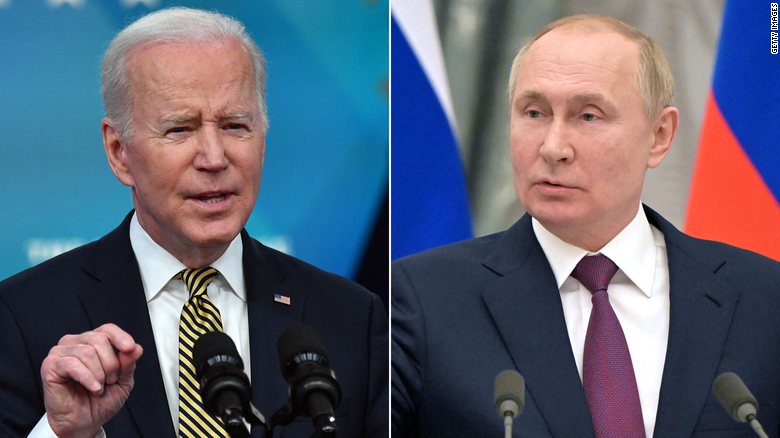 Biden and Putin (why is Biden always squinting?) (source: CNN.com)

SECDEF Gate’s assessment of Joe Biden continues to be prescient

As most of us are aware by now former Secretary of Robert Gates was not a big fan of Joe Biden. His statement in Duty: Memoirs of a Secretary at War “I think he has been wrong on nearly every major foreign policy and national security issue over the past four decades” was based on his service under every president since Nixon, save Bill Clinton.

When President Obama took office in 2009, he (somewhat controversially) decided that Gates would stay as defense secretary, a position to which he was appointed by George W. Bush in 2006. At that confirmation hearing, Gates reportedly thought to himself, “What the hell am I doing here? I have walked right into the middle of a category-five shitstorm.” That is pure Robert Gates – no nonsense, direct, and on target.

This past week President Biden’s actions continue to confirm SECDEF Gate’s pronouncement. First his pronouncement on Thursday that the United States would respond “in kind”  if Russia uses weapons of mass destruction in Ukraine. We will respond if he uses it,” Biden said, referring to Russian President Vladimir Putin. “The nature of the response depends on the nature of the use.”

Of course, it is the stated policy of the United States not to utilize weapons of mass destruction e.g., chemical, and biological weapons. Our armed forces are trained to defend against their employment – we will not deploy them.

Of course, after uttering these words White House national security adviser Jake Sullivan said the U.S. has “no intention” of using chemical weapons. Sullivan was asked Friday what Biden meant by “in kind.” And Sullivan said that meant “we’ll respond accordingly” and that Russia would pay a “severe price.” We will collect the form and nature of our response based on the nature of the action Russia takes,” Sullivan said. “And we’ll do so in coordination with our allies.” In other words, clean up on aisle …

This snafu  was followed by the President’s address at the end of the NATO summit where he went off script and called for Putin’s removal, saying, ‘For God’s sake, this man cannot remain in power.” In short, the United States is advocating for regime change in Russia. Again, this was followed by another round of what the President meant to say was something other than what he said – incredible!

This statement in particular could have grave consequences as Vladimir Putin is known after watching the video of Muammar Kaddafi assassinated in a ditch by a rebellion backed by the United States to have an almost paranoid fear of being assassinated. A graphic video of his last moments shows rebel fighters beating him and one of them sodomizing him with a bayonet before he was shot several times.

Unfortunately, words have meaning and consequences whether they are intended on not. President Biden continues to prove by both his words and actions that Robert Gates pronouncement continues to be prescient. For the sake of the free world let’s hope in the future he at least sticks to his script.

This is what happens when massive election fraud goes unchallenged

Twenty five years ago, if I had said the POTUS would be a Dementia patient with access to the nuclear football; his Vice President, a racist imbecile; and third in line, to succeed the throne, an 80 year old Jezebel who cannot articulate poly-syllabic words.
Y’all would say I was a conspiracy theorist.

Her target audience has an IQ of 75 and a knowledge base of a public school 3rd grader.

I’d say that today, too