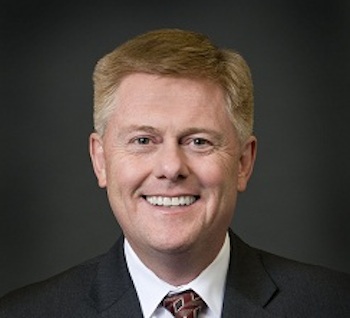 Braddock District Supervisor John Cook has secured the endorsement of the Service Employees International Union by moving to the left of his opponent, Janet Oleszek, and the entire Fairfax County Board of Supervisors. Cook has also applied for endorsements from other unions, among them the teacher’s union FEA, and the Northern Virginia Central Labor Council, which is the local AFL-CIO affiliate. Â Those two unions have not yet announced their endorsements.

“I understand the economic effects both nationally and locally from the large reduction in the buying power of the minimum wage. It is ironic we search for ways for the government to provide support and subsidies to working people because they are not paid at a level that reflects the value of their work.”

Wow. Fairfax County doubles down on stupidity. Guess those low-info folks up there have not been paying too much attention to Seattle and THEIR disastrous $15/hr minimum wage experiment! http://www.forbes.com/sites/timworstall/2015/03/16/we-are-seeing-the-effects-of-seattles-15-an-hour-minimum-wage/

It’s too bad some people can’t refute your facts, Jeannie, so instead they have to resort to attacking you personally — to whit “how dare you criticize a fellow Republican?” LOL

Wish we could borrow Scott Walker for a while and he could help bust some corrupt and economy-killing public unions here in VA. Think Wis would swap for McAuliffe?

Thank you Connie. John Cook does seem to have taken a stupid pill. I don’t know what happened to him but I do know he was the only Republican who even cared enough about the SEIU endorsement to complete their questionnaire and now he won’t let the voters see it!

John Guevara just picked up a public sector union endorsement – we are all awaiting Jeanine’s post attacking him for it.

It’s public now? Cool! Thanks for letting us know! I’ll get that post up right away. I know how John got the endorsement and he didn’t lie or support a $15 an hour minimum wage.
Thanks again, I’ll get that news up!

Here’s a better question … how terrible of a candidate is Janet Oleszek that in a D+18 seat she, as the Democratic candidate, can’t sew up the SEIU endorsement? That’s really embarrassing. A bottle of ketchup running on the D line would get that endorsement.

That was the correct story to run, as I noted yesterday. But Jeanine isn’t really interested in helping out a John Cook. She wants Fairfax to be as dysfunctional as Loudoun.

Haha, Fairfax only DREAMS of having as many elected Republicans as Loudoun. We’re so ‘dysfunctional’ that Republicans occupy every seat on the Board of Supervisors. Every Constitutional Officer is a Republican, ALL Delegates in Loudoun are Republicans and one of our two Senators is a Republican. Democrats hold ONE seat Senate seat in Loudoun. That’s their only elected official.
Yeah, you wouldn’t want Fairfax to be like Loudoun.

More irrelevant inflammatory crap —to be used in another failed candidacy down the road….TBD.

Cook can clear up any questions by releasing his questionnaires. It’s a very simple solution to resolve any doubts about anything I have stated.

Ben already sent you the questionnaire answers that he thought would set you off, so why not just release that email?

Sorry, I have no such email. Keep guessing.

Asking the Republican in the race, rather than the Democrat consultant getting paid $3,000 a month, would be the most honest way to resolve any questions. But you don’t give a shit about helping Republicans win, do you?

The easiest way to resolve this is for John Cook to release the questionnaire. That will answer all our concerns.

Jeanine, did you ask John Cook about any of this? Or did you just blindly post whatever Ben Tribbett told you to?

I hear John Cook also celebrates diversity in Braddock District and enjoys the support of various minority communities. No wonder Jeanine dislikes him so much, and takes the time to comment on a race 80 miles from where she lives.

And you live where? It’s not Fairfax county.

How telling that no one is dealing with the content of the post, only in name calling. But I expect no less from the BD crew.

Just curious Spiker, does BD pay you by the comment or by the word for posting here?

I’m not the one posting tips from Democrat consultants (Tribbett) and actively rooting against other Republicans.

Then again I’m also not the one making the Republican Party look bad by telling minorities to go back where they came from because their culture is inferior.

Nobody is dealing with the content because the content is garbage. John Cook is a good supervisor who got the SEIU endorsement last time, and got it this time because he is doing his job.

You could easily have written this about how Janet Oleszek is so weak that she can’t even get a progressive union’s endorsement over a Reoublican, but you instead chose to attack one of our two incumbents, especially given how close you are to Ben Tribbett.

How much did he lay you to write this?

No one paid me to write anything. You are so far off, you don’t even know what you don’t know. Please, ask John Cook to show you his questionnaire. Ask him to make it public. Please. Thank you!

So lemme get this straight. You banned Brian from commenting…..then you decide to respond 5 days later. Why don’t you just admit it Jeanine? You got your info from Ben Tribbett?

Bless your heart. You are just as sweet as the others at your site.

The reasons why Brian was banned are numerous will be revealed very soon. Brian is guessing he’s was banned for comments but it was far more than that and he knows it. He is not telling you the full truth.

I love how you all think you know how I got the information solely based on the fact that I am friends with (horrors!) a democrat. It’s hilarious. Such great detectives you and your little friends are.

Why are you all so fixated on Ben Tribbett? And me? It’s strange, to say the least. You might want to think of getting a new hobby, or at least a new obsession.

People are fixated on you because you are not helping the Republicans outside your faction. Did you make the pledge?

It’s Cook hurting himself with his outlandish pandering to the SEIU. I know it’s more fun to shoot the messenger but facts are facts.

How can John Cook claim to be a Republican when he supports a $15 minimum wage for all county employees? And even wants to push it statewide? Does that sound like a Republican to you?

The problem isn’t me, as much as you would like it be, the problem is Cook’s answers to SEIU. All he has to do is make his answers public and this will all be cleared up. He applied for the endorsement just as he did in 2011. Why not release the application for endorsement? It’s a simple way to clear this up. Please encourage him to do that, assuming you want to know the truth and not simply shoot the messenger.

send me the john Cook for $15/hr info, I’ve looked but can’t find it. besides, if these are county employees why not? it’s not forcing private sector, also has the county considered outsourcing these lower paying gigs to the private sector?

I live in Fairfax County, and it annoys the crap out of me that you keep mucking around with seats we could easily keep. John Cook is great. Frankly, I hope he gets the IAFF and FOP too. Why the hell shouldn’t he?

It’s not the endorsement that’s the problem, it’s what he said to get it. If Republicans in Fairfax support a $15 minimum wage then they’ll re-elect him.
I report, you decide how to vote.

First off, you’re making claims you can’t back up. Second, most Fairfax County employees (with the notable exception of seasonal workers) are already paid at least $12-15 an hour because the de facto minimum wage in Northern Virginia is far higher than it is elsewhere. Heck, even school bus drivers in Fairfax (and Loudoun) start at $18 an hour.

I’ve looked for the John Cook $15 min wage report, can’t find it…. can someone please forward me a copy?

If Jeanine keeps attacking fellow Republicans, I’m going to go broke contributing to them just to spite her…..

Why are you attacking Republicans, Jeanine? Do you want to see a Republican incumbent defeated by a Democrat here?

Brian making this particular comment, of all people… Peak irony has been achieved.

I went for the low hanging fruit comedy.

Republicans and spineless, moral compass-lacking drifters are two different animals. As with cowboy hats….if you ain’t seen him ride, don’t call him a cowboy.