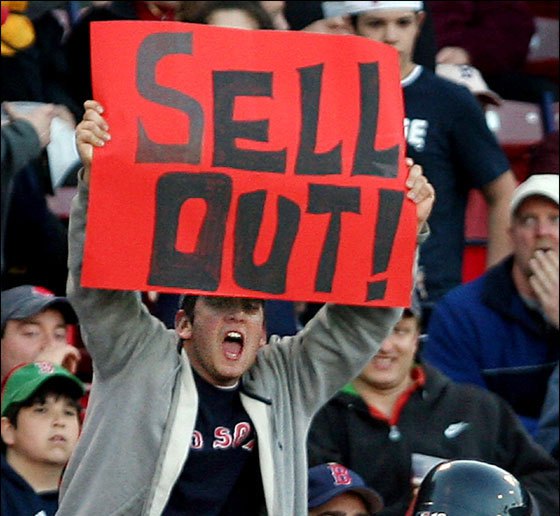 Selling Out vs Responsible Participation in Republican Party Politics

The triumph of Trump and the rise of populism in the Republican Party has left many people committed to Republican Party politics in a somewhat precarious position in the eyes of their own factions within the GOP. If a Bush or Cruz supporter works with the Trump Campaign to support a top down Republican Ticket in November, they are often accused of selling out their principles or making a deal with the devil. I think, for the most part, this couldnâ€™t be further from the truth.

Firstly, I do not believe that a vote for Donald Trump equates to support for his candidacy. Primarily, for those who understand presidential elections, we understand that a Trump defeat would also likely mean the loss of the Senate. Those who question the virtue of holding the Senate if it means ceding authority over the party to Donald Trump simply underestimate the importance of the Senate.

Unlike our Representatives in The House, Senators serve for six long years. In order to get conservative legislation out of Congress and signed by a President, not only do we need a majority in the Senate, but often times we require a super majority (unless of course Harry Reid is making the rules). A super majority may very well be out of the question in 2016, but holding our majority is absolutely within our control.

Itâ€™s not about holding power and simply having an â€œRâ€ as majority leader. Itâ€™s entirely about the legislation currently sitting and waiting for a Republican President. Now, like many of you, Iâ€™m not entirely certain we can consider Donald Trump a â€œRepublican Presidentâ€, but he will certainly be more friendly to federal efficiency, deregulation of industry, and the reigning in of the federal bureaucracy, which Trump, as well as anyone in America, understands is responsible for much of the economic stagnation in our country.

After Dr. Dave Brat defeated House Majority Leader Eric Cantor in the primary, he hired an experienced staff of Republican operatives to help deliver him a victory in his general election. Some of this staff had worked previously for Eric Cantor; however their experience in politics enabled them to aid Dr. Brat in finishing one of the greatest political Cinderella Stories of all time.

Gaining political experience by working for politicians with whom we disagree isnâ€™t compromising our virtue or selling out our principles. Itâ€™s simply gaining experience and being a voice for liberty in an environment where that voice isnâ€™t always as welcome as we would like.

It is easy looking in from the outside to imagine you could do things so much better, but too few of us are actually knowledgeable about how to govern once in power. There are many levers of power, many parliamentary processes and procedures, and many systemic inefficiencies which prevent the efficacy of our good intentions.Â  Yet, when sitting on the outside looking in, we find it all too easy to grab our pitchforks and light our torches in response to outcomes which came about through processes and for reasons we do not understand.

I am in no way making excuses for the Republican Establishment here, nor for the dishonesty with which the Republican Base has been treated by their elected. I am merely stating a fact â€“ a fact which must be a part of our moral and ethical calculus before we begin to judge every good man or woman who takes a volunteer or paid position with a politician somewhat less deserving of our respect and admiration.

For the cynical reader, I should express that no, I have not been offered money to work for a politician we might feel is establishment, and I have not been offered a job with the party. Iâ€™m not defending myself here. Iâ€™m defending the commitment and dedication of liberty-activists who pursue positions and employment in government looking to gain the experience to help future conservatives and constitutional-libertarians campaign and govern in the future.

We must not be so quick to hate everyone who enters the system, nor should we be so cynical as to imagine that anyone entering the inside world of national or state politics will be inevitably corrupted by it. Thatâ€™s just not true.

Returning to this presidential election â€“ while I respect the right for every voter to make an ethical decision not to support the Republican Nominee, I should hope that those individuals extend that same respect for every voter who, for their own principled reasons, decides to continue their path of participating in and building the Republican Party from the inside.

While I think it is irresponsible and hypocritical for the bastions of the old guard and establishment to bail on a Republican Nominee the first time they donâ€™t get the nominee they wanted, I respect their right to do so. For the conservative grassroots, I feel more empathy for you. You have been fighting tooth and nail for years only to end up achieving the nomination of a progressive populist. Thatâ€™s heartbreaking. I get it. If you refuse to support Donald Trump in November, I beg you, at least show up to vote for the rest of the Republican ticket. Donâ€™t just quit. Donâ€™t stay home. Donâ€™t walk away from the party that needs your liberty values and constitutional principles.

Andâ€¦ donâ€™t hate those of us who you know are dedicated to building a better Republican Party, but who choose to do so by supporting the entire ticket. Weâ€™re not evil and we arenâ€™t selling out. Deep down, you know many of us personally and you know that we arenâ€™t groveling for prestige or personal elevation. You may think we are naive for trying, but understand we are trying and we arenâ€™t sacrificing anything. Weâ€™re working toward liberty. Yes, there is a contradiction between the #NeverTrump and #NeverHillary premises which drive our decisions, but there is no reason for us to judge each other too harshly â€“ at least, with regard to the liberty movement folks and the conservative grassroots.

Selling Out vs Responsible Participation in Republican Party Politics was last modified: May 25th, 2016 by Steven Brodie Tucker