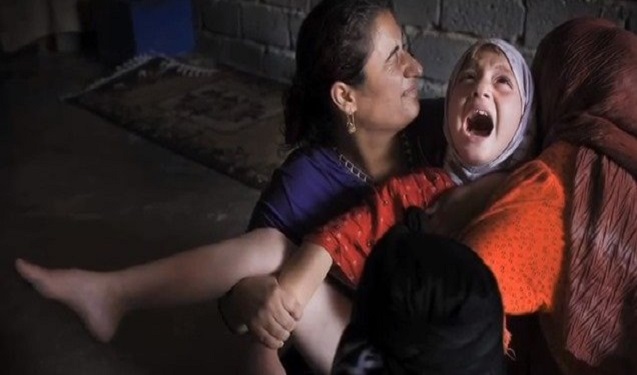 Below is a statement released by Senator Dick Black (R-13) concerning a bill he has introduced this session. His bill, SB 1060, makes it a felony to perform female genital mutilation on a minor, and also provides a woman with standing to sue her parents if they perform this barbaric procedure on her.

The bill is going before the Courts of Justice Committee tomorrow (Monday, Jan. 16th).  This bill should be a no-brainer for both Democrats and Republicans to support, but there is a real concern that there may be an attempt to kill this bill quietly as “too controversial.”  Please take a moment to call or email the Senators on the Courts of Justice Committee and let them know that you want them to work towards putting an end to this practice in Virginia.

On Monday, the Senate Courts of Justice Committee will take up Senator Dick Black’s bill, SB1060, which makes it a felony for female genital mutilation of a minor. Twenty-four states have passed laws to outline this brutal practice. He has introduced this bill to protect girls here in Virginia.

Genital mutilation is the ritual removal of the female genitalia. This gruesome practice is typically performed in Africa, Asia and the Middle East, and this is spilling over into America. This archaic attempt to force chastity upon girls through genital mutilation is an attempt to control women’s sexuality. UNICEF estimated in 2016 that 200 million women in 30 countries are victims of this vile practice.

“This physical torture of little girls is a violation of the rights of children,” Senator Black (R ) 13th Senate District said, “My bill will give these girls legal rights. Parents need to reconsider if mutilating their daughters is worth 20 years in jail and possibly being sued by the daughter for the damage they have caused due to these barbaric practices.”

Many families fly their daughters out of the country to skirt the law and perform this violent mutilation elsewhere. However, Senator Black’s legislation will not only make genital mutilation a felony, but it also gives a woman standing to sue her parents years later if they mutilated her as a little girl.

A felony punishment carries a minimum of five years in prison and a maximum of twenty years. Senator Black is asking for help to pass his bill by contacting senators and delegates to protect all girls in Virginia. Senators Obenshain, Saslaw, Norment, Howell, Lucas, Edwards, McDougle, Stuart, Stanley, Reeves, Chafin, Deeds and Sturtevant are on the Courts of Justice Committee.

Thank you for standing up to this child abuse. This is a horrific practice and it’s hard to believe anyone would be against protecting girls from having their sex organs sliced out with a razor blade in order to make her less likely to stray from a marriage as an adult. If anyone cares about women, they will vote for Sen. Black’s bill.

God help us. Add this to the list of bizarre legislation from the inconsequential Dick Black. How did this become a priority in the 13th District? I do not recall this being a campaign issue or even discussed. I am being kind by saying this is just grandstanding. More likely a concept from a delusional mind. Delusions of grandeur to be precise. How about some help with roads, jobs and education? Black didn’t run on a platform of promoting the values of Assad. He wasn’t elected to travel to Syria for some bizarre rah rah roadtrip. And certainly the issue of genital mutilation isn’t a priority for the 13th. I am not aware of any mutilation issues in Loudoun County or in Prince William County. What constituency is he representing?

If you were to become aware of victims in Loudoun and PW, would you then support this legislation?

How about elsewhere in Virginia? Are those acceptable to you?

If it was a massive problem in Loudoun and PW of course I would. I can tell you this I wouldn’t trust any data coming out of Dick Black’s mouth on this. There is not a problem with this in Loudoun or PW. (OK, now toss out some antidotale occurrence…waiting)

If Black is that concerned about our kids he should be spending his time dealing with the heroin epidemic we have in this area.

Why not be honest about this? The overwhelming majority of those who support this horror are Muslims. Have we become so scared of the truth that we won’t name it?

I cannot believe Muslims in America, and their elected representatives, would tolerate this.

Really? Who do you think their primary constituency is? They will not go against the radical paternalistic culture and to think otherwise is ignorant.

Are you saying that while there may be moderate Muslims, there is no such thing as moderate Islam? That there is only Islam??

And that this practice should be tolerated by our society and elected officials???

Your first sentence is exactly what Churchill implied in his River Wars commentary regarding muslims and Islam. It was written over a hundred years ago.

We tolerate Islam at our peril, and that ought to be obvious to anybody with the intelligence to look at the facts on the ground in Muslim majority countries and, increasingly, in Western countries like France, Germany, UK, Austria, and Sweden.

Just wondering. What rights of children are you talking about being violated?

What possible reason is there to oppose this?

Vote against this to be disqualified for GOP political office.

Fear of being labeled an islamophobe. Am betting 100% of Democrat representatives will oppose this on the grounds of civil liberties for Muslims.

Then it’s even more important that Republicans vote for it.