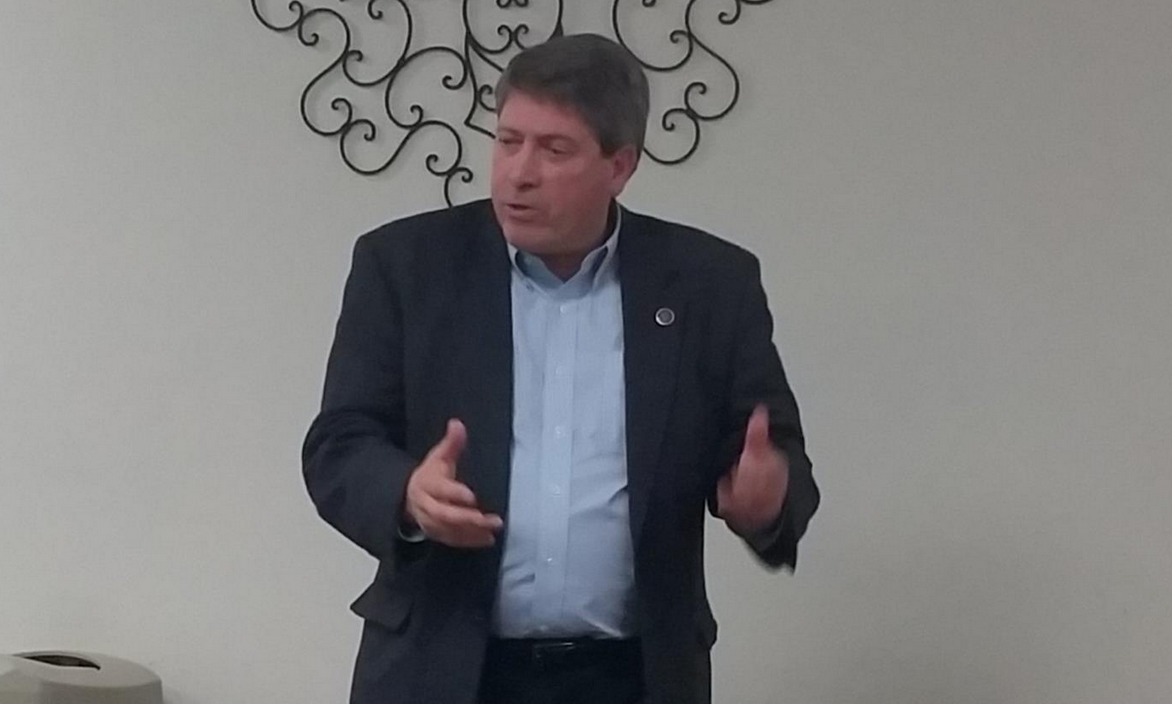 Steve Martin is one of the most pleasant and amiable members of the Virginia General Assembly.  Now, he’s taking that positive personality in a completely different direction.

Having lost in a three-way primary earlier this year, Martin’s 22-year Senate career comes to a close this January.  But he’s already started the transition back to being completely in the private sector: as a driver for the internet taxi company, Uber.

[Martin] has hit the road to supplement his job as a self-employed insurance broker and benefits consultant. Martin said he is making good money working for Uber and enjoys driving and visiting with passengers, in what one customer said is an older model Nissan Altima.

Always good for an entertaining story or anecdote, the affable and sometimes quirky Senator from Chesterfield is also known for his strong faith…and his singing.  I got to know Martin a little better at a recent statewide GOP convention, when we were seated together backstage while the Senator warmed up his voice for a performance.

While Uber is a bit of an unconventional move, I bet Steve Martin is going to have a great time with this.  If you’re ever in Chesterfield and need a ride, keep an eye out for the Senator behind the wheel.

So I’ve been in Philadelphia for three days and I’ve been taking Uber all over town. So far I’ve met a retired skilled mason doing this for some cash during retirement, a factory worker who is looking to make some extra bucks, a Pakistani guy doing this full time after he left a limo company, another guy who works for a bank … I’m hoping maybe I’ll meet a state senator next.

But seriously, Uber is the free market at work, it’s cool Martin is doing this. I bet he’ll have some stories to regale riders with.