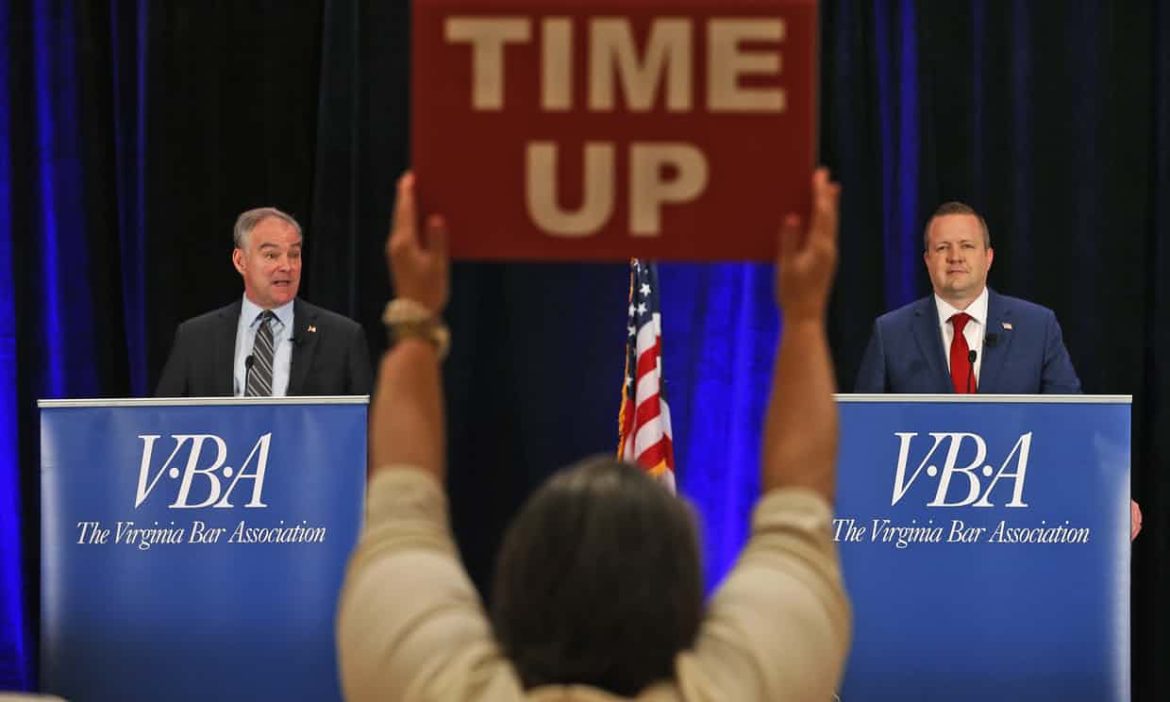 Today at the Homestead Resort in Warm Springs Virginia the State Bar Association held it’s annual candidate’s debate.  This year’s debate was between candidates for Senator, Tim Kaine and Corey Stewart.  Rick Sincere covered the debate live, his observations are here. Much of the debate centered around President Trump.  Kaine got in some good jabs at Stewart around Trump and the Russians causing laughter in the audience.  It doesn’t appear this debate helped Stewart to close the nearly 20 point lead that Kaine currently enjoys.