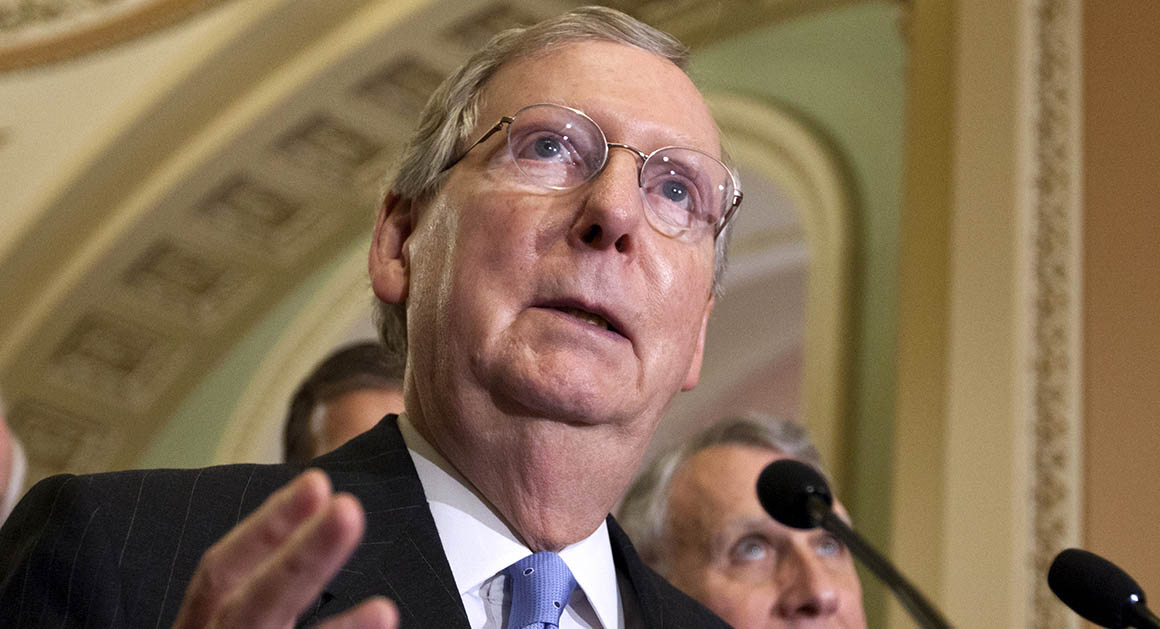 A funny thing happened yesterday on Capitol Hill.  Senate Majority leader Mitch McConnell woke up with some newfound intestinal fortitude, and the Senate Republicans fulfilled a major campaign promise to their base by powering through a nearly full repeal of Obamacare.  The bill still has to be go back to the House for approval because the Senate bill is actually a lot stronger than the version passed in the House.

Senator McConnell used the reconciliation process to force the bill through without the possibility of a veto.  Reconciliation is a legislative process intended to allow consideration of a budget bill with debate limited to twenty hours under Senate rules.  Ironically, this is also the way Obamacare was originally passed.

The bill passed 52-47 with Susan Collins (R-Maine) and Mark Kirk (R-Ill.) voting against it.  Lisa Murkowski (R-Alaska) voted against the amendment to defund Planned Parenthood, but ultimately voted for the entire bill.

While the bill is certainly to be vetoed when it reaches the President’s desk, it sends a signal to the American people that Republicans are actually trying to do something about Obamacare, and it forces Democrats to go on record supporting this wretched health care legislation.  There are times when you have to fight the battles you can’t win in order to ultimately win the war, and this was one of those times.

One other thing this bill does, in my opinion, is put the lie to statements previously made by Sen. McConnell and other moderate Republicans that it is no use trying to pass bills like this because the Senate Democrats will just veto them.  When push came to shove, and Mitch McConnell wanted to get some Conservative street cred, he was able to find a way to get the bill passed.

So thank your Senators today for (finally) doing something they promised us they would do, and keep this in mind the next time they tell you they just can’t do something.

Meanwhile they also pass a Highway bill that busts the all ready broken budget even further, unless you buy into the typical guise of beltway budgetary tricks, false representations, misdirections and deficit recover scenarios sometime in the next decade, plus reinstate the “dead” Ex-Im Bank to further the corporate cronyism cause. McConnell isn’t looking for conservative “cred” he is playing the same old game and just looking for some temporary cover via staged floor theater.

Yep…I see people being jubilant that the Senate did this, having NO IDEA what else is in the legislation.

Considering every single Conservative Republican Senator voted for this bill, including Ted Cruz, Rand Paul, and Mike Lee, I feel justified in feeling good about this one. I’m not saying this makes Mitch McConnell any better than he was before. I’m saying you need to take your victories where you can.

The other point I made is that it proves that we can get good bills through the Senate if they want to, so we need to increase the pressure to get more bills like this moving to the President’s desk.

This recent effort is eyewash and will accomplish nothing but Marco Rubio of all people may really have put in place a deadly blow to the program when he fought and won the fight during recent budget battles to include a requirement for HHS to maintain budget neutrality in all it’s Obamacare insurer risk-corridor programs. This effectively restricts any back-door financial bailout of the insurance companies by denying HHS to freely dip into general funds for risk-corridor payments given premium shortfalls. With the accelerating failure of multiple Obamacare co-ops in the past year this rider has restricted all risk-corridor payouts to funds collected from taxes on insurers. If this trend continues and there is no reason to believe it will not the end result will be the financial collapse of the program. That is why there has been a quiet but aggressive effort in Congress by both Democrats and many Republicans to legislatively rid Obamacare of this rider. If you wish to inform your readers this is a specific issue to shine light upon as it is the one real opportunity to remove this program that Obama has no executive tool to override. Congress needs to understand that any attempted vote to remove this rider will have personal consequences for them come re-election. This is an issue that needs to be widely understood and communicated throughout the general voter base.

I’d expect them to jettison riders like this whenever and wherever found.

That is great news…and I never heard of it. Yes, I’d like to hear more about it and understand it better. It sounds like a smart republican (Rubio) found a way to slowly bleed Obamacare to death. Bravo! I’ve been reading about insurers stating they may need to drop out of the Marketplace, but didn’t fully understand why. Now, I know why. The insurance plan has to actually stand on its own and they can’t tap into the taxpayer piggybank.

Below is an article from the newsletter CQ HealthBeat that lays it out with further information on the $2.5B shortfall on the risk corridor program that is causing the pressure to revise the rider. If the Republican’s sign on to any type of revision they are de facto permanently institutionalizing Obamacare regardless of the show floor votes.

Yes, it’s more McConnell Failure Theater, destined to go nowhere because he wants to keep some of ObamaCare in place. That is why Ted Cruz is the only candidate for conservatives — he’s the only one who has shown a willingness to pull back the curtain on Mitch’s charade. Absent a Republican president with that willingness, Mitch will run DC and continue his game. Can anyone really invision Rubio going mano y mano with Mitch on principle in the way Cruz has?

My dream — President Cruz saying that unless Mitch agrees to “X” the government will have to shut down.

And here is half-full. The problem is that the cost of moving the bills is porkola prohibitive. These guys don’t put their states first. Gotta repeal the 17th or nothing will ever change.

Ain’t you just the bringer of joy and sunshine? Half-empty indeed. Leopards don’t change their spots. It’s a systemic failure that can only be fixed by repealing the 17th.

Wake me up when they DELIVER a promise.

It’s the passivity that kills us, a vigorous active party and machine would maintain sufficient pressure to achieve objectives. These ‘Super-congress’ critters have no check keeping them honest — they only have to keep one or two population centers content to stay in office.