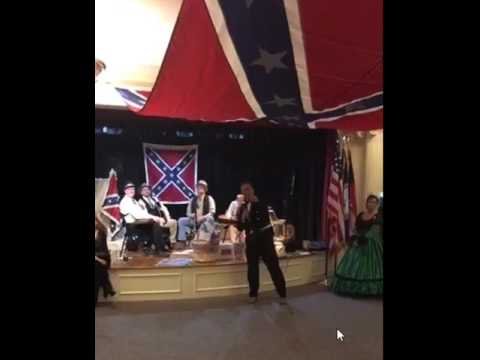 The Senate GOP’s campaign arm hasn’t endorsed Stewart, who has made defending Confederate monuments a central plank of his political career. And its chairman said that the committee has “no plans” to spend any money on Stewart in his race against Democratic Sen. Tim Kaine (D-Va.).

“At the senatorial committee we’re focusing on Missouri, Indiana, North Dakota, Montana, West Virginia and Florida. There are great races around the country. [Virginia] is not the map,” said National Republican Senatorial Committee Chairman Cory Gardner (R-Colo.). “We have a big map this year, and what I’ve laid out in races that I’ve talked about, Virginia’s not on it.”

“Sometimes in the primary process, the thing we try and get done is get the most electable candidate on the ballot in the fall. And that doesn’t always happen,” conceded Sen. John Thune (R-S.D.), the No. 3 GOP leader.

Right, that did not happen in Virginia.

Politico goes on to say what a huge blow this is to down ballot Republicans in Virginia.

GOP leaders had hoped to block Stewart, making a late play to boost state Del. Nick Freitas, who narrowly lost to Stewart on Tuesday evening. Republicans said privately it’s a huge blow to the Virginia GOP’s down-ticket races, particularly in competitive House races, even if they never saw a serious path to defeating Kaine. (emphasis mine)

By placing an unabashed acolyte of President Trump at the top of the ticket, Virginia Republicans have energized their base but may have complicated GOP efforts to hang on to four crucial House seats, analysts said Wednesday.

“It’s been nine years since Republicans won a statewide election in Virginia, and at this rate, it may be a while longer,” said David Wasserman, a House analyst at the nonpartisan Cook Political Report. “I will also say that Stewart’s nomination could threaten Republican prospects down ballot, particularly in suburban House seats.”

Meanwhile, Virginia Democrats are “ebullient” over the Republicans choice of Corey Stewart.

Is anyone surprised that Stewart will have no support in the Senate and is likely to cost Virginia Republicans four Congressional seats?

Bull Elephant = mouthpiece of the establishment.

Thank God Trump overshadowed and outclassed you all. You are the opposite of the Founding Fathers.

Your last sentence removes your credibility Jeanine. It is just your opinion of course. But you write it like it’s a fact.

These anti-Corey-ites? I suppose that these would be the same ‘upset and indignant’ Republicans who never say a peep about the million plus murders in and around the Middle East all based upon a false flag stand down order as was amalgamated with an equally infamous weapons of mass destruction charge? The same who won’t repeal ObamaCare? The same who refuse to terminate the massive War of Immigration being waged against America? The same who never lift a finger against a decades long Looting of America and the many Acts of High Crimes and Treason having been committed? Is this the same anit-Corey-ite League of the Virtuous we are talking about?

Again, the Basic Rule is: if the Establishment Cucks are against a candidate, then I am for that candidate. The corollary to the Basic Rule is: the candidate does not have to be squeaky perfect, but he or she must positively be an irritant to the every whim of the Globalistist ambition of the Parties of Duoply, both R and D alike.

Best way to deny the globalists the Party is from the inside.

And maybe from both ends of the stick working towards the middle?

Representatives like Flake are;
“Crackers”.
Yup I said it.
Someone has to say the truth.

Are these stories pictured with the flag any different than Northram’s Truck add? There worse.
The truck add was incorrect because the man driving should have gotten out and said to the latino child;
Where is your dad he wasn’t on my job laying brick, framing or roofing today.
Tell him to get his but to work tomorrow or I give the work to the other immigrants your guys are a dime a dozen.

The truth is these kind of men are the men Americans ***won’t work*** for.
Candy butt lazy White men.

I remember a joke after the 2012 election. Mitt Romney ran on JOBS JOBS JOBS and Americans said loud and clear, “NO THANKS!”.

I was one of those voters who proudly rejected Romney, Gillespie and other clones packaged in a different looking wraper.
They say they can created jobs. That statement is misleading. To put one man out of work to “create” a job is not job creation , it is job redistribution.

Big Deal, so the swamp doesn’t want to elect Corey. I’m shocked that Sen. Flake is not on Team Stewart.

Again, not a big Corey fan, but isn’t it interesting the headlines sound reminiscent of what we were continually fed during President’s Trump campaign. This defeatist attitude is what needs to be purged from the republican party. The race has just officially started and this crowd keeps trying to write the obituary. The least you could do is stop with the bellyaching and focus on the nominees you hold in such high regard. Your continued negativity is helping no one, including your chosen ones.

I didn’t write the news, three other publications did. When three sources focus on Virginia, we usually report it even if it’s not great news.

I suppose, but the only thing I would use the Washington Compost for is lining the kitty litter box. I hope you have someone lined up that can add some positive waves to the commentary here. All this hand-wringing is counterproductive for every GOP candidate in Virginia.

But you do pick out the pictures. And set the tone.

This site is part of the Pro-immigration
Senator Snow Flake Republicans?

You have pinned the tail on the donkey … and with beautiful economy!

It’s your spin. Especially the last sentence. With friends like you…

The tea party has sold out. They failed America. Corey Stewart has balls though and he will make a great leader for the right-wing in the years to come.

You are correct he (Stewart) has balls,
the others have a mangina.

The TEA Party is nothing more than an ugly mouthpiece for White Collar Republicans.

Amen to that. The Tea Party people belong solely in the GOP pushing and keeping the party to the right, not as separatists outside of the party.

The Tea Party did not sell out.

To be fair, they already had Virginia as “will likely not engage” months ago. They are saving their money for more winnable states.

Yes, but had someone else won, they may have reconsidered.

Had someone else won, they would be the nominee.

Interesting that the TEA Party stood against illegal immigration when Obama was in and the Dems had a majority but now they are hiding under a rock with the Republican Majority.

I guess it is nothing more than a political issue and not an issue of reality.

Just because you assert an untruth does not make it so, nor are you qualified to speak for “the tea party” broadly. Sorry!

Nor does the TEA Party speak for anyone but itself, and the inaction of the TEA Party on illegal immigration speaks volumes to the public and the voter.

……aaaannnnnd no one posited that the Tea Party does speak for anyone but itself. Are you able to have dialogue without using constant logical fallacies? It’s hard to have a conversation with continual dishonesty.

You are number one , now just guess what finger I hold up to you and the lame butt TEA Party.