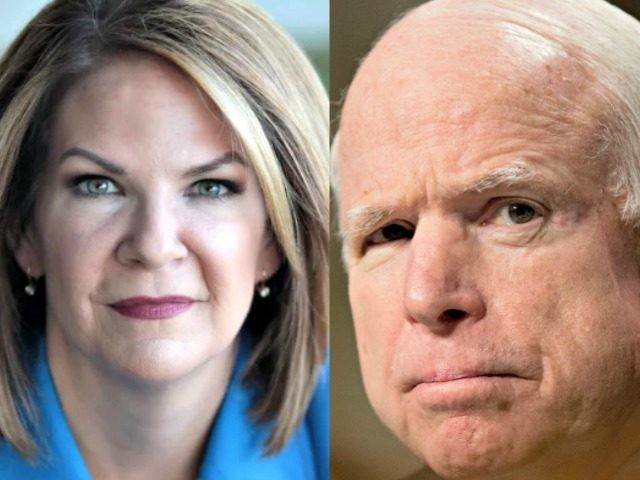 I strongly endorse Dr. Kelli Ward for U.S. Senate. As a combat-wounded officer who served on the Pentagon’s General Staff, I am deeply concerned by Senator McCain’s support for violent Islamic jihadists.  It is imperative that voters remove him from the U.S. Senate.

John McCain has done immeasurable damage to the prestige and national security of the United States. His support for regime change in countries like Libya and Syria has empowered al Qaeda and unleashed a torrent of bloodshed. By supporting Saudi Arabia’s violent jihadist schemes, he helped unleash terrorist attacks across the globe.

Kelli Ward is conservative, energetic, and highly-intelligent. She has a firm grasp of foreign affairs, and, unlike John McCain, she is not beholden to Islamic tyrants. Kelli Ward will be a leader in the U.S. Senate. She will defend America’s interests and finally begin defending Arizona’s borders. The time to retire John McCain is now and to put America’s interests first!

I am surprised Black got back from Planet Pluto in time to visit Arizona. The internet has been saying Black was up on Pluto negotiating mineral rights for the umpalumpa.

He’s shown very little tolerance to those who have visited Uranus.

Ha! He does tend to be obsessed with Uranus. Didn’t he hand out plastic…never mind.

That whole Syria photo op. What a head slap thing to do…

That whole Syria photo op. What a head slap thing to do…