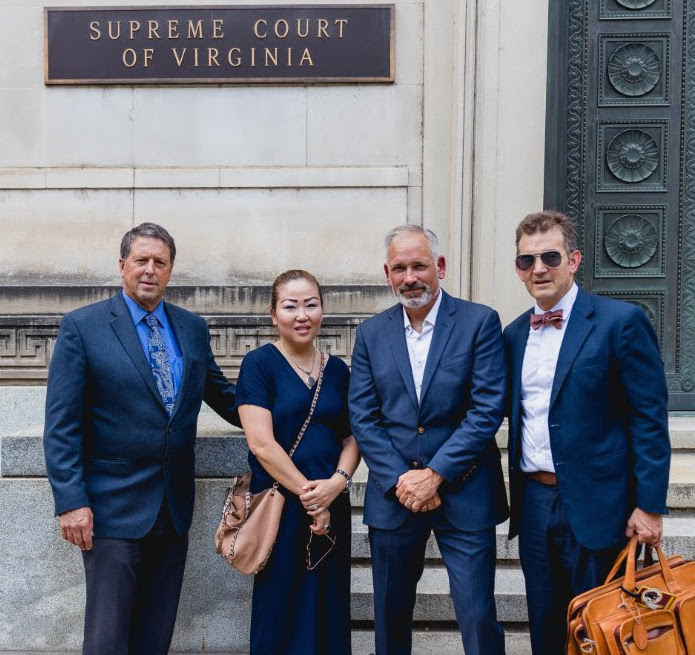 Senator Chap Petersen has withdrawn his lawsuit against Governor Northam’s executive orders and filed an order of mandamus with the Virginia Supreme Court.

Petersen is representing two Virginia businesses that were effectively shut down by the Governor’s orders during the COVID-19 pandemic.  They are the Fujiya House restaurant in Fredericksburg, owned by Linda Park, and Zion Springs vineyard and wedding venue, owned by John Tigges, in Hamilton, Loudoun County.  Petersen has referred to Northam’s orders concerning COVID-19 as “dictatorial”.

“These executive ordinances have either got to be approved by the legislature or they’ve got to eventually be vacated,” he said. “At some point, we’ve got to go back to the rule of law. I know that sounds a little bit radical…

These executive orders are 4 1/2 months old, they didn’t go through any democratic process, they used the statute that enables the governor to pass emergency ordinances,” Petersen said. “But ‘emergency’ is defined as usually within when the legislature cannot be called into session. ‘Emergency’ is not six months, it’s not a year.”

COVID-19 likely will continue to exist for months and years into the future, Petersen said.

“Are we going to be ruled by executive order that whole time?” he asked. “That may be OK to some people, but to me it’s not an acceptable result.”

It is thought that bills will be introduced to curb the Governor’s dictatorial edicts during the General Assembly’s Special Session which convenes tomorrow.