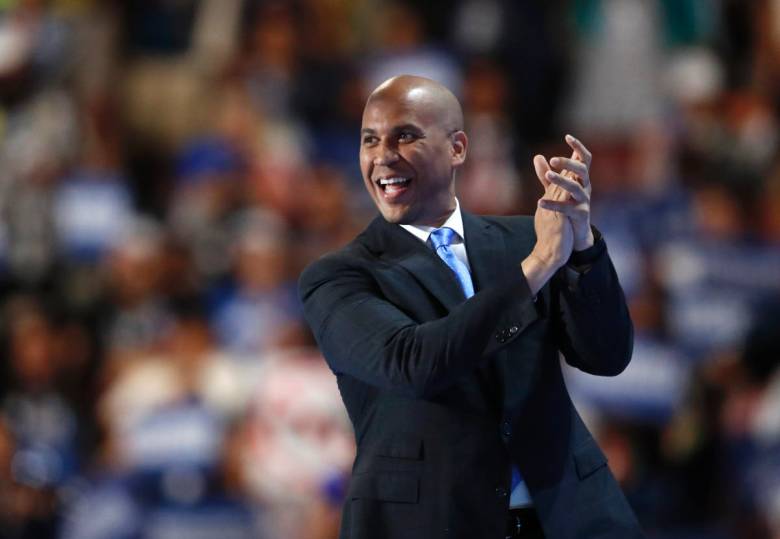 The first night of the Democrat National Convention was impressive. Cory Booker, the junior Senator from New Jersey and once popular choice for Vice-President, performed a riveting speech which highlighted the virtues that tie all Americans together. The truths enumerated in his address reached out to the hearts and minds of every American, dancing honestly from our nation’s founding to the virtues which remain the hallmark of our greatness, our liberty, and our prosperity today.

Booker began by paying homage to the genius and vision of America’s founders and framers of the Constitution; and while he noted their imperfections, he admitted that “those facts and other ugly parts of our history don’t detract from our nation’s greatness. In fact, I believe we are an even greater nation, not because we started perfect, but because every generation has successfully labored to make us a more perfect union“.

Senator Booker, taking the high road, avoided the idealistic impulse to reject all Republican virtues. Instead, he paid respect to the profound importance of “rugged individualism”, while noting that we did not survive and prosper throughout history merely as individuals. Our greatest accomplishments were achieved together. There is a certain brilliance in paying respect to the values of those with whom you disagree, before delivering an expected premise to which your opponents are already prejudiced.

His entire speech was built upon this simply strategy: to acknowledge and show respect for the deeply held beliefs of Republicans, while advocating for and demanding respect in return for the principles which serve as the moral justification for much of the Democrat’s political agenda. Booker’s speech completely lacked that angry and idealistic progressive flair, harkening back to a simpler time when Liberalism wasn’t unpatriotic or reckless, nor its intentions unattainable. Booker’s message was decidedly patriotic, inclusive, optimistic, and moral.

This is the high call of patriotism. Patriotism is love of country. But you can’t love your country without loving your countrymen and countrywomen. We don’t always have to agree, but we must empower each other, we must find the common ground, we must build bridges across our differences to pursue the common good. TIME

While we knew where he’s going, we could find no lie in his sentiment.

Senator Booker took his shots at Republican Nominee Donald Trump, not to condemn Donald Trump as evil, but rather to charge Trump with the greater crime of having the wrong vision for America and of Americans. Artfully, Booker concluded his attacks on Trump, not with a judgment against The Donald, but with a contrast. “Americans, at our best, stand up to bullies and fight those who seek to demean and degrade others. In times of crisis we don’t abandon our values – we double down on them“.

While real truth, virtue, and history flowed poetically from the Senator’s sermon, it had absolutely nothing to do with the Democrat Party. He could have given the same speech at a dentistry convention in Las Vegas and it would have made as much sense as this speech performed before the Democrat delegates in Philadelphia.

Nothing in this speech justifies or rationalizes the need for irresponsible spending and reckless debt, intrusive regulations that strangle our economy and dull American innovation. Nothing in this speech explains how the federal government has the right to engage in perpetual social engineering. Nothing in Senator Booker’s speech justifies increasingly higher taxes (in their many creative forms), subsidies to America’s most powerful industries, handcrafted legislation purchased and written by special interests on K Street, or bailouts for the banks, Fannie Mae and Freddie Mac, and Wall Street criminals who detonated an economic atom bomb at the center of the American economy.

The beautiful vision trumpeted from behind the podium wasn’t even relatable to the majority of delegates in The City of Brotherly Love.

Let us declare, so that generations yet unborn can hear us. We are the United States of America; our best days are ahead of us.

Only an idiot could read “abortion” into that. Congratulations, Brodie.

Nope that puts a bullseye on the unborn word and highlights that even more generations will never hear.

The irony seemed obvious to me.

I’ll tell you something even worse. BE & BD not covering or highlighting the Trump rally in Roanoke.

Reports probably haven’t yet been filed with the bureau. Wish I could have gone.

Starts at the 36 minute point.. This was nice quality so went with the long version.

Sorry I couldn’t make it, I live 4 hours away.

Great Article. However, now it seems like both Booker and Obama are planning a run for the democratic nomination in 2020.

CNN and the other networks are not reporting any of this. They don’t want anyone to know.

go to youtube and do a search on “sanders delegates walkout”..
Must admit that I am rather curious how all of this may play out

The battle between the Sanders Revolution and the corrupt DNC continues. “Somebody” seems to be hiring “fillers” to replace the Sanders people for the finish of this lovefest. There are claims that most seats in the building are now reserved for hired people, and white noise machines have been installed. Just curious what claims MSM will make about the “united” party..

After Hillary implodes the Democrat Party will be increasingly divided between the Booker/Obama crowd of aggressive, though incremental, liberalism and the Warren/Sanders/Stein crowd of South American Style Socialism.