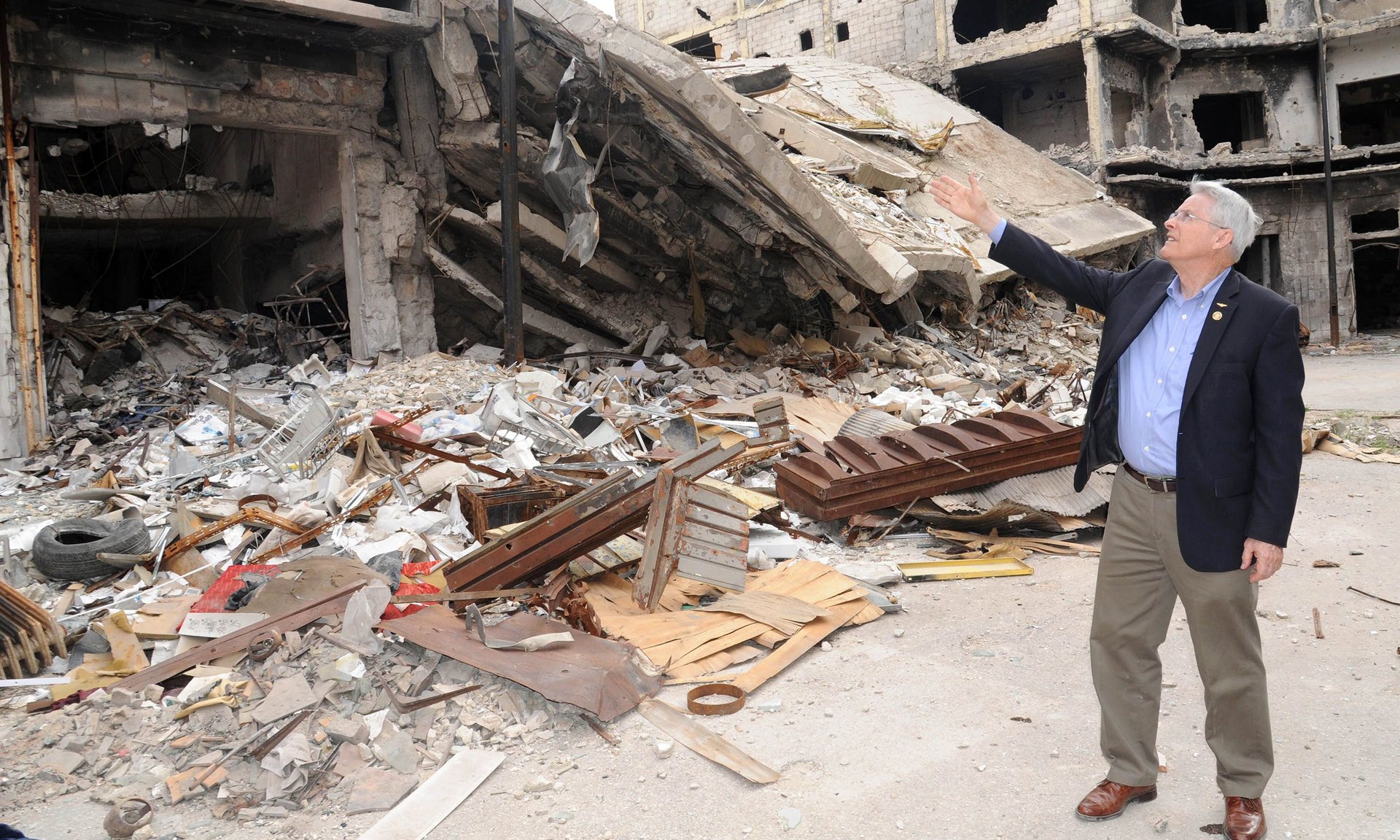 Senator Dick Black (R-13) is spending three days in Syria in support of Syrian President Bashar al-Assad. Senator Black has tried for years to bring attention to persecuted Christians in Syria. From the Washington Post,

“I am hoping to move us away from our insane policy regarding Syria. Syria has greater women’s rights and religious freedom than any nation in the Arab world,” Black said in a series of text messages to The Washington Post.

“We are allied with two of the most vile nations on earth, Saudi Arabia and Turkey, which are intent on imposing a [Wahhabi] fundamentalist government on the Syrian people,” he said.

The Senator’s trip is not being paid for by the Virginia Senate or taxpayers.

Earlier this month Senator Black resigned as the co-chair of Ted Cruz’s campaign in Virginia.  The Senator was recently elected as a national delegate from the 10th district to the National Convention in Cleveland.

More on Senator Black’s trip to Syria here and here.

Oh Lord, everytime Dick pops out of his shell I get asthma.

Of course Syrian Christians who dare to oppose Assad are treated as brutally as anyone else who dares to oppose him.

I am so proud of Senator Black, a member of the august body that I worked for many years ago. It is so great of him to be giving cover to a mass murderer of epic proportions who started a civil war in order to halt dissent and has cost well over 200,000 lives. In addition, I wasn’t aware Virginia had a particular foreign policy differing from our federal government’s. The late great Senator Hunter Andrews is spinning rapidly in his grave over this and other stuff.

Dick Black is one of the good guys.

Since Obama doesn’t have a coherent foreign policy and America is literally fighting both sides of the Syrian war I’m glad to see someone is over there talking about how to bring peace to the Syrian people.

This is a rather courageous little trip for Senator Black, and it certainly bucks all the warmongering dreams and ambitions of fancy fantasy now so prevalent these days in the Imperial City to our northern border.

And someone these days standing up for Christians, how utterly refreshingly astonishing! Somebody actually acting counter to the Washington regime’s War on Christians.

I will be looking to ‘Comments’ here to see how may R’s actually give a hoot about Christians.