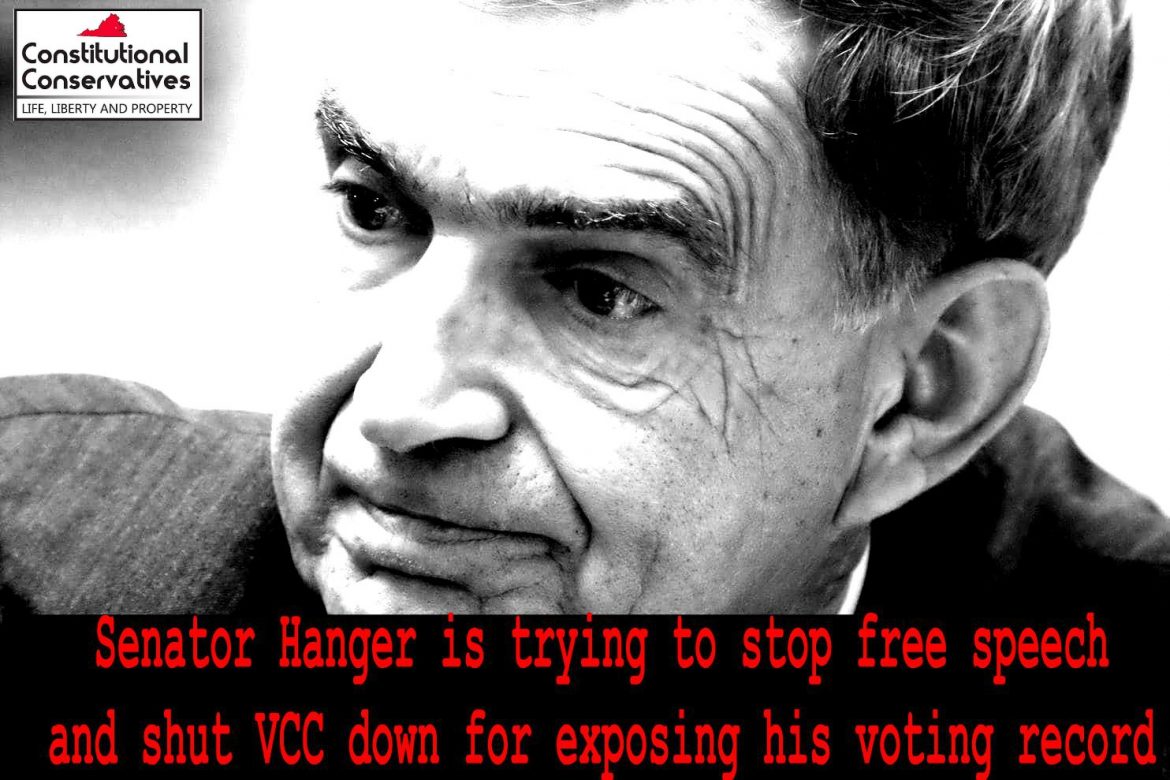 Senator Emmett Hanger has lodged a complaint with the Virginia Department of Elections Ethics Committee against the actions of the Virginia Constitutional Conservatives (VCC).

Before the June Primary, the VCC PAC had distributed hundreds of flyers in Hanger’s District, one on Hanger’s deciding vote against Constitutional Carry, forcing Virginians to pay a tax to bear arms, and another at Hanger’s Church showing his vote to expand Obamacare and fund millions to Planned Parenthood.

Hanger, claiming that the effort was against Virginia’s “Stand by your Ad” Law, filed a complaint with the State, alleging these flyers were false and violated State law.

Neither of these flyers were political ads, they simply showed Hanger’s voting record, which is publicly available and we were simply exercising our rights as protected by the 1st Amendment to tie his votes directly to the election season. Hanger may claim his constituents were upset over the flyers, but I bet they were more upset at finding out the anti-gun and pro-abortion votes he cast.  This is nothing less than an elected official attempting to squash free speech and shut down our grassroots PAC. We will fight this effort for it endangers all voters of Virginia for the benefit of the political class.

The Virginia Constitutional Conservatives had a hearing yesterday at the Virginia Board of Elections, to determine if the State deemed they had broken any ethics laws.

As of today no ruling by the State Board has been distributed.