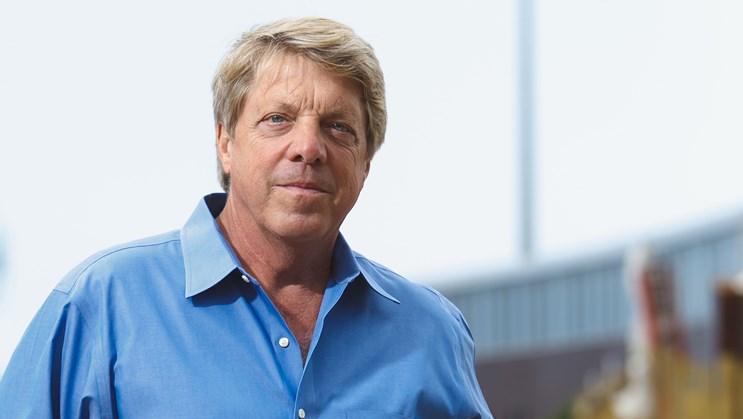 Delegate Ben Cline put forth a bill, HB 2233, (asÂ we reported yesterday),Â that would have given Virginians the choice to buy health insurance across state lines. This would give us more options to find better, and less expensive,Â health insurance plans for our families.

The bill was passed in the House of Delegates, 66 to 32.Â  It was then sent to the Senate Committee on Commerce and Labor where it was voted on this afternoon. Â The first vote on the bill was 7-6 until the Chairman of the Committee, Senator Frank Wagner, voted. He voted against it and the bill failed on a tie. (That vote has not been recorded in the LIS.) Â The bill has now been “passed by indefinitely”.

Why might Senator Wagner have voted against this bill? Â It just might have something to do with the health care industry that has contributedÂ $234,275Â to his campaign coffers over the years. Â Just a wild guess.

Once again I must ask, why is Frank Wagner a Republican and why on earth is he running for Governor?

Glad we have better alternatives

Frank’s path is math. He wouldn’t be running if he didn’t think he could take a plurality.

We may actually end up supporting him for Governor.

With 4 running I suppose anything could happen. Too bad Ron Hedlund screwed us out of a convention.

Well, (the Dick Black hand-picked) Puneet voted for a primary too, and so did each for-primary voter.

The collective wisdom of the SCC picked a primary as the best methodology of choosing a nominee.

I blame all of them individually and together for this mess.

Although given what recently passes for conventions in our party, the primary does indeed have some validity.

No, you may end up supporting him for governor.

And THAT is why you shouldn’t be allowed to play in any Republican games.

This is what happens when your party is too open.

I’m not joining any union, so I don’t have a party. Both party’s suck. I do not remember ever voting in any state primary. However, if the primary were tomorrow I would show up and vote for Denver.

Let me make it very clear, I will vote against the establishment in November. I am not throwing myself under a bus by voting for a power company puppet.

I have no problem with you not voting in a Republican contest as you are not a Republican — it is our job to select someone good enough that you would consider in November.

It’s probably the main reason why Today’s party sucks so much.

The non-Republicans in the 7th who may have helped kick Cantor out did all of us a big favor. Brat is far better for America. Thank all of you whoever you are. Now, if they would only show up in Wisconsin and Kentucky.

Yes, and that works in a conservative district where the stars align, but that was an anomaly. Furthermore, it was not the Republican organism that vomited him out.

We need to organically reform the GOP into not allowing candidates to get so sick that they can only be cured by primary chemotherapy.

Wagner has 0 chance of getting the nomination – unless Ed, Riggleman, and Corey Stewart each pull out of the race.

Ok, let’s cipher this out, you just have to get more votes than the other three.

Why did Frank run?

A) to build up warchest?
B) because everyone loves/hates him
C) A and B

Now let’s thumbnail the GOP blocks and where they might fall:

2) Gillespie gets DC ruling elite that owns D.C., national establishment, Tea Party mandarins, and republicans that worship at the altar of political cash on hand.

3) Corey gets true conservatives, Trumples, bulk of the weirdoes, tea party rank and file, pragmatic Republicans, and alt-everybody else.

5) Sarvis gets party post-primary #nevers, probably most of 4 with a small percentage of 2 & 3.

I can see Wagner getting a significant percentage statewide of none-of-the-above and becoming the grownup as the contest devolves — he might truly be the compromise candidate when the smoke clears.

When has every Republican delegate to a state convention ever even been on the same page?

At the end of every convention, it’s how/why they are supposed to work. Now clearly this doesn’t hold true for the Mass Meeting el Grande abominations that we have been considering as conventions, but those have only been made to be unpleasant in order to make primaries seem sensible.

No doubt about that, not only for Governor this year, but for state Senator too in the next election year, if and when someone (not two) will step forward to run in a primary.

That really is disgusting.

Disgusting. Ask Speaker Howell and Leader Cox why this man has been given his seat on the committee.

He’s a Senator, so that question is best posed to Tommy Norment… which should tell you all you need to know.

Help me out here. Jeanine, doesn’t the link provided show a vote of 11-3? Where is the 7-6 vote? Not only Wagner, but just look at the rest of the votes to stop the bill. Are they any surprises?

And you really think the Republicans in Washington are going to allow ANY free market competition in ANYTHING that will help the middle-class? The US Congress is sitting on their asses, letting Republican owned Wall St. use the media weapon that they own to try to take down Trump.

At least Trump is shipping out a few illegals. And the crying, law breaking, illegal criminals? Who was crying for Americans 30 years ago when illegals took our jobs and ruined our lives?

So what is the answer? 7-6 or 11-3? What (other than donations) would be the motivation to oppose out-of-state insurance?

Donations or legalized bribes? The answer is of course, to take the money out of politics. Notice the media will never allow the focus to be on money in politics. The biggest threat to our national security is the American corporation. Just look at what corruption has cost us with the F-35 program. Never would have happened without PAC’s, special interest, and campaign money.

Just look at what Wall St. is up to now. They are the bunch who is behind using the media as a weapon not only against Trump, but all of us.

Just look at Congress laying back on their asses now doing nothing. The media in this country needs to be cut down to size.

Al Franken questions Trumps mental health and talks about the lies. Just look at Hillary’s lies. What politician is not a professional liar?

There were 2 votes. The first 7-7 vote was not recorded in LIS

The first was a vote in the committee that wasn’t recorded. The 11-3 vote is after then knew the bill couldn’t pass, they didn’t have the votes. Why it changed so much, I can’t answer.

Basically, isn’t the way it works, those who throw enough money at the majority leaders favorite PAC’s and campaigns, are the ones who get the key committee assignments?