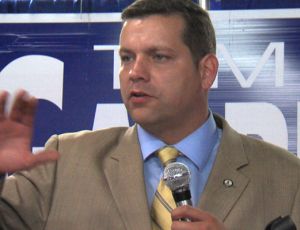 Senator Garrett has made calls to all the 5th District GOP Convention delegates, expressing his strong support for his “close friend,” Mark Lloyd. In his message he stated in part:

I am asking you to support my friend, Mark Lloyd, for 5th Congressional District Chair. Mark is a staunch constitutional conservative. He is unequivocally pro-life, pro-religious freedom and pro-second amendment.

Mark Lloyd has refused to join the divisive practice of slating, despite being slated out of his home county by his opponent’s supporters. And most importantly, Mark Lloyd has a great track record of electing Republicans. He mobilized over 150 volunteers to help elect Congressman Robert Hurt and help win the 2011 Virginia senate majority. Mark Lloyd did great work in my victory and he’s exactly the type of leader the 5th district needs. He can lead our party back to victory in Virginia.

This is an interesting development for Mark Lloyd, especially since an email was circulated yesterday by some Republicans claiming that Mark Lloyd is not a loyal Republican. Interestingly enough, some of the Republican leaders who signed the inflammatory letter against Mark Lloyd have been involved in the exclusionary slating activities. 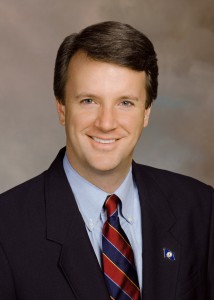 While Mark Lloyd’s opposition seems bent on negative campaigning, Mark has been focused on the positive. In addition to securing the endorsement of Senator Tom Garrett, Mark Lloyd has received the endorsement of Delegate Ben Cline. Delegate Cline is the House Chairman of the Virginia Conservative Caucus. Both Cline and Garrett have well- known reputations for being staunch conservatives. Cline has also recorded a robocall on behalf of Mark Lloyd. It says in part:

Mark is the energetic leader our party needs to help deliver election victories for our GOP candidates, like our great Congressman Robert Hurt…

…As an elected representative, I appreciate how Mark fights tirelessly for our Republican Creed. Mark will work first and foremost for YOU.

You can listen to the call here.