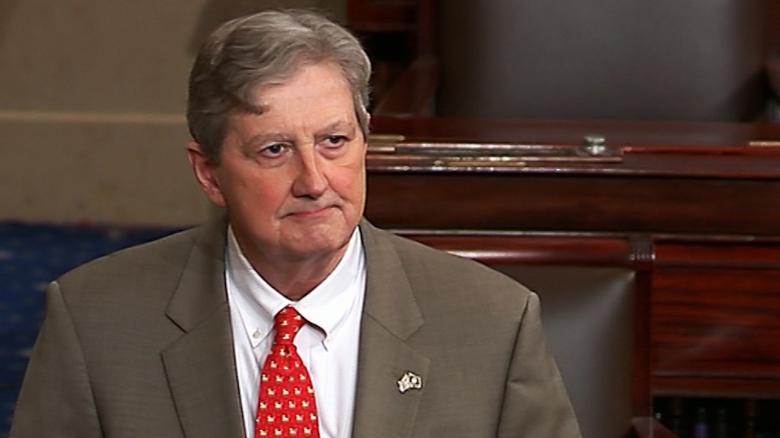 “This election in Ga will be the most important in history, you have nothing to worry about unless you are a tax payer, parent, gun owner, cop, person of faith, or an unborn baby!”

Democrats are the “well intended arugula and tofu crowd.”

“You can only be young once, but you can always be immature.”

“Americans are thinking, there are some good members of Congress but we canâ€™t figure out what they are good for. Others are thinking, how did these morons make it through the birth canal.”

“Always Follow your heart… but take your brains with you”

“It must suck to be that dumb.”

“When the Portland mayor’s IQ gets to 75, he oughta sell.”

“I keep trying to see Nancy Pelosi and Chuck Schumer’s point of view, but I can’t seem to get my head that far up my ass.”

“Go sell your crazy somewhere else… we are all stocked up here.”

“She has a Billy goat brain and a mockingbird mouth!”

Sen. John Kennedy (R., La.) said that he trusted Middle Eastern countries “as much as gas station sushi, with the exception being Israel.”

“You can get a goat to climb a tree, but you’d be better off hiring a squirrel.”

“This has been going on since Moby Dick was a minnow.”

“Don’t stand between a dog and a fire hydrant.”

“Our country was founded by geniuses, but it’s being run by idiots.”

“It appears that he might do the right thing, but only when supervised and cornered like a rat.”

“This is why aliens won’t talk to us.”

“Democrats are running around like they found a hair in their biscuit.”

“What planet did you parachute in from?”

“Just because you CAN sing doesnâ€™t mean you should”Â

Senator John Kennedy on Nancy Pelosi, “She can strut sitting down!”

He has more screws loose than a 1942Â  Studebaker”.

Biden is fodder for humor because he’s full of crap.

Mccaulife is a sharlatan and a Clinton lap dog He has no shame.