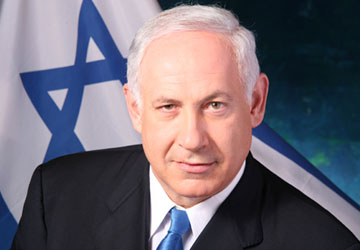 Prime Minister of Israel Benjamin Netanyahu will address Congress on March 3 but many democrats have decided they will not attend using the excuse that the speech is too close to the Knesset elections on March 17. Senator Tim Kaine has announced that he will not attend the speech.  [read_more]

According to thehill.com’s whip count, Senator Warner is still “on the fence” about attending the speech.

If neither Virginia senators attended this important speech, they do not represent ALL of Virginia. Virginia natives, as a rule, are not rude and disrespectful. No matter the reason, both of the senators should have been there.

This is just one more data point in the Democrat party’s creeping anti-Semitism. Click through the link in the article below to the piece about Obama’s attendance at the party for Rashid Khalidi — a Palestinian-American historian known for his strong pro-Palestinian opinions — who is currently the Edward Said Professor of Modern Arab Studies at Columbia and director of that university’s Middle East Institute.

How can it be Anti-Semitic when his biggest critics in the Dem party are Jewish?

mezurak — It’s a complex issue, but Jews can be anti-Semitic. Most Liberal and Leftist Jews share the general Left’s rejection of tradition and democracy. These are the same ones who believe the capitalist, American Republic must be “transformed” into something radically different in order to achieve social justice, that the ends justifies the means in order to bring about change. Think Saul Alinsky.

Those Jews do not see their identity coming out of a JEWISH heritage, or an American heritage — this is why you’ll find them often mocking those heritages. Instead, they seek a new identity for themselves which is on the side of social progress and justice — call it “Citizen of the World,” as Obama identified himself. Like Ezra Klein, they think the Constitution is “old” and inapplicable to modern problems, so let’s kind of ignore it. They view tradition in the same way — they think it’s old and based on old social structures and now we’re in a new age, so tradition doesn’t matter so much anymore. And Judaism is based on traditions thousands of years old.

It goes beyond place of birth or religion they were born into. I’m a Southerner and I know other Southerners who loathe Southerners, for a variety of reasons. They themselves are Southerners, but they no longer think of themselves that way. They think they have evolved into something better. It’s a similar phenomenon.

But more to this post, anyone who rides with the Democrat Party is potentially riding with anti-Semitism, because that party is very much influenced by the Left’s attitudes — ask Joe Lieberman — and the Left sees the Palestinian cause as an anti-colonial cause and Israel as an illegitimate state, set up by evil colonial powers. It’s amazing that Obama has maneuvered the Democrat Party into this position. It would have never happened when Scoop Jackson, Sam Nunn, William Fulbright and Daniel Patrick Moynihan were around. But things have changed

Once you hate a country, it’s easier to hate the ethnic group with whom you identify it. The Democrats are edging that way. And lots of Jews in that party no more consider their hatred of other Jews as any more wrong than my Southerner friends’ hatred of Southerners.

Kaine has his eyes set on something other than reelection.

Ridiculous. Virginia, home to 27 military bases, and 43 major defense contractors, has a lot of skin in this game. For Senator Tim Kaine to shirk an important foreign affairs speech and attribute it to thinly disguised petty presidential petulance is a shameful dereliction of duty to the constituents of Virginia and clearly indicates that Kaine is not serious about his oath or responsibility to Virginia, and not worthy of reelection.

Could it be that we need Senators that attend world leader speeches and ones that don’t compensate Orbital for blowing up our launch site to the tune of 20 million dollars,