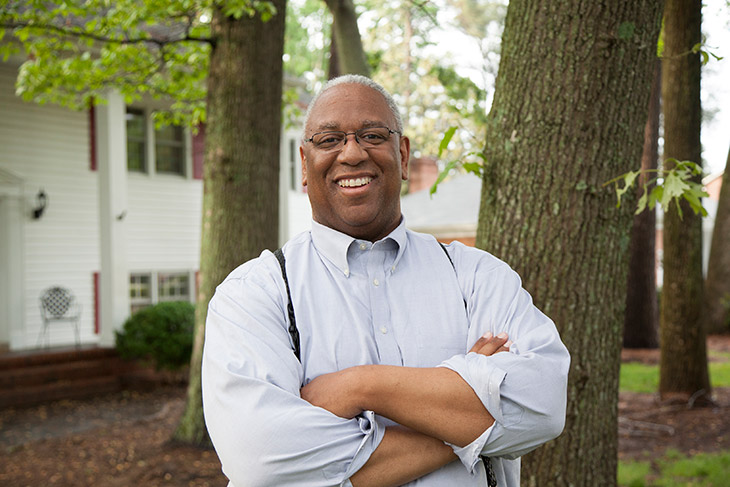 In a year when politicians are asking for the trust of Virginians, old scandals are dug up and displayed before the voters. Jane Dittmar, a candidate for the 5th Congressional District, was discovered to have been convicted of a DUI after crashing her car with an unsecured minor inside in 1999. The Trump “hot-mic” tape is all anyone has talked about in October.

Likewise, Democrat State Senator A. Donald McEachin, running for Congress in the Virginia 4th, endured the discovery of his name, IP Address and Email appearing in the infamous Ashley Madison hack in August of 2015.

McEachin’s name appears once in the database, with personal information, including the address of his law office; the last four digits of the credit card used; the IP address of the computer, which traces it to Richmond; and the email address linked to the account, [email protected]. The records show one transaction of $268.99 made on Dec. 27, 2010. McEachin, 53, who is married, has served in the state Senate since 2008. Richmond Times Dispatch

Initially, Senator McEachin denied having anything to do with Ashley Madison, later revising his official statement to read, “At this time, this is a personal issue between my family and me. I will have no further statement on this issue.” WTVR

Ashley Madison boasts nearly 50 million users and invites users to “find your moment”. In one advertisement, Ashley Madison purports to market itself as a service for “Married Dating and Discrete Encounters”. In order to counter its now infamous reputation as a cheating website, Avid Media (the Ashley Madison parent company) is now marketing itself to women.

Ashley Madison has also completely changed its brand messaging, something made immediately evident by the three TV ads it launched earlier this year. Such was the drive to make people forget about the hacking scandal, it premiered one of the female-focused ads on prime time American TV. Marketing Week

Ashley Madison isn’t the only one trying to make a comeback in 2016. Can Senator McEachin comeback from his Ashley Madison scandal to represent Virginia’s 4th District in Congress? We’ll find out in November.

…Can Senator McEachin comeback from his Ashley Madison scandal to represent Virginia’s 4th District in Congress?

I’ll take this one.

Yes, and quite easily.

Why do the over educated go out of their way to complicate things? They could get the same bang for less bucks by simply hanging around happy hour joints, tailgate parties, reading craigslist ads or maybe even attending Wednesday night services. Then again if they were as smart as they think they are, they wouldn’t be sneaking out of the house.

Who’s name was on top at Ashley Madison, Tommy Norment or Donald McEachin?

Didn’t Norment get re-elected last year? I couldn’t resist, it’s all crooked. Kind of a weak dirt throw there dude. You didn’t learn much from that hatchet job done on you on that other blog a few days ago. Wonder who financed it?