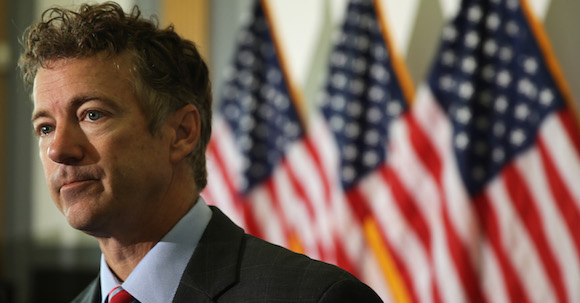 Senator Rand Paul Makes it Eight on the Virginia Ballot

The Republican Party of Virginia (RPV) is pleased to announce that Senator Rand Paul of Kentucky is the eighth Republican candidate to submit signatures for “pre-check” review by the RPV and for submission to the State Board of Elections.

RPV reviewed the signatures on the petitions submitted and the Paul Campaign passed the pre-check process with significantly more signatures than required to meet the 5,000 statewide and 200 per Congressional District requirements of Virginia law.

“Senator Paul and his campaign have worked the grassroots process of attaining this signatures very hard and join the growing numbers of Republican candidates who have qualified for the 2016 ballot,” said RPV Chairman John Whitbeck. “The Commonwealth of Virginia has a rigorous process to attain our ballot and Senator Paul and the other candidates, both already approved and those coming thorough in the coming days, show how important Virginia is to the GOP.”