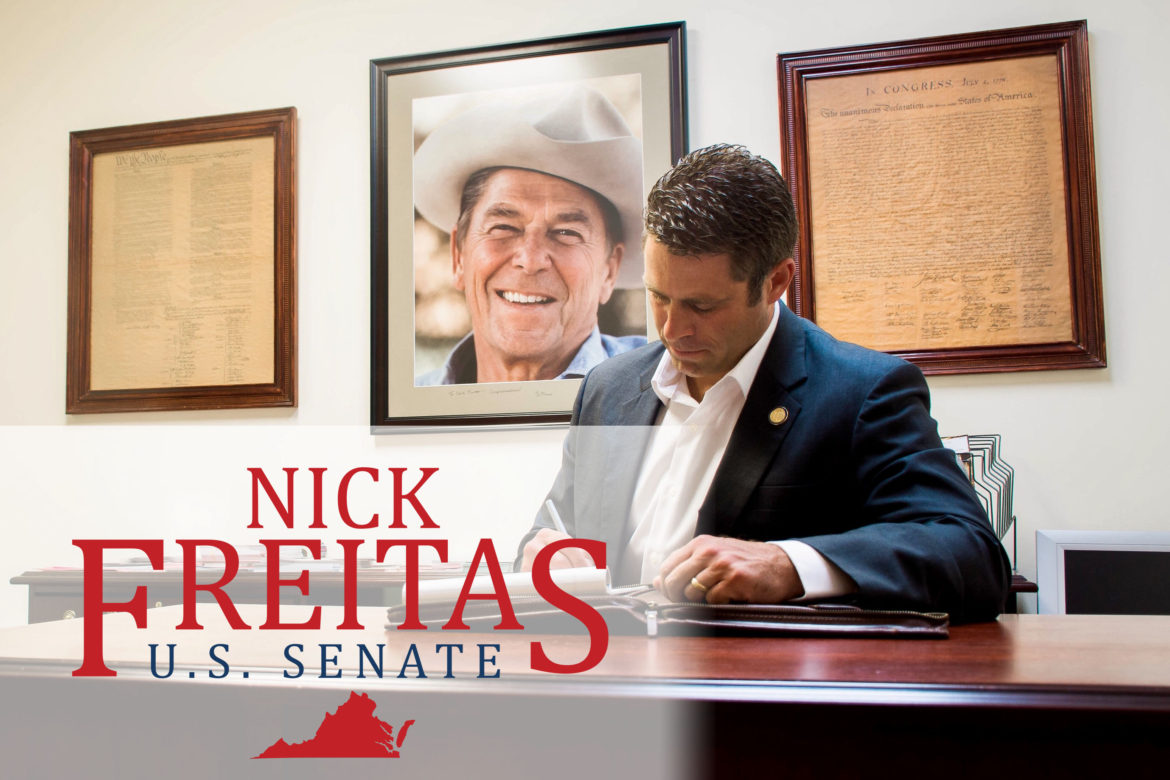 Senator Rand Paul to rally in Loudoun for Nick Freitas

Senator Rand Paul is coming to Loudoun County on Saturday, June 9th, in support of Senate candidate Nick Freitas. The rally will be held from 1:00 to 3:00 at Beacon Hill Manor,  41166 Canter Lane in Paeonian Springs, just outside of Leesburg.

Nick Freitas is the real deal and I urge liberty conservatives and those who believe in the constitution and limited government to rally to his cause and campaign. Through his involvement in politics and as delegate, Nick has stood firm to principles while showing he is willing to work hard and fight for what he believes in.”

Saturday’s rally is free but you must have tickets. Sign up here. 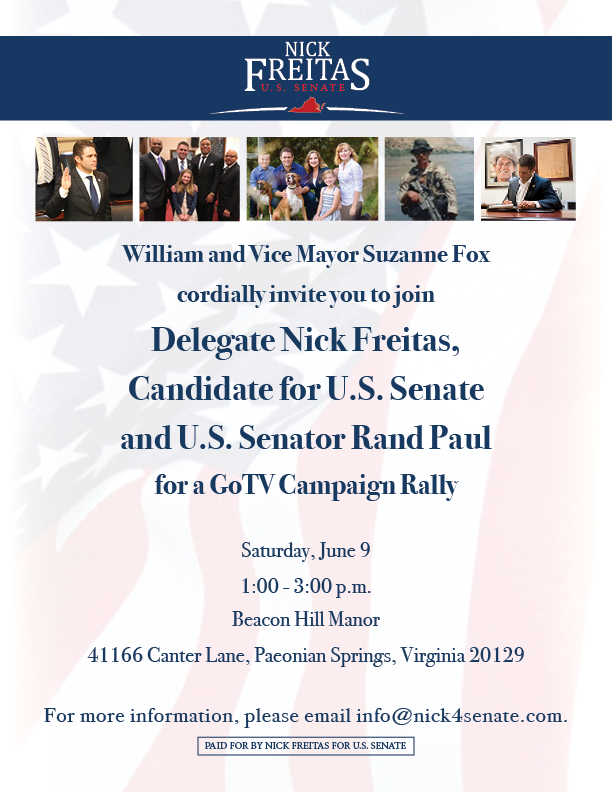 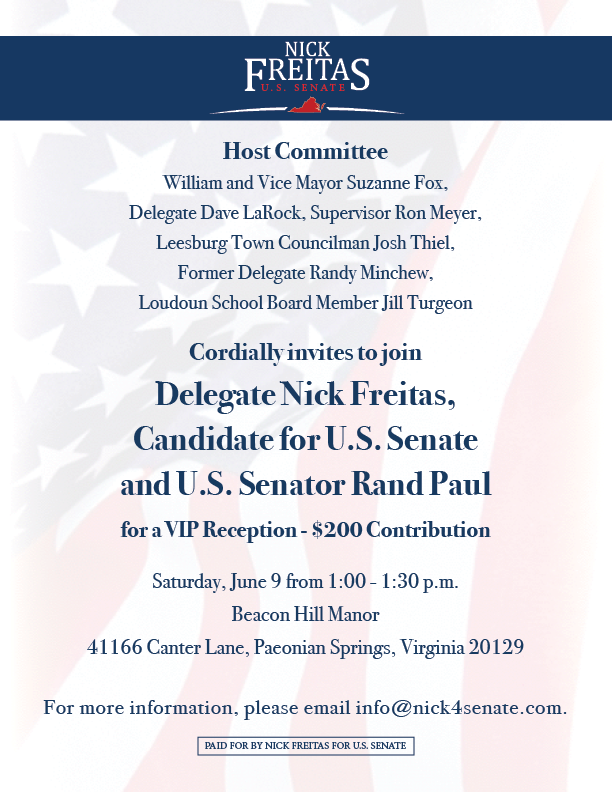