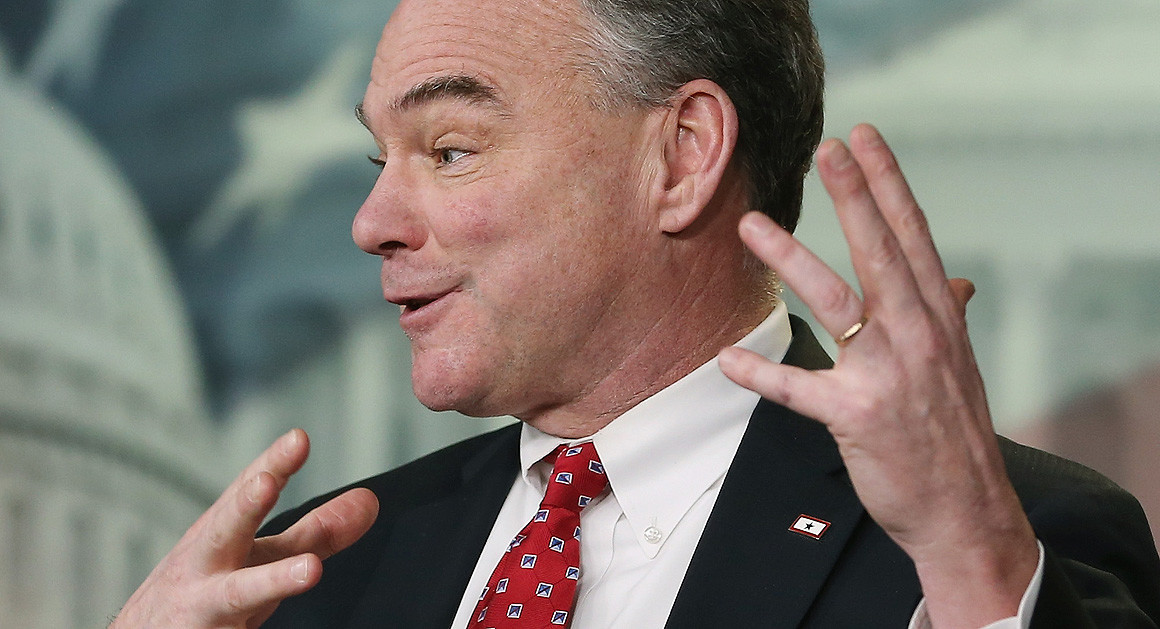 Politico.com reports that Virginia’s own, Senator Tim Kaine, “towers over” other candidates in Clinton’s choice for her VP.  Kaine has the advantage of speaking Spanish, being a former missionary, and most importantly he is from a swing state.  Clinton needs to carry Virginia if she’s going to win the Presidency.

“Tim Kaine was a finalist eight years ago because of his executive experience, solidity, values, standing in a critical state and overall profile as someone who would be a good governing partner to Obama,” said former Obama senior strategist David Axelrod, who was involved in the selection process eight years ago. “He was very much in contention and highly regarded.”

Democrats are at an advantage with their convention being the week after the Republican’s convention.  They will know the Republican ticket before they have to announce their ticket.

Clinton allies said that the campaign has been keen on Kaine for months. But like Obama, who also focused on Joe Biden from the beginning but went through the due diligence of looking closely at different models, Clinton is still vetting a host of candidates.

So vetting other candidates is just pretend, Clinton has already chosen Kaine.  He has campaigned diligently in the primaries for Hillary and with Hillary. She’s well aware of what kind of partner he will make in her continued campaign for President.

Last week Kaine winked at a reporter when asked if he would be Clinton’s choice.  Isn’t he the cheeky one?

I don’t understand the choice.

She was already going to win Virginia and Kaine has almost no name recognition outside of the state.

Kaine is white, so they won’t get to do any pandering or identity politics. And he looks like a sleazy used car salesman.

Can she take Warner too?

This was the guy who literally gave away the Dulles Toll Road. Even Gerry Connolly thought that was a bum deal…..oh, and he closed the restrooms on the interstates!

True, but somehow the idiots in this state elected him anyway.

Imagine being known as “the next Biden” ?

I thought his views on abortion made him less likely to be chosen. Perhaps he agreed to change his views for the

I will have to see it to believe it. Outside of Virginia? Tim Who?

Besides, the Dems mite lose the Senate seat to Gilespie, or whoever. I know, about that governor thingy,,,,,,,,

Yes, the Governor will appoint himself to fill a Senate vacancy.

I just don’t see it, Jeanine. No disrespect intended. Tim Who?

What about Bernie Sanders?

He’s in the running for VP? I have not seen that anywhere. Do democrats really want a President who is 69 and VP who is 74? Can we say “the old white party”

That doesn’t say Sanders wants to be Vice President nor does it say Clinton is considering him for VP.

She is such a poor candidate, she will have to take Bernie to win.