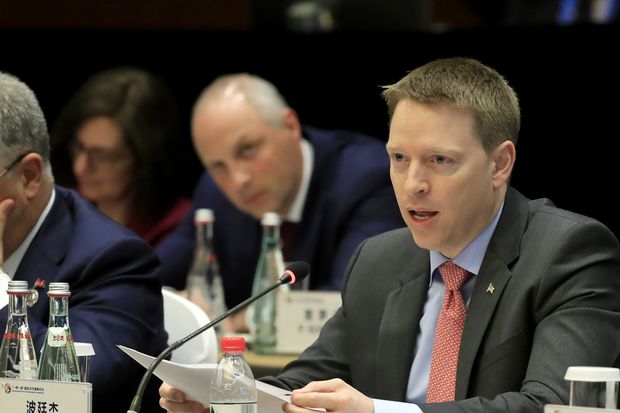 Send a Republican to Communist China!

If the Biden administration wants to show some form of “unity” with our party after last year’s contentious election one of the easiest things to do would be to nominate a Republican to serve as ambassador to the People’s Republic of China.  Senate confirmation would be almost certain. The hard part would be finding a Republican willing to sit in the hot seat (literally and figuratively!).

Beijing can be a miserable place to live due to its oppressive summer heat. It rivals the perennial oppression of the Chinese Communist Party against its own people.  Republicans have previously served our nation as senior US representatives to communist China. The most recent example is Jon Huntsman, former Republican governor of Utah, who was nominated by the Obama administration, unanimously confirmed by the US Senate, and survived three years in the Middle Kingdom.

Finding a Republican fluent in Mandarin and savvy about things China would not be easy. Former Deputy National Security Advisor Matt Pottinger, performed admirably during the Trump administration and would be an ideal candidate if he hadn’t recently been declared persona non grata, by the Chinese government.

A long shot for the job would be former Virginia Attorney General Ken Cuccinelli. Ken has a reputation that would not endear him to either Senate Democrats or Communist Chinese leaders. His interest in the job is questionable but the intensity with which he would represent our interests is not. He has yet to publicly divulge his dream sheet for public life after departing the Department of Homeland Security. Serving as America’s senior diplomat to Communist China isn’t likely to be at the top of the list but the former AG could serve our nation well if the Democrats would let him.

Currently, the Biden team is focusing on its mid-level cabinet picks and firing off Executive Orders to undermine, disrupt, or reverse the goodness of the Trump years. Early rumors of Hollywood executive Bob Iger being considered for the post of Ambassador to the PRC don’t appear to have gained traction so the possibility of a Republican being nominated remains. Whether it would be a China Hand like Matt Pottinger, an outsider like Ken Cuccinelli, or an unknown Bull Elephant, sending a Republican to Beijing is one of many measures the new administration can take to demonstrate some semblance of being true to its goal of reuniting the nation.  We can only hope….

Jeff Bolander is a retired Marine with a Master of Arts in East Asian Studies from the University of Virginia. He and his family are blessed to live in the Shenandoah Valley.