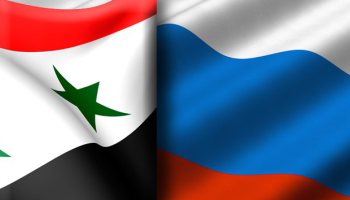 One of the things I have learned through the years is that nations can play the role of the hypocrite as well as any individual can, and that countries with the upper hand often impose conditions on their neighbors and adversaries which they would never tolerate themselves if situations were reversed.

For example, most of us are aware of the harsh conditions imposed on Germany by the victorious WW I Allies through the Treaty of Versailles.  And yet, just a few years earlier Germany, after having knocked Russia out of the war, imposed incredibly harsh provisions through the Treaty of Bresk-Litovsk, which forced Bolshevik Russia to cede the Baltic States to Germany, and recognized the independence of Ukraine.  Thus, when Germans later complained that the Treaty of Versailles of 1919 was too harsh on them, the Allies responded that it was more benign than Brest-Litovsk.  And indeed it was.

During the Cold War, we Americans would bristle at the thought of a hostile foreign power interfering in our own domestic affairs, or the affairs of our allies or neutral, non-aligned nations.  But we believed we had carte blanche to toppledemocratically elected governments in Iran and Guatemala – without the slightest thought of how the folks there would react to the puppet regimes we installed.

Sadly today, there are still too many Americans – to include some of our GOP presidential candidates – who fail to consider that other countries have national interests too, along with vital allies which they choose to stand by and support. Such is the case with Russia and Syria, who have been tightly aligned for decades.  One could say that Russia is to Syria as the USA is to Israel, so imagine the furor from Washington if the Russians were to declare a no-fly zone over Israel for whatever reason. And yet, there are Republican politicians who nonetheless are calling for a no-fly zone over Syria, and interfering with Russia’s attempts to support its most vital ally in the region.

I also suspect that these same politicians would have a conniption if the Chinese communists were to set up a light house 1000 miles west of Acapulco in the Pacific, as “an intrusion into our backyard.”  And yet, to a Marco Rubio or Carly Fiorina (both of whom I otherwise like) it is totally swell for America to encircle Russia with NATO airbases and missiles.  While I am not one to downplay Russia’s imperialistic nature in the past two centuries, I know that to understand Russia well one must consider the tremendous suffering of the Russian people at the hands of foreign invaders going back nearly a millennium – Mongols, Swedes, Teutonic Knights, Ottoman Turks, Polish nobles, Napoleon’s Grand Army, the Kaiser, and, most recently, Hitler’s murderous hordes, which killed 1 in 6 Ukrainians and 1 in 10 Russians during WW 2. Compare those figures with 1 in 280 Americans having been killed in World War II and you will understand the magnitude of Russian suffering.  Thus, given this history of invasion, Russia has have every right to view our attempts to woo Ukraine into the NATO sphere and our meddling in Syria with fear and suspicion.

We need to come to the realization that we are a power in decline, wracked by excessive debt, continued deficit spending, and an out of control entitlement system.  Our military has been overused and overextended for well over a decade. Its necessary reconstitution and refurbishing will never occur if our leaders rush to deploy forces into every crisis du jour in the Middle East. Fortunately, an increasing number of Americans now understand and accept this reality.  As a party, we Republicans will be the better for it if our candidates can do likewise.

Well said Mark. Like with immigration, the Neocons and Establishment GOPe dopes want to drop off troops in the Mid East or bomb bomb bomb. Like their support for unfettered immigration which by design and practice imports millions from second or third world countries to use US welfare programs, endless military campaigns are likewise going to bankrupt what is left of the US treasury. When the boys at Bearing Drift or the Neocons tell me about how they are small government, I can retort yes… you want to spend trillions on wars and on immigration and this is going to shrink the size of government how?