Latest Posts
Early voting by locality
Big Win for Virginia Voters!
Never Let a Crisis Go to Waste
How Then Should We Live?
Ambush Journalism is Setting the Left up for...
Loudoun County Schools Threaten the Future of Minority...
Election integrity in Virginia Update #4 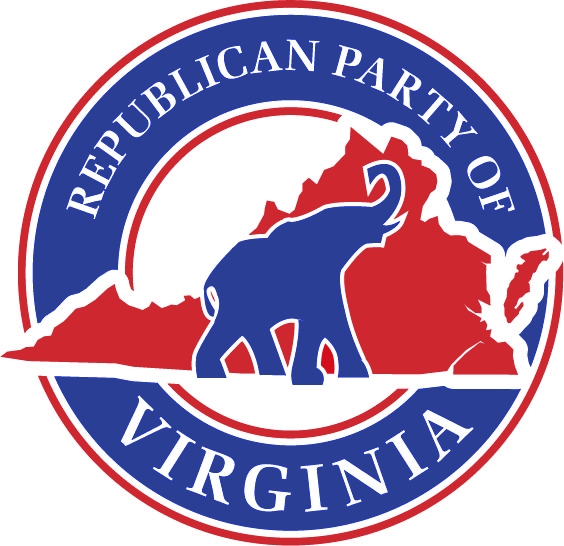 The flood of misinformation continues, so even though the votes are settled, it’s worth clarifying a few things.[read_more]

First, I want to again congratulate the folks who prevailed on the nomination method decision Saturday.  We had a great debate, and everyone conducted themselves very well.  Though my side on this issue lost, I know I speak for everyone when I say that we will now turn our energies toward GOP victories this year and next, where there is a lot that unites us as a Party (e.g., it’s awesome to see pro-primary and pro-convention folks getting behind some of the same candidates).

I bear no one any ill-will, nor do I want to re-argue the main question, but I do want to set the record straight on a few things.

1.  There was no grand “compromise.”  The motion that passed on Saturday was to have a primary to bind Virginia’s delegates to the 2016 Republican National Convention.  The motion also had some superfluous language by which it “recommend[ed]” adoption of a Convention as the method of nomination for statewide offices in 2017.  The State Central Committee has not decided the 2017 nomination method.  Positioning the anti-Convention vote as some sort of compromise was politically smart, but completely inaccurate.

2.  Military members can attend and vote at conventions.  Convention opponents like to argue for primaries by saying active duty military are prohibited from participating in conventions.  They site DOD Directive 1344.10 as barring military participation.

Problem is, this isn’t true.  It was my mistake for thinking this was more widely known.  Active duty military can’t stand for election to partisan offices (including being elected as a convention delegate), but RPV last year changed its rules so that any active duty military member is made a delegate automatically upon filing, so they can skip the election.  After that, as confirmed by the DOD, military regulations do not prevent active duty military from attending and voting at a convention.

First District GOP Chairman Eric Herr and I worked directly with DOD on securing an updated interpretation of the relevant regulation.  After intervention by Rep. Rob Wittman, DOD agreed to modify their approach:

“[T]he mere act of voting by a military member at such convention or meeting, in lieu of a primary, is equivalent to attendance as a spectator and is permissible…”

The full letter making this interpretation is embedded below.

3.  The RPV is not suing anyone over the Incumbent Protection Act.  My old friend Lynn Mitchell had a good write up of the meeting (from a somewhat different perspective than mine, LOL), but followed yesterday with an erroneous headline: “Here we go again: RPV Resurrects Lawsuit in Emmett Hanger’s 24th Senate District.”  It’s an easy mistake to make,  but there is no resurrection of any lawsuit.  There is an appeal of an earlier decision by the 24th Senate District Republican Committee, which is the plaintiff in that suit.  In that decision, the judge wrote the following:

Because the earlier decision relied on a mistaken interpretation of the RPV rules (a section of which is modified by another section that went unnoticed by the judge), all that the Party did on Saturday was authorize the filing of a friend of the court brief setting forth the Party’s position on the question.  It passed with overwhelming support (vote count wasn’t announced, but it was apparent that it was at least a 2-to-1 vote in favor).  Thus, RPV neither resurrected the lawsuit nor joined in it…it’s just letting the appellate court know what its views are.

4.  “Disenfranchsement” silliness.  Millions of Virginia voters (Democrats and independents included) were shut out from participating in the decision on Saturday, which was made by just 81 Party insiders who had undergone the extreme burden of driving someplace far away, and who were themselves elected at “closed” conventions, which in turn only had several thousand participants.  And the meeting Saturday HAD NO ACTIVE DUTY MILITARY present.  When will the party learn that winning is about inclusion and addition, not exclusion?  Seriously, did no one give any thought to how they were disenfranchising those who were not able to participate?!?

OK, yes, I’m just kidding, and concede the comparison is somewhat unfair.  But seriously, we’re overworking the verb “disenfranchise.”  Matt “Hallmighty” Hall™ even complained how college students would be disenfranchised by a Convention on a Saturday in March because that’s when college midterms happen and students might not want to miss a day of study to be a delegate. (To be clear, I like Matt, and think we agree a whole lot more than we disagree).

Although Hall pushes a serious argument to the point of absurdity, the concern about maximizing participation in the process is, of course, completely legitimate.  The two sides of the question simply have an honest disagreement about which kind of maximized participation is best for the GOP.

But let’s please get past the “disenfranchisement” nonsense, and the idea that an internal Party process is somehow illegitimate if it doesn’t include every Republican.  The same Conventions that elect delegates to the National Convention are the same Conventions that elect members of the State Central Committee.  They are representative bodies formed by processes open to all Republicans in every corner of the state.  That representative character would have been enhanced (not diminished) if that same process had also been used to bind our delegates.