Latest Posts
Miserable RPV fundraising means it needs a new...
Delegate Kirk Cox ‘seriously’ considering a run for...
Updated–Montgomery County harms children by closing private schools
Who is Behind NAH, LLC?
Time for laughs! Weekly Memes
Meanwhile, In the Capital of the Confederacy (of...
Delegate LaRock Urges Health Commissioner to Reverse His... 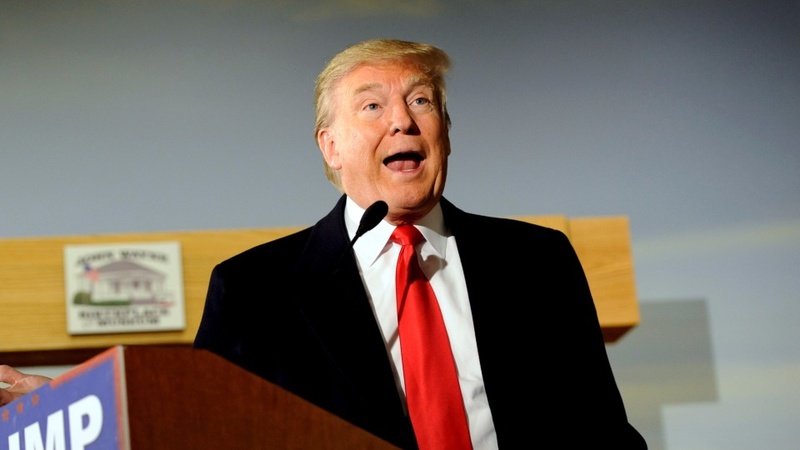 I absolutely must take issue with John Massoud’s Thursday ‘rebuttal’ of SBT’s Wednesday piece. If anything, SBT was cutting Donald Trump a huge amount of slack. Trump is far from a ‘transformational figure’ in politics. He is a symptom of the anger on the right at both the cultural left, and do-nothing establishment Republicans… but he is far from being the solution.

First off, let’s stop with the ridiculous superlatives for Trump, just as the left should stop cursing him as the root of all evil. He is who he has always been, a narcissistic opportunist with an animalistic ability to play on people’s instincts and emotions. Let’s respond to Mr. Massoud’s grades for Donald Trump:

On the Economy: 100% A+ As we have near 100% employment, with more to come, the average American has $2000 per year more in their wallets to spend. Obama Care will soon be relegated to the dungheap of history. I do share SBT’s concern about a trade war – but we are not there yet. And we are far from any trade war. Trump is trying to get other nations to lower their tariffs towards American made goods. One way to get them to do so is to threaten them with higher tariffs. I don’t think that raising tariffs is a winning strategy, but we are light years away from Smoot Hawley – the protectionist tariffs which gave us the Great Depression.

This is not a serious analysis. We are nowhere NEAR 100% employment, even by U3 standards. The number for U6 unemployment is higher (7.6%). Here’s the difference. We’re better off in this respect than we have been since 2000, but this claim is false. Seriously, just stop with this.
Trump wasn’t much help with the tax cut. It got seriously watered down by K Street during the legislative process, and Trump did little with his bully pulpit, other than demand Congress pass something, anything, so that he could sign it and claim a win. Congress did this, not the President.
How in the world is the ‘Affordable’ Care Act anywhere close to being gone? Perhaps you haven’t noticed, but Trump failed to lead at all on repeal, then embraced a weak, watered-down repeal bill, even threatening conservatives who were holding out for real repeal. Then when a terrible, joke of a repeal bill was passing the House, he called it “mean”. The truth is that Donald Trump loves the federal welfare state, and won’t expend any serious effort on rolling it back in any meaningful sense. Here is where perhaps the biggest opportunity cost of nominating Trump is. There were 5 or 6 candidates for the nomination who would have led, and had a plan in place to pass the previous repeal bill in six weeks. Not Donald Trump.
Lastly, yes, there is a trade war happening. Both China and the European Union have retaliated. You can debate whether these are necessary steps, but it’s happening. We imposed tariffs, and our trading partners have responded. Also, apparently, he LOVES an internet tax!

On Immigration: 99% A+ We are moving in the right direction. Border security has been an ongoing issue since the late 70’s. For the 1st time in decades fewer and fewer illegals are coming over our borders. Congress deserves an F here – but that is not Trump’s fault.

You cannot both try and give the President credit for the tax cut, and then try and absolve him of blame for the lack of action on immigration. In both cases, it’s mostly on Congress, for good or for ill. As to the facts on the ground, CBP data doesn’t lie. There were over 563,000 apprehensions and entry denials at the southwestern sector of the border in fiscal year 2017. Thus far in fiscal year 2018, there have been over 415,000. That puts us on track for about 554,000 illegals for the year, roughly the same as last year. Also, between 2014 and 2015, there was a sharp drop (569,000 to 445,000) in apprehensions of illegals. So no, this isn’t the first time in decades that there’s been a decrease. In any case, there are many factors involved that carry greater weight here than whatever administration is running the executive branch.

On Foreign Policy: 100% A+ Trump helped end the Korean War, which had been technically been ongoing since 1953. Trump has defeated ISIS without putting boots on the ground. Yes our NATO allies are a bit upset, but that’s because their socialized medicine will no longer be subsidized by American taxpayers. And if Angela Merkel is offended by this – all we can say is: Good!

First, there has been NO agreement with the Norkers yet. None. Zero. They destroyed a nuclear test site they couldn’t use any more anyhow, and Trump unilaterally stopped military exercises with the Republic of Korea, upsetting our ally, showering Kim with praise all the while. The Korean war is ended? Seriously, where is this coming from?
ISIS, while having been dealt a sharp check, isn’t defeated, and Trump certainly didn’t do this alone. ISIS has lost the bulk of its territory, but it still controls oil fields and revenue streams, still has means of finance and communication, inspires attacks around the world against Western interests, both coordinated and uncoordinated. So it’s not over.
As far as NATO goes, our allies are upset because Donald Trump has recklessly talked about disregarding Article 5 guarantees if they’re attacked. Our allies lived up to their end in 2001. So must we. It is also dishonest to suggest we subsidize the medical services of NATO partners, or their defense budgets for that matter. It also bears mentioning that Trump signed on to bring Montenegro into NATO, a nation that has a force about the level of myself and my friends gathering for a trip to the range. And NO, it’s not a good idea to anger our longstanding NATO allies, given the deep security and intelligence agreements we benefit from with them. Utter foolishness.

On the Debt: 90% B+ I was horrified that Trump signed that omnibus bill earlier this year, but the fault lies with Congress. Sometimes we need to make deals – even if that deal makes one want to hack. I share SBT’s horror that a Republican government is having potential 1 trillion annual deficits. But that is Congress to blame 90% and Trump 10%.

Once again, one cannot absolve the President of blame here. He could have vetoed the omnibus with ease. There was no veto-proof majority behind it. Given his love of the federal welfare state, and commitment to a federal ‘infrastructure’ boondoogle, it’s obvious that Trump doesn’t care about addressing the national debt and attendant annual deficits.

On protecting the Constitution: 97% Low A+ He’s done a good job getting rid of Obama style regulations and has told Congress multiple times that it’s their job to bring him legislation and he will sign what they bring to him. Something Obama would not do. Obama used his phone and pen. Trump wants the legislative process to work. That there gives Trump an A+ alone.

ARE YOU KIDDING ME??? No. Utterly ridiculous. I will say Trump has done good job of eliminating a lot of federal regulations. Sadly, he’s offset that by creating a lot of other bureaucratic nonsense, like the “Office of Trade and Manufacturing Policy” and the “Commission on Combating Drug Addiction & the Opioid Crisis”… and now he doesn’t even understand that he can’t just unilaterally ‘create’ a Space Force. He also has no grasp of why the justice system and the federal judiciary need to maintain independence. He wanted to actually undo the best thing he’s done so far, the nomination of Justice Neil Gorsuch to the Supreme Court because he felt Gorsuch was insufficiently “loyal” after expressing dismay in interviews with Senators about some of Trump’s more nauseating comments. He asked James Comey and others for loyalty to him personally, not the republic, and not the Constitution. He thinks he’s running a new Trump Organization! That is not how things work.  He’s directed the Treasury Department to ‘judiciously’ abide by Dodd-Frank – a terrible piece of law, but the law nevertheless – meaning skate by without abiding by it where possible. He also failed to notify Congress of the Syria strikes. This demonstrates little respect for the rule of law.

We need to be better as conservatives. As a movement. Unswerving support of any figure, be it Donald Trump, Barack Obama, Bill Clinton, George W. Bush, Paul Ryan, or whomever, is unhealthy. Adherence to principles, not men. The preservation of the republic demands no less.

Who is Behind NAH, LLC?

Meanwhile, In the Capital of the Confederacy...