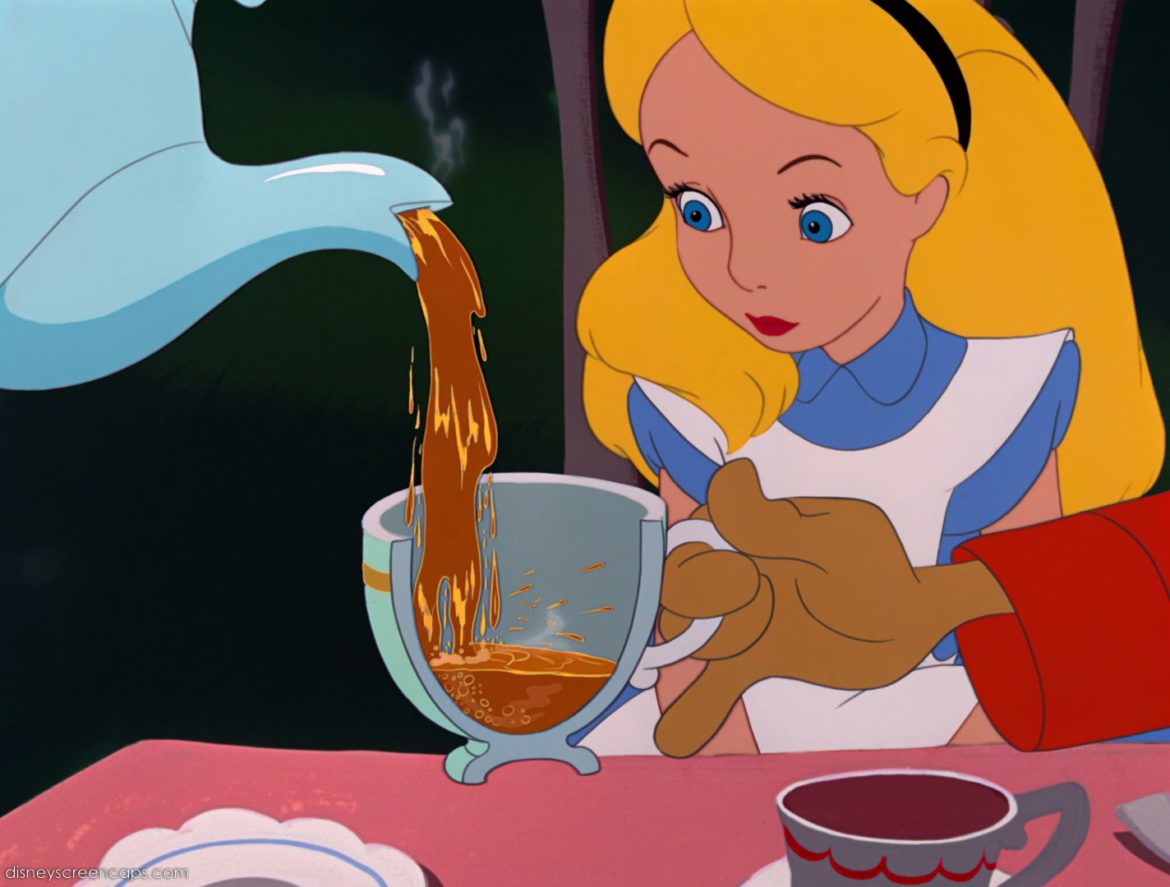 Celebrated humorist Will Rogers claimed he needed no writers for new material. “I just read the papers,” he liked to say. Here’s a recent excerpt from a local newspaper that he would have loved. It’s the gist, but not an exact quote, from a well-known advice column:

‘My landlord is a nudist. When friends drop by at night, they sometimes see him outside in the nude. My boyfriend is grossed out and doesn’t like me living here. My landlord is a really nice man. What should I do?’

The columnist answered that the lady should tell her friends to call ahead when they plan to visit; then approach the landlord and ask him not to be outside, a la buff, at the time when her friends will be stopping by.

Isn’t that nice? So tolerant, so modern, so completely hip – positively oozing with live-and-let-live bonhomie. Hey – different strokes for different folks. Nothing as crass and unfeeling as: ‘Holy cow, Honey! Call the cops! Listen to your boyfriend, and get the heck out of there! Can’t you see this guy is just testing the waters? One night you’ll wake up and find him next to your bed (or in it), wearing nothing but a smile. Never mind how ‘nice’ he is. Parading around outside in suburbia, au natural, ain’t normal. It’s deviant!’

In most communities (possibly excepting San Francisco), public nudity is still called “indecent exposure” and is a crime – perhaps not as serious as some crimes, but still a crime. You can’t run around in the nude where others might see you (unless it’s in one of those bizarre meat-markets called a “nudist camp”). But as a society we are so far gone that even people who are highly paid to write “advice” columns can’t see a problem when it smacks them in the chops.

Maybe it’s my age, but I’m beginning to sound like grandpa, who tended to start many observations with, “In my day…” Well, I’m sorry, but I have to say that in my day people like this young woman’s landlord were arrested and put where they posed no danger to others. If and when they were released, they were told to keep their clothes on in public. If they just couldn’t help themselves, we put them away for a long time – often in mental institutions. Yes, it was a less tolerant time, but it was a good deal safer.

Finally, though – and this is really encouraging – we are taking steps to get things back under control. Schools, especially, have gotten tough – adopting zero-tolerance regulations for crimes like sexual harassment. In Waco, Texas, a 4-year-old boy was punished with an in-school suspension when a female aide accused him of “sexual harassment.” By her report, the boy put his face in her chest when he hugged her as he got on the bus. (The swine! By the lord Harry, this has to be stopped!) Under parental pressure, school officials eventually removed the sexual references, but refused to expunge the “inappropriate physical contact” notation from the boy’s permanent record. (Thank god, a dangerous predator has been identified and branded for life.)

Data from Maryland show that twenty-eight kindergartners were suspended during the 2005-’06 school year for sex offenses. Fifteen suspensions were for sexual harassment. A kindergarten boy in Hagerstown was accused of harassment for pinching a classmate’s bottom. The charge will remain on his record until he enters middle school. The state standards are clear: the charge stands, whether or not a child is old enough to understand the implications of his (or her) actions. (More recent data weren’t available – not hard to see why they stopped publishing.)

We can all sleep safer in our beds because schools are on top of this. Certainly, I am impressed and relieved. (As my pop used to say, you don’t know whether to laugh or cry: it’s not funny enough to laugh at, but we’re too big to cry.)

On other fronts, however, the news is less encouraging – or perhaps more encouraging, depending upon one’s proclivities. I read that in Washington, DC, no public school teaching licenses were suspended for sexual misconduct from 2001 through 2005. Unfortunately, this news was not really as good as it appears, since numerous sexual incidents did occur in DCPS. But officials evidently didn’t consider the incidents serious enough to de-certify any teachers.

One case involved Brandon C. Jones, a former gym teacher at Backus Middle School, who was accused of having a sexual relationship with a fourteen-year-old female student. Found to have arranged an encounter with the student at a Maryland hotel, Jones entered an “Alton Plea.” This acknowledged that prosecutors had enough evidence to convict him, but he admitted no guilt. Officials didn’t revoke Jones’s license however, since his certification was not current when the violation occurred. This meant his name was not entered in the nationwide database of teachers whose certification has been revoked. Figuring out how to revoke a certification that was not actually in force was evidently beyond DCPS officials. (Besides, the student was probably enjoying herself, so where was the harm?)

Investigations revealed that problems in the DC system were more widespread than the Jones-case. Officials could show only four license-revocations over the previous five years – none of them for sexual violations – despite knowledge that such incidents had certainly occurred. “We don’t do a whole lot of revoking here,” said the director of the credentials office.

New crimes involving sexual molestation and even murder of children surface nearly every day across the country. Hardly a week passes without some new missing-child case or discovery of the pathetic remains of some young person. The cases are so commonplace that we don’t notice them anymore. We click the channel away from video clips showing recovery of some child’s body from a shallow grave in a forest – or accounts of how dental records have identified a body as the child of grieving parents somewhere.

There seems to be a national epidemic of sexual predation and child-murder, but we don’t want to know about it. When a teen-aged boy was rescued from a captor who had held him for several years, there was no mention of sexual molestation, although that almost certainly was the motive for the abduction. Such details are delicately left unreported, as though our sensibilities must be protected from sexual crimes. (Your sensitive modern media at work.)

What can we draw from all this? Clearly, that we have lost our bearings on what is and isn’t a crime. When I was a boy, one of my male classmates ran about the playground one day, kissing as many girls as he could catch. (One imagines that it was the last time he managed this in his whole life.) The teacher scolded him in front of the whole class. Girls giggled, and he slunk back to his seat – red-faced, but with a certain notoriety. (Some of us envied – but never emulated – his outrageous panache.) The police were not called, and no further action was taken or needed. He did not grow up to be a sexual predator, so far as I ever heard.

Even when we know who the latent criminals are, we can’t keep track of them. Ernie Allen (President of the National Center for Missing and Exploited Children) writes, “There are 400,000 registered sex offenders in the United States, and an estimated 80,000 to 100,000 of them are missing. They’re registered, but we don’t know where they’re living.” There are too many other statistics and facts to relate here.

Now we think we have to let men and boys shower with the girls because they sometimes “feel female.” We have 15,000 transgender soldiers in our military branches, and the president has just kicked over the hive by announcing that they will be discharged and no more will be accepted. It’s the Mad Hatter’s reality tea party. (Half a cup, please!)

As a society, we embrace change. It’s the American Way. But some changes aren’t improvements. We were better off when we locked sexual deviants up and kept them from inflicting their predations on our children. We’ve lost our way. Somehow we need to get a grip, but the signs and portents are not encouraging.

The toppling of the American society? I do believe….we’ll fall because of our decadence and folly just like the Romans. I wouldn’t send my school age child to any public school in this country….it is the start of all this insanity. Jail the deviants….call them by what they are. Why do we cater to .005% of the population? Political correctness?? That’s bullcrap and everyone knows it.

We have got to get rid of the nonsense that teachers or college faculty should be in law enforcement. The police know what they are doing. Teachers should teach not play amateur cop