What Happens if Shak Hill Wins the Nomination?

Over the last week or two it has become apparent to me that Shak Hill may win the nomination on Saturday in Roanoke.  I had assumed that Ed Gillespie would win the nomination, and win easily.  I now believe Shak could win and that’s a scary thought for a number of reasons.

First, Shak can’t beat Mark Warner.  Shak hasn’t raised money and he won’t raise money.  He’s a complete unknown.  Why would anyone invest in him against Mark Warner?  Money will not suddenly ‘pour in from across the country’ as some Hill supporters have suggested.  If that were going to happen, it would already have happened.  In the Mississippi primary between Tea Party candidate Chris McDaniel and incumbent Thad Cochran, McDaniel was able to raise $500,000 in his first ten weeks.  He has received money from national groups, including Club for Growth and Freedom Works.   Shak has raised almost no money, $30,000. No national groups are financing Shak and they won’t because he’s a complete unknown taking on an incumbent.  People know it’s very unlikely he will win so they will invest their money in other races where there’s a chance for a republican to win. Betting on Hill will be seen as a waste of money.

The goal of republicans across the country is to take back the Senate.  Shak will be of no help in reaching that goal.   Ed Gillespie has raised over $3 million and is well on his way to raising over $20 million, money we need to get our message out to the voters if we are to have any hope of winning the seat.  Gillespie was Chairman of the party with a proven record as a fundraiser.  He is known nationally, in every state.  He knows what he’s doing and will bring in money from across the country.  No national organization is going to waste money on an unknown in Virginia. 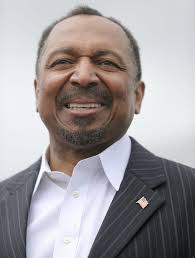 Unvetted Prior to Nomination

There are other problems with Shak Hill.  He has not been vetted.  We know precious little about him. Ed Gillespie is a candidate who has been completely vetted, in Virginia, and nationally.  We have no idea what we will learn about Shak after a nomination.  Can we afford to nominate an unknown again?  Did we learn nothing from E.W. Jackson’s campaign and everything that came out about him after his nomination? How well does anyone know Shak Hill?  Who knows what’s in his background?  Who knows what he has said and done in the past?  Who knows what he will do in the future?

I have listened to Ed Gillespie over the last few months and I can find nothing about him that isn’t conservative.  Perhaps when Bush was in office he appeared to be a moderate but I’m not seeing it now.  Perhaps he, like me, has evolved, and become more conservative.  Many of us have.  Or maybe he has always been as conservative as he is now and any reputation he had as a moderate was not deserved but was guilt by association because he was in office during the Bush years.  I might point out those were also years when Republicans won.  We controlled it all, House, Senate, and the Presidency.  Most of us want to see that happen again.  Ed Gillespie knows how to make that happen.  He’s proven he can make it happen.

I’m finding it difficult to find a reason to vote FOR Shak but plenty of reasons to vote AGAINST him.  If Saturday’s convention nominates Shak Hill it will be our last convention, the last time the grassroots will have a say in who the party nominates.  One of our grassroots party leaders referred to a Hill win as “disastrous for conservatives in Virginia.”   Another Tea Party leader said “we’ll be the laughing stock of the nation, and worse, we’ll lose big.”   Another grassroots leader said “if Shak wins, we lose any control we had in the Republican party.”   I agree with them, and that’s what scares me.   If we thought last year’s riff in the party between moderates and conservatives was bad, we ain’t seen nothin’ yet.  It’s going to get so much worse if we nominate another losing candidate. The cries for a primary will be deafening.   It will be impossible to argue against primaries when a convention fails once again to produce a winner, or even a candidate who can come close to winning.  If we nominate Shak Hill, Mark Warner will enjoy a victory with 65% of the vote.  How can we continue to argue that conventions produce viable candidates?  We can’t.   Conservatives will lose any control we have in the party, any say in who we nominate for any office.  The pro-primary people and all their money will decide our candidate nominations in the future.  Is that what we want?  An end to conventions?  An end to any grassroots control?  An end to YOUR say in who represents you?

If Shak Hill wins on Saturday, we will have turned our party over to the establishment Republicans because the grassroots will have demonstrated again that we are incapable of choosing a viable candidate at a convention.  Failing  again means we’re through, no more conventions for republicans in Virginia. We will have handed the establishment the keys to the car because we, the grassroots, can’t be trusted to drive the party in Virginia.  We will have shown again to be incapable of nominating a viable candidate.

Be careful who you choose on Saturday, there will be many consequences for our future as a party, and the grassroots in Virginia, consequences that go far beyond losing the Senate race in November.