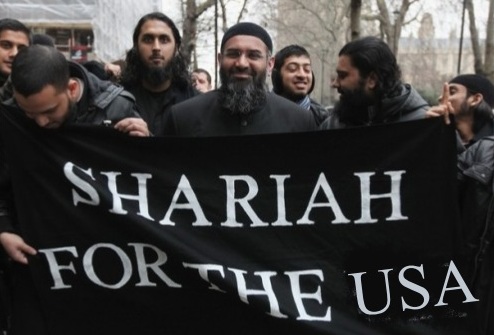 Sharia – Death by a Thousand Cuts

Over the past month GOP presidential candidate Dr. Ben Carson has been in a kerfuffle with the liberal news media (and a few conservatives!) because he stated that he wouldn’t support a Muslim becoming President. Of course, the context of the statement was missing. He had specified that he believed sharia law was inconsistent with the U.S. Constitution.

Not only did Dr. Carson refuse to “walk back” these comments, but he actually expanded them in a very useful way for the public debate. He explained on Fox News that he “would not support a Christian who wanted to institute a theocracy, [nor would I] support a Muslim who submitted to sharia law before the Constitution.”

Why would this even be a controversial position?

After all, these are the same left wing media outlets that have been warning for years that scheming Christians were trying to establish a “Christian theocracy” because they oppose abortions or same sex marriage. Are they implying they’d be okay with an Islamic theocracy, of which we have plenty of current examples around the world?

The controversy demonstrates, again, how little understood Islam and sharia law are, and why there is such a conflation in the public’s mind that Christians and Muslims worship the same God (they most certainly do not), or why sharia law is as innocent as Jews or Roman Catholics submitting to civil arbitration within their religious bodies (it isn’t).

Drawn from the Qur’an and the recorded practices and teachings of Muhammad, and those recorded by his family and other’s not found in the Qur’an, sharia regulates, in its full application, the whole social life under Islam, as well as its economic and political behavior. (The word, Islam, derives from “aslama”, or “total submission”).

Often enforced through religious police or Islamic courts who sanction clerical oversight, sharia law also determines who adjudicates what offense, and what penalties will be meted out for various transgressions, without impartial recourse. Punishments such as stoning or beheading for adultery, tossing homosexuals from tall buildings, chopping a hand off for theft, honor killings of female family members, are all specifically prescribed – although not uniformly adhered to depending on the country – from the Qur’an.

A popular implication in both the media and by Islamic apologists is that the use of these draconian punishments is somehow out of the mainstream of Islam is simply purposeful misdirection. While these punishments may be the exception, they are not at all unusual, as countless You Tube videos and virtually weekly articles document.

Through its own activities, sharia law confirms the horrifying reality that Islam all too often practices what it actually preaches. Unknown thousands of murdered Christians across Africa and the Middle East testify to that plain truth.

Which is why the U.S. Constitution and the Bill of Rights are irreconcilable with sharia law and why then can never peacefully coexist with each other. Sharia is authoritarian in both form and practice and cannot be amended or modified by faithful Muslims.

By its own terms it must supplant any other construct of human behavior. The plain reading of the Qur’an and sharia law in practice is completely at odds with the Western concept of the individual human freedom as expressed through free speech, freedom of assembly, and freedom of dissent. It rejects religious pluralism and when in the majority, demands the subjugation of other faiths through taxation, exile or death. It is not compatible with the concept of civil society and assigns essentially chattel status to women.

While there are thankfully many Muslims who don’t practice or believe that sharia should be the “law” under which they live, a frightening minority certainly do, as demonstrated in a 2013 worldwide Pew poll. Unfortunately, in Islam, it is the minority and its willingness to use deadly violence that determines the trajectory of the faith. There is no way to avoid that fact.

In the U.S. there have been various polls that reflect even here, bathed in religious freedom, a sizable minority of the Muslim’s share this view that sharia law would be preferable to the Constitution.

America, following in the footsteps of Europe, has seemingly made the decision not to defend itself or its constitutional or cultural heritage from being subverted and undermined by Islam – while there is no question that there are radical Islamists who chose to do just that.

Two of the best organized, well-funded and connected Islamic organizations in the U.S. are the Muslim Brotherhood, a pan-national Islamist group who has significant influence in the Federal Government already, and the Council on American Islamic Relations (CAIR), an extremely aggressive advocacy group (originally an offspring by the Muslim Brotherhood) that was named by the Department of Justice as an unindicted coconspirator in the 2008 Holy Lands Foundation trial, that ended with the conviction of the foundation and some of its officials for financing terrorism.

The Muslim Brotherhood’s role is best described in the words of their own creed: “Islam is the Solution”, and “Allah is our objective; the Qur’an is the Constitution; the Prophet is our leader; jihad is our way; death for the sake of Allah is our wish.”

While CAIR attempts to be seen as a purely civil rights advocacy group, in fact, they clearly share the same vision of subverting the American constitutional system from within.

In 2013, at a rally in Austin, Texas, Mustafa Carroll, executive director of CAIR for the Dallas-Fort Worth office, told a Muslim crowd, “If we are practicing Muslims, we are above the law of the land. CAIR is working hard to make Sharia law legal in the United States.” This statement comports with other statements made throughout the years by leaders affiliated with the Muslim Brotherhood-CAIR alliance operating in the U.S., that look forward to the day when sharia is the law of the land.

(According to California writer and reporter Lisa Gardiner, in 1998 Omar Ahmad, one of CAIR’s founders explained to a Muslim audience; “Islam isn’t in America to be equal to any other faiths, but to become dominant. The Qur’an, the Muslim book of scripture, should be the highest authority in America, and Islam the only accepted religion on Earth.” Ahmad vehemently denies that he made the statement, for which there is no audio, while Gardiner continues to insist the quote is accurate, and the paper in which it was originally published has refused to retract the story).

Dr. Carson had it exactly right.

Which brings us to a larger issue. In a nation where over 75% of the population identity as Christian, and where evangelical Christianity is alive and well with an identifying population of approximately 60 million people, how can the mainstream media and herds of commentators spend a month speaking out on the self-evident common sense of Ben Carson’s comments, and yet totally ignore the ongoing slaughter of Christians at the hands of the Islamic State and its offshoots?

Entire Christian sects who have lived across Northern Africa and the Middle East for two thousand years are being driven out of their homes. And the silence of the drama oriented Western media is deafening. Sadly, even the larger church in the U.S. seems tongue-tied – unable or unwilling to defend Christian brothers and sisters, yet quite able to encourage the migration of millions of people whose identity and motives are unclear, at best.

[…] Uncontrolled Muslim immigration, many of whom have not been properly examined prior to entry in the U.S., and a large portion of whom immediately go on public assistance, present a major security and economic challenge to actual American citizens, regardless of religion. It is self-evident.  And the polling that Mr. Trump referenced, along with substantial other polling, demonstrate that a minority of Muslims in the U.S. believe in violence as an instrument of jihad, and that there is a surprising support for sharia law. […]

[…] The very clear words of Mohammad as captured in the Qur’an and the compelling authoritarianism of sharia law drives the violence of a sizable minority of Muslims. And the willingness to employ violence always […]

Despite the obvious conflicts between Sharia law and Western law/order, Sharia law is trying to get a foothold in the UK and France. It was reported back in July that Seattle is considering “Sharia compliant” mortgages. It always starts small….
http://www.foxnews.com/politics/2015/07/23/local-and-commuity-leaders-across-us-weigh-benefits-sharia-financing-for/

Liberals will defend Islam with their last breath, but do their best to destroy fundamental Christianity in the US daily… Got news for liberals.. they had better watch their bottoms when Islam is dominant in the US…

Assimilate, accept OUR culture, or be gone.

Sharia and western jurisprudence are totally incompatible. Their Sharia ways are not our ways, and cannot coexist.

True, but let’s not forget that most Muslims in America assimilate quite nicely. Mike was correct to stress that it is a determined minority of Muslims who are radicalized in a way that threatens the West.

At first, part of the settlement strategy — this is a super-complex issue requiring much background and study — it is seriously different.

CAIR has been mollycoddled by my church. The REAL St. Francis, like Jesus, spoke the Truth and refused to walk it back, the way it seems to be happening now. He warned the Suleiman that he would go to hell if he did not convert. . .and did not take it back.

It’s taken 14 years to fail to get done what should have only taken 14 months to achieve.