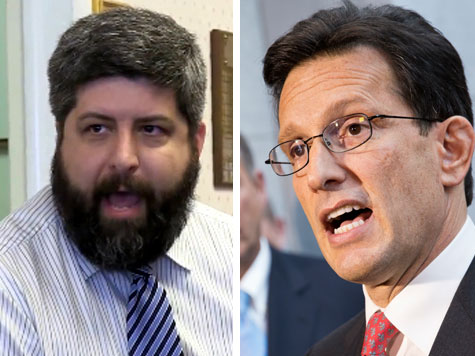 A very reliable source tells TBE that Shaun Kenney will be returning to his former position as Executive Director (ED) of the Republican Party of Virginia. Chairman Jack Wilson has hired Shaun to replace current ED John Findlay who is moving on to other opportunities. After leaving RPV in financial ruins, Kenney left the position of Executive Director in 2015 under former Chairman John Whitbeck.

Shaun Kenney was a long time editor of the blog Bearing Drift before being paid to start his own blog, The Republican Standard, a blog designed to support our Republican candidates.

Kenney is known to support open borders although he has deleted many of his posts supporting illegal immigration from Bearing Drift and his own blog, ShaunKenney.com. Kenney refers to those of us in the party who oppose illegal immigration as ‘nativists’.

There is ample evidence that Kenney is a “Never Trumper” and he refused to endorse Corey Stewart as our candidate for Senate in 2018. Kenney was a big supporter of former Congressman Eric Cantor, opposing Congressman David Brat every step of the way, even after Brat became our nominee for Congress and eventually our Congressman, who Kenney referred to as “Virginia’s most useless Congressman”. Kenney often quoted The Washington Post and Politico in their opposition to Dave Brat. More on Cantor and Kenney here.

Is Shaun Kenney a Republican? Your guess is as good as mine, but we know he certainly is not a conservative. I would be hard pressed to think of a worse choice for Executive Director of RPV than Shaun Kenney. Is Chairman Jack Wilson trying to destroy what precious little support he still has in the party?