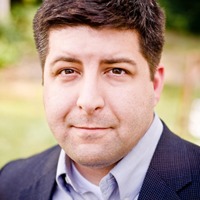 Shaun Kenney will be leaving RPV at the end of the month to explore other job opportunities. Shaun has been in the positionÂ of Executive Director of the PartyÂ since April.[read_more] Knowing the financial problems the party has faced, Shaun has been working for less pay than he what he could be earning elsewhere. He can’t make a sacrifice like that forever with a wife and 7 children to support. Shaun has excellent managerial skills and as someone close to RPV operations said “he made the trains run on time”, he made the organization work as it should, something sorely needed at headquarters. Â We thank him for the sacrifices he has made for our party and wish him well inÂ hisÂ new ventures.

The Washington Post has covered Shaun’s departure from RPV and our party’s financial woes.Â The good news for Republican Party of Virginia is our new leader, Chairman John Whitbeck. Â In just a few weeks, he has begun to turn things around in our party. He is raising funds and bringing together the different factions of the party. Â We are so fortunate to have John at the helm. John is the best person we could have during this difficult and challenging time in our party. He is righting the ship and bringing everyone on board. He has successfully begun fundraising for the party and will host Governor Rick Perry for a fundraiser in Richmond on February 24th.Â

Shaun Kenney Steps Down as Executive Director of Republican Party of Virginia was last modified: February 16th, 2015 by Jeanine Martin

It is very good that he has stepped down.
There was truly some ” very poor leadership ” within the last Republican Administration and I believe that this poor leadership has infected the entire RPV.

I’ll say this about Shaun, he was responsive!!! You called him, he called back. Could not say that about his predecessor.

Everyone go to Bearing Drift, grab some popcorn and watch Shaun’s buddies attacking John Whitbeck. I think this means that Shaun was fired and is now throwing a tantrum lol. This is too good. Shaun Kenney is at best a c-list wannabe who got put into a job 20 levels above his capability. why is anyone surprised he crapped the bed? http://bearingdrift.com/2015/02/16/rpv-net-worth-plummets-under-whitbeck/

Shaun was an amazing ED of the Party. I am very concerned as to who RPV can get now because of lack of Funding. I hope its someone who is above the interparty Bull (well, Im gonna be PC and say crap) and can actually let us win.

Why not give him a pay raise to stay?

Read the Post article. The Party can’t afford to pay him more.

My understanding is that both parties are not doing well fundraising?

People do not seem to understand that this sets up a legislative environment for even more “vending machine” legislation. Hence, the consumer becomes a “financier” for bills like SB 1349. Introduced by Republican’s. (screw the middle-class) Nothing but a legislated increase in what we pay for electricity. Another Republican job killer bill.

Can’t wait till November. Then I will laugh in the voting booth!

Hey get with the program will you! This is the obligatory he was a great guy, best luck in the future sendoff blog among the RPV backscratchers NOT the give the guy a well deserved raise plea. One question though is there anyone in the Virginia Republican Party that Steve Albertson doesn’t consider a “conservative”?

Pay raise? A number of staff members at RPV received phone calls on Saturday telling them that they were laid off – main reason? Lack of funds.

Shaun was the worst person who ever could have been chosen to be ED. This is a person who has used his blog to knife half the Republicans in the state. Remember in 2013 when he thought it was so cute to feign outrage and repost on Bearing Drift an anonymous email, likely one he authored, alleging a female candidate for LG had had an abortion when she was in college? Yea, pure class.

of course it happened jason/shaun kenney, or whoever this is. read Shaun’s updates. What a scumbag.

Without taking anything away from other executive directors we’ve had in recent years, I firmly believe Shaun was the most competent and well-prepared leader of the organization that we’ve seen in a long time. And folks who know me know that I’ve been saying that for most of the time he’s served as ED. I wasn’t sure about the selection at first, but he quickly impressed me and continued to do so throughout his tenure. He will be missed, though one part of the conservative universe’s loss is another part’s gain, as I am sure Shaun will land on his feet to continue to serve the movement well.

It’s a shame that the folks over at BD couldn’t be as gracious as you were Jeanine.

I agree but it’s just not in their nature for many of them so you just move on.