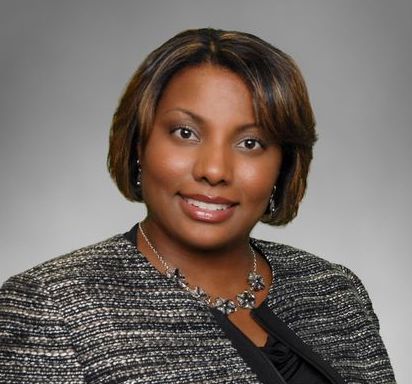 In 2008, then Matteson School District 159 Finance Director was terminated from her job.Â  She was also rehired, and then terminated from the same job in 2016.Â  Interestingly enough, Ms. Brown wasÂ  again hired to the same job â€“ and according to School Board Minutes of July 2020, she was again recommended for dismissal.Â  Her final dismissal hearing was to have been on September 23, 2020.Â Â

Given that this District is in Illinois, this should not be of much interest to us in Virginia.  However it seems that the Shenandoah County Public School Superintendent, Mark Johnston, hired her to be the SCPS Finance Director earlier this year.  She was earning $135,061 in 2019 as Finance Director of School District 159 in 2019.

Donâ€™t believe me â€“ here it is on the SCPS website.

When this first came to my attention, it was too incredulous to be true.  So I emailed the Superintendent the following:

My name is John Massoud, and I am a resident of Strasburg.Â  While I have no children in the public school system, as a taxpayer I am curious about the recent hiring of a Ms. Demetria Brown to be your finance director.Â  At the very least, she is listed on the SCPS website as Finance Director.Â  It has come to my attention that Ms. Brown has been terminated on multiple occasions from her job as Finance Director of Chicago/Cook County Elementary School District 159.Â  I am writing to ask if you’re aware of this about her resume, or is the SCPS website out of date?

I hope to hear back from you – as the concept of a Finance Director who has been fired on at least 3 separate occasions by Cook County/Chicago is rather strange.Â  Here is the article in case you weren’t aware.Â Â

I can be reached at 703 869 7945 if you have any questions or concerns.Â  If the website needs to be updated to show that Ms. Brown does not work for SCPS, then if the webmaster can please take care of that, it would take care of alot of issues for us.Â Â

To which I received the following reply:

Thank you for reaching out. Yes, Ms. Brown is our Director of Finance. Though not an all inclusive list, when we hire, we follow a set of strict protocols, from the screening of application to thorough vetting and background checks. We followed those for this position. Thank you again, I ail. (sic)copy Linda Hodges, our HR Director, in the event you have further questions.Â

The SCPS hired someone to run our Finance Department, who was fired in 2008 for â€œnumerous instances of insubordination and deficiencies in performanceâ€ (seems she took time off from work and lied about it), and then once elected to the Matteson School Board, sued the School District for wrongful termination.  In 2015, after being reappointed to her previous position as Finance Director, she got in trouble with another School Superintendent for disobeying orders and was put on probation.  In a memo from then Superintendent Barbara Mason, Brown was told:  â€œover the past several months it has become apparent to me that you are unable to take direction from me as Superintendent of Schoolsâ€.  Brown then sued the Matteson School District in 2016, and that suit was dismissed.

It should be said for the record, that the Shenandoah County School Board recently voted by a 5-1 margin to rename Stonewall Jackson High School, at a cost of $500,000. Money that the Board does not have thanks to declining revenues because of the COVID-19 virus.  Board Member Martin Helsley was the only vote to keep the schoolâ€™s name.

This is a shameful action by the SCPS, and the Superintendent needs to explain why Ms. Brown was hired, given that almost anyone else would have been a better hire.Â Â