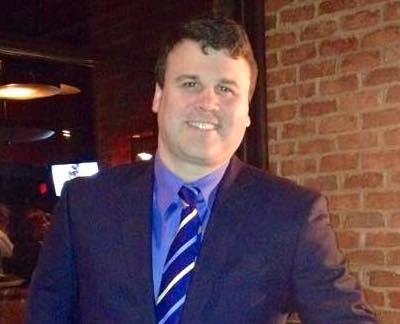 From our long-time contributor David Shephard:

Ordinarily, when one election cycle ends, we wait for a certain period of time before we start focusing on the next campaign.

Well, time is up!

I want to let you, my fellow bloggers and the people that have been kind enough to check my page from time to time over the last 10 years or so, to know that I will be a candidate for the House of Delegates in 2019.

I know it will be difficult and I know I couldn’t do this without the support of my wonderful wife. And support from my friends and fellow conservatives. I may be a long shot, but by nature I am an optimist.

As a homeowner, taxpayer, native Virginian and resident of Prince William County (13th Legislative district), I am concerned about the direction of my state. I don’t want to see my state become a high tax high, high regulatory blue state. Simply a bigger and prettier version of Maryland.

I conscientiously believe Virginia is the greatest state in the union. I have always believed that. Virginia has been blessed. She has beautiful beaches, beautiful mountains, a great history, great people.

What other state has produced geniuses and leaders on par with the likes of Jefferson, Washington, Mason and Madison?

But sound state government policy is a large part of our success. And unsound policy from Richmond could irreparably damage our state.

The keys to our governing success? Historically, Virginia has been a low tax, business friendly state. A state that has been tough on crime, for law order, and policies that fosters personal responsibility. And Virginia has had a reputation as a fiscally conservative state. I still remember as a kid hearing the expression “pay as you go.”

Sadly, all these sound principals are being undermined. The fact is we can’t expand welfare and every government program, expand Medicaid, pump 150 million dollars into the Washington Metro, and expect to remain a low tax state. At some point Virginians will have to pay New York or California tax rates.

Virginia politics and policy has been a significant part of my life. I have written about Virginia policy on this blog since 2009.

My interest in politics began years ago.

When I was a student at George Mason University, I was told that to graduate I had to do an internship. Being inside the beltway I could have had my pick of good internships.

I could have done an internship on Capitol Hill, working for a solid conservative Republican, or I could have gone to work for a number of conservative organizations, but I went in a different direction – literally!

I went 90 miles south to Richmond to intern for Delegate Dave Albo. I much prefer Capitol Square to Capitol Hill.

n Richmond I saw, by the example of Dave Albo, how valuable a good legislator can be for the people of his District. I learned how important state government can be. Powerful enough to make Virginia a little better or a lot worse.

I believe I can make a positive difference for the people of the 13th legislative district, and I look forward to discussing my positive agenda.

I will keep you informed on the date of my kickoff. It will probably take place early next year.

More to come my friends.