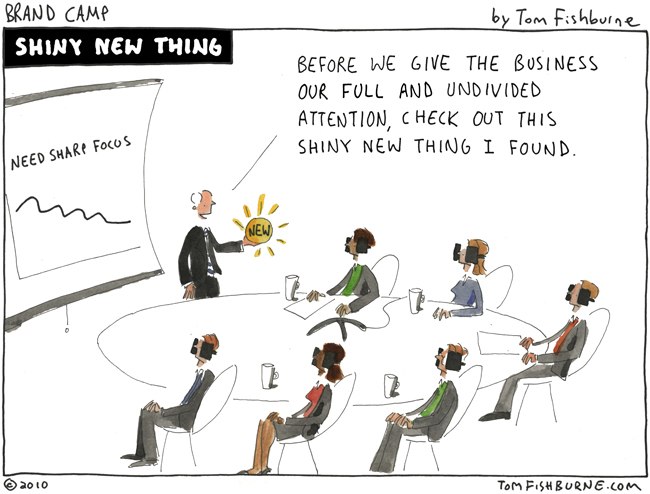 My buddy Al (of Alâ€™s Coffee Shop) was rattling cups and saucers, and muttering as I stopped in last week for my regular jumbo dose of his triple-caffeine, volcanic mocha-java.

â€œWhatâ€™s going on, Al?â€ I asked. â€œDonâ€™t tell me theyâ€™ve cut off your Columbian coffee-supplies again.â€

Al scowled as he put my cuppa-joe on the counter in front of me. â€œNo, not this time,â€ he said, as he tried, with limited success, to assume his customary â€œfriendly undertakerâ€ mien.

â€œThis time theyâ€™ve really done it,â€ said Al, pushing a newspaper over to me. I scanned it briefly, but saw nothing very alarming.

â€œWhatâ€™s is it, Al?â€ I asked. â€œAre the sports-guys calling the former Redskins the Commies? Or the Composts? I thought the new name should have been â€˜Skinsâ€™ in odd-numbered years, and â€˜Shirtsâ€™ in even-numbered years. (Heh! Heh! Just a little sports-humor â€“ very little.)â€

â€œNo, wisenheimer!â€ said Al, indicating an above-the-fold item in the paper. â€œItâ€™s the federally-funded crack-pipes. Theyâ€™re already calling it the â€˜Hunter Biden Reclamation Program.â€™ Some wet-behind-the-ears twenty-somethings in Joeâ€™s inner-circle have floated the brilliant idea of supplying clean, â€˜hygienicâ€™ pipes for crack-smokers â€“ all in the interest of good health and well-being, of course.â€

Al was practically shouting now: â€œItâ€™s the dumbest idea Iâ€™ve ever seen, and Iâ€™ve seen some in the last twenty years! Iâ€™m paying taxes so crack-addicts can have clean pipes to smoke their poison?!! Weâ€™re being governed by idiots! How can we get rid of rid of these fools and return to sanity? Even conservative TV news-channels are covering this rubbish, wall-to-wall!â€

I tried to calm Al down before he smashed the crockery in his shop. â€œTake it easy, Alâ€ I said. â€œDonâ€™t you see that this is just another episode in the Shiny Object strategy? The Biden-gang uses it whenever they want to distract us from something else that theyâ€™re doing. They toss out a â€˜shiny objectâ€™ that they know the media will chase after. Liberal politicians will comment approvingly on the â€˜wise, compassionate intentionsâ€™ it represents. And conservatives will deplore it as â€˜idiotic and destructiveâ€™ â€“ just like you did. Itâ€™s all predictable and entirely obvious, if you understand the strategy. The only question is: What are they trying to keep us from noticing this time?â€

â€œNo,â€ I answered. â€œNot even Democrats are that dumb. Itâ€™s just a distraction, with short-term and long-term utility. In the short term it keeps media, politicians, and the public distracted for days or weeks â€“ maybe even months. In the longer term, it allows Joe Biden to look wise and statesman-like â€“ as his team has always claimed he is â€“ by booting the crack-pipe plan and assuring us that nothing like that will ever happen under his governance. Heâ€™ll probably even suggest (in his own jocular style) that only Republicans do dumb stuff like that, and remind us how lucky we are that heâ€™s saved us from them.â€

â€œBut what else is going on that Joe and his gang donâ€™t want us to notice?â€ Al asked. â€œItâ€™s got to be something pretty risky and dangerous.â€

I agreed, and suggested that thereâ€™s probably more than one thing. First, thereâ€™s the continuing flood of illegals pouring across our southern border. How much news have we seen or heard about that lately? Certainly not much, since the crack-pipe story broke. In fact, according to the Mainstream Media, the alien-invasion isnâ€™t even happening. Itâ€™s a total cover-up â€“ now made much easier by the â€œshiny objectâ€ of the federally funded crack-pipes. While pols, left and right, are praising or deploring the pipes-plan, 200,000 aliens are still walking in every month, from dozens of countries. And the feds are flying them into small airports all over the country, in the dark of night. (Is this a great country, or what?)

All that is bad enough, but itâ€™s not the most dangerous thing Joe wants to distract us from. That would be what reporters call â€œThe Big W.â€ The word on the street is that Joe is preparing to go to war with the Russkies. He says itâ€™s to protect Ukraine, but itâ€™s really a Hail Mary pass to save his presidency and his party from a complete rout in the November mid-term elections.

In an earlier article (https://thebullelephant.com/playing-the-war-card/ ) I related why other presidents got us into wars, and how that played out in the long run. I also reviewed Joe Bidenâ€™s current situation, and speculated on how his low approval-ratings might prompt him to play the War Card.

Will he actually do it? My crystal ball is busted, so I donâ€™t know. But my reasonable self simply canâ€™t believe Joe would risk a real shooting war against a dangerous, nuclear-armed foe, six thousand miles away, that has 140,000 troops lined up on the border of a nation that has been under Russian control for hundreds of years. The small force we might send would almost certainly be killed or captured if the Russian army decides to roll in. It would be disastrous. Surely Good Old Joe â€“ doddering and out of touch though he might be â€“ would never take such a gamble.

What he might do, though, is make a warlike show, while not planning to actually engage. To make this look credible, he needs to keep anyone from examining his â€œpreparationsâ€ too closely. If Joe can keep nosy reporters from being too nosy, heâ€™ll be able to act all commander-n-chiefy without risking any actual battle losses, which his military advisers have already estimated for him.

This is where the crack-pipes and other Shiny Objects come in. The Biden consiglieres toss them out there to keep the 3 Ps â€“ press, politicians and public â€“ from understanding where Joe wants to take us. And we wonâ€™t need a crystal ball to tell us that we really donâ€™t want to go there.

â€œWoe to those who enact evil statutes, and to those who constantly record unjust decisions.â€ (Isaiah 10:1)

“The small force we might send would almost certainly be killed or captured if the Russian army decides to roll in. It would be disastrous.”

And that is how Biden would get American support. He sacrifices a few thousand lives to work up American ire.

What day do the Olympics end? One or two days after that is over, the Russians move into Ukraine while the chi-coms roll over Taiwan. If China Jo Xi Den objects we lose one or two bases to nukes and he sues for peace.