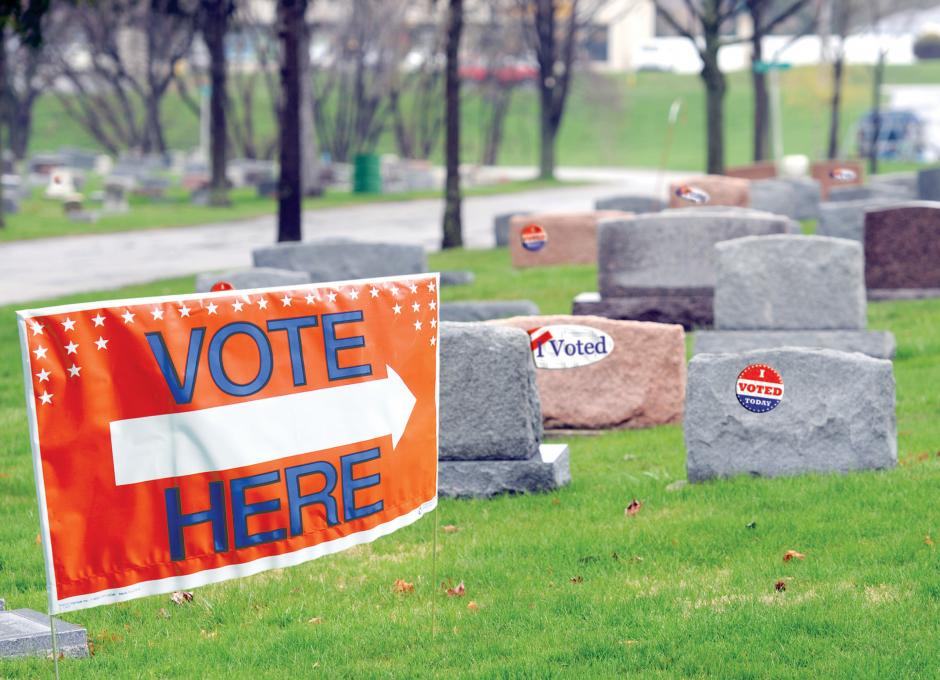 I Am Shocked, SHOCKED, To Hear About Dead People Voting in CA

The local CBS station in Los Angeles reported on an analysis of voting records today which revealed that hundreds of dead people are casting votes year after year in California.Â  In some cases, votes were being cast on behalf of people who had died as much as 26 years earlier.Â  This kind of story matches up with reports from other states like New York in 2013, or New Hampshire in 2012, or North Carolina in 2014.Â  I was born in WV and they have a long history of emptying the graveyards come election day.

This kind of story shouldn’t surprise anyone.Â  Well, anyone except Democrats who keep trying to claim that things like requiring a photo ID to vote is somehow designed to suppress black votes.Â  I guess playing the race card is the best excuse they can come up with to try and keep the illegal vote gravy train moving down the tracks.

The right to vote is one of the most sacred rights we have, and it is pathetic that we allow rampant fraud to be carried out like this.Â  Every time we change voting laws to make it “easier” to vote, we inevitably expand the opportunities for voter fraud to occur.Â  Instead of pushing for voting by mail, orÂ  internet voting, or voting without having an ID, we should be working to insure the integrity of the voting process.

I Am Shocked, SHOCKED, To Hear About Dead People Voting in CA was last modified: May 24th, 2016 by Mick Staton

The linked article says California is the only state in the country not complying with the federal requirements to maintain voter databases. If they can’t do that don’t expect any voter id laws anytime soon.

A little history, if I may.
During the 1993 mayoral race in New York City, Rudolph Giuliani was un characteristically supported by the Liberal Party of NY. The chairman of the Liberal Party was the long entrenched player Ray Harding. Harding was a Giuliani confidante. It had been stated, reported, and/or rumored that when Giuliani asked Harding what it would take to win against the Democrats, Harding said he would have to get 15 percent more of the NYC vote just to break even. Giuliani did better and won the election.
“Nothing is new under the sun.”

Those darn Cruz voters just don’t know when to quit.