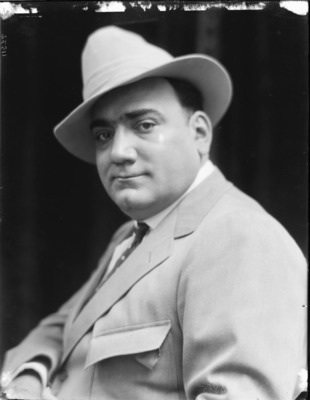 Young people seem awash in musical opportunities these days – with American Idol catapulting unknowns to international fame. But Idol shows how few young Americans actually have the talent and the preparation needed to achieve at high musical levels. Numerous flamboyant (but marginally talented) singers have had big-time aspirations blocked by insufficient talent and inadequate preparation. Boys dream of playing big-league ball, too, but most lack the essential gifts or don’t develop the required skills.

Most grown-up occupations – money-making or not – demand years of development. Academic disciplines require lengthy preparation for high levels of performance. Even brilliant medical school graduates serve several years as “interns,” under the tutelage of experienced doctors, before they can work independently. Writers spend years reading and studying, and more years crafting style, analytical skills, and persuasive powers. Accountants and attorneys earn academic degrees, but must also pass certification exams in the states where they wish to practice.

The same lengthy preparation applies to sports, although there are exceptions. Babe Ruth was a star player at 19, but most players toil for years in the minors before achieving a level of play that gives them a shot at the majors. Many never get that shot, and millions of others come nowhere near a professional level of skill.

Music is just as demanding. Even a great talent can remain obscure for years before discovery. Enrico Caruso was 30 when he finally reached international stardom at New York’s Metropolitan Opera. He had spent years in Italy – sometimes singing two major roles in one day – before arriving at the Met. Luciano Pavarotti was 30 when he finally made it to Rome’s La Scala. Few singers reach his or Caruso’s level. Scotswoman Susan Boyle launched a successful pop-career off a remarkable performance on Britain’s Got Talent, but she was 47 at the time, having spent decades preparing. Music is one of the harshest disciplines in terms of reward vs. time spent.

Is it coincidence that popular American culture has spent decades searching for ways to short-cut the preparation-time – or bypass the special skills – needed to perform at high levels in sport and music? Suburbia’s quest of the last 40 years has been to find a sport that doesn’t require the special skills (or physical attributes) demanded by baseball, football, and basketball – America’s traditional Big Three of sport.

Within my lifetime, soccer has become suburbia’s Great Athletic Hope because it looked (to parents) like no special skills or stature were needed to play it. Middle class parents who never played soccer, and thus misapprehend the difficulty of the skills, love watching their colorfully uniformed children running and kicking. But few will reach higher levels of the game because it is very difficult. There really is no sport requiring minimal talent and skills.

A similar musical quest began during the 1950s. Guitar-strumming performers made many young people imagine that the lengthy preparation needed for a musical career could be bypassed. Instant fame and fortune might be won – maybe even in one’s teens. Naturally, that didn’t happen, as the guitar is a difficult instrument whose mastery requires years of work. Soon, millions of guitars were gathering dust on America’s closet shelves.

Pop music also encouraged young people to believe that a new kind of singing required little preparation and perhaps minimal vocal talent. Only looks and style seemed important. Forgettable “singers” like Fabian – a handsome young man with some thespian talent, but no real voice – reinforced this notion. Kids who never studied a note of music – and wouldn’t know a G-clef from a mezzo-piano – dream of pop-careers. It is a delusion that can never come true.

Ideally, society’s serious institutions should clarify the preparation (and talent) needed for such careers. Instead, we tell impressionable young people, “You can do whatever you want to do.” The sentiment is noble, and it can be true for some people attempting certain tasks. But it can doom young people who lack essential gifts and preparation to lifetimes of frustration. I could never have been a Harlem Globetrotter, no matter how many teachers told me I could be anything I wanted to be. Wisdom is a critical ingredient in these matters. So are talent and preparation.

Some of our institutions now deny young people the opportunities to develop skills that might help them forge artistic futures. Many schools have abandoned meaningful instruction in music – especially singing. As a child I learned to read musical notation in school. Sixth-graders could follow the music in a songbook. We learned classical songs and choral works.

I also learned to sing and read music from hymnals and by participating in church choirs. Singer Amy Grant says she learned to read music by following the hymnal during church singing. So did Elvis Presley and George Beverly Shea. The training I received in church founded my lifelong avocation as a singer. Ditto for thousands of others.

Many children now miss this preparation because their churches have adopted the “praise” worship style – essentially a pop-music format in which worshippers simply sing along, by ear. Great hymns are occasionally included, but churches now focus on a body of new songs, unfamiliar to many worshippers, for which printed music is unavailable. Waggish critics call it “7-11” music – i.e., seven words repeated eleven times (or vice-versa).

Church leaders have bought the claims of megachurch guru Rick Warren, who maintains that young people want only hip, modern music presented by young, attractive “praise teams” which may or may not include real singers. It’s an ecclesiastical version of the Fabian tradition. Printed music is said to be passé because young people supposedly can’t read music. This self-fulfilling claim remains unexamined by church leaders who have discarded musical instruction.

Many of these churches no longer offer choirs for children and young people who might benefit through their entire lives by acquiring musical skills in this way. The artistic futures of a whole generation of children are being shortchanged because there is no shortcut to developing musical skills. This great tragedy – the equivalent of deliberately letting children grow up illiterate – will haunt American culture (or what’s left of it) for decades to come. What a tragedy.