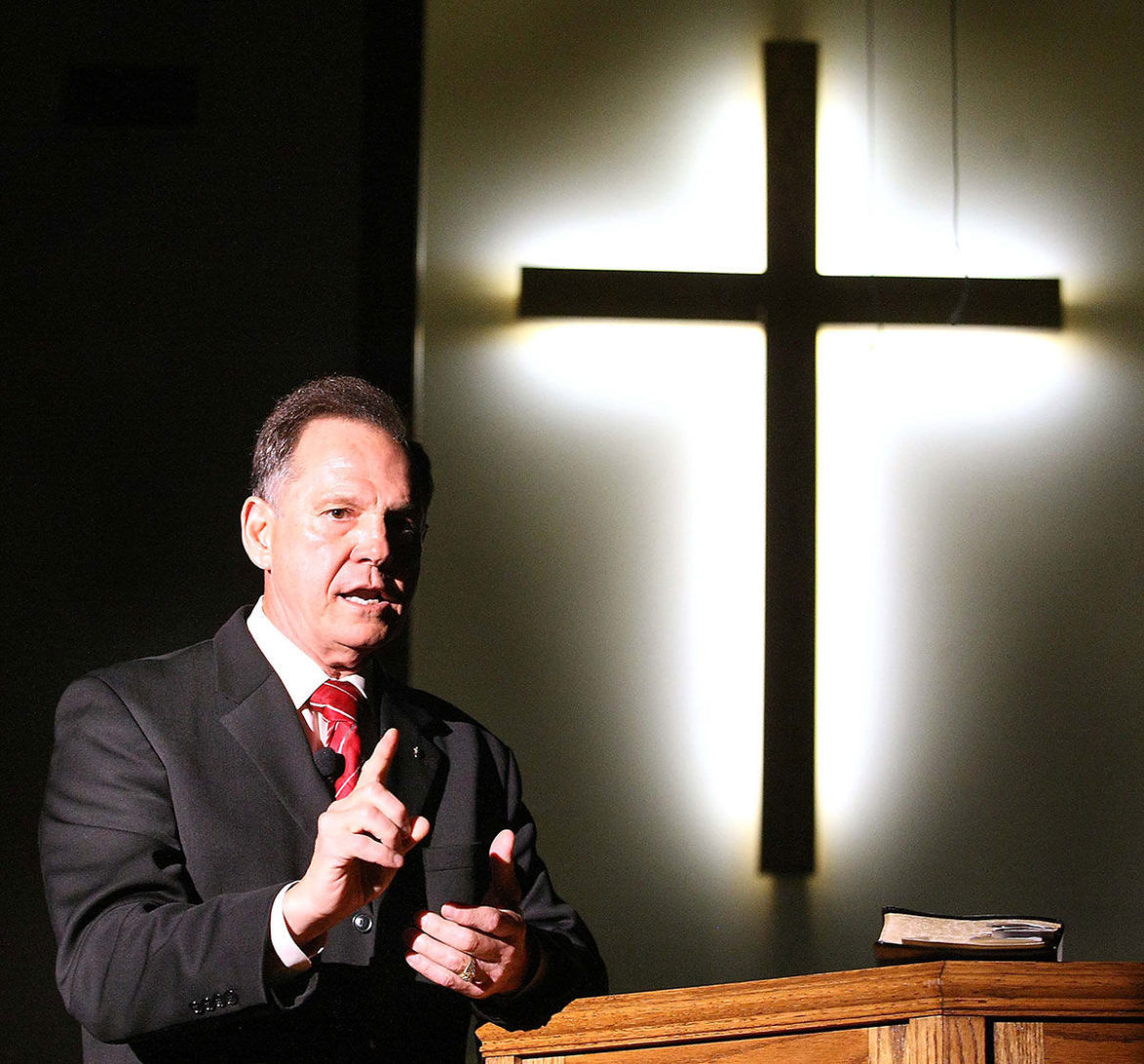 Roy Moore is a reincarnation of the most powerful ideas of the Tea Party. This is the establishment’s worst nightmare and Mitch McConnell, Jeb Bush, and other establishment political leaders have reacted by treating Moore like a pariah by supporting withering accusations that have come out of nowhere.  (The Democrats don’t really have to say a thing because it is the GOP establishment leadership that is doing all the condemnation.)

Moore has portrayed himself quite effectively as a defender of the Christian faith and the Constitution built upon that faith.  His campaign is a throwback to a time where American principles, not identity politics constituted the basis for legislative decision making in the Congress.  (So far, the media has managed to personalize the Moore “womanizing” situation and avoid attacking the Christian evangelical message he represents.  However, there is a nearly a month to go before the special election in Alabama and there are surprises yet to unfold.)

I have to question whether the stop Moore motivation is about behaviors that occurred nearly 4 decades ago or about stopping the Christian and constitutional message he brings.  While various opposing phobias and isms have been effective in suppressing dialogue that is viewed as hostile, there are no such phobias and isms available to Christians.  The result is that Christians, particularly evangelical Christians, have been mistreated with the consent of far too many political leaders – including those in the Republican Party.

Should evangelical Christians trust the Republican Party establishment? Unfortunately, I don’t see enough words and actions to make the case for the GOP establishment.  (I find it bizarre that President Trump has to carry the water for Christians virtually by himself.)